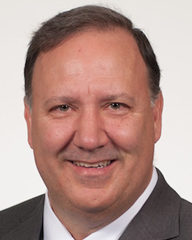 LLOG announced a trio of promotions to executive management positions. Philip LeJeune will become the company’s CEO and president, Rick Fowler has been named COO, and Phil Cossich is the new CFO.

LeJeune has been LLOG’s CFO since 2014. He joined the company in 1997, and has held various positions of increasing responsibility in the marketing, production accounting, acquisitions and divestitures, planning and finance departments. From 1995 to 1997, he worked in the tax division of Arthur Anderson’s New Orleans office. He holds a BS in accounting from Louisiana State University and an MBA from Loyola University.

Fowler joined LLOG in 2007 and had held the position of vice president of deepwater projects since that time. Prior to joining the company, he served for 12 years at Dominion E&P leading its offshore business unit. He also worked in various reservoir engineering and operation assignments. Fowler has been president of the SPE Delta Section and chairman of the Gulf of Mexico Deepwater Symposium, and he received the SPE Distinguished Contribution Award in 2008. He holds a BS in mechanical engineering from Tulane University.

Cossich currently serves as LLOG’s vice president of planning and budgeting. He joined the company in 2011. Before that, he was an associate at Macquarie focusing on acquisitions and divestitures for upstream E&P companies. He holds a BS in business administration from Washington and Lee University.