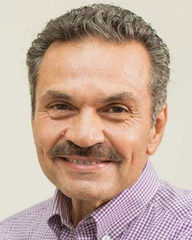 Incoming Mexican president Andres Manuel Lopez Obrador has announced that Octavio Romero will take over as CEO of Pemex when the new government takes office in December. Romero was a government official from 2000 to 2005, during Lopez Obrador’s term as mayor of Mexico City. During his political career he also served as PRD national councilor from 1994 to 1999 and as a senior official of the party’s national executive committee from 1996 to 1998.