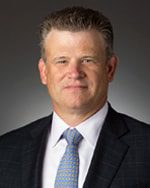 Gravity Oilfield Services hired Robert Rice as its new president and CEO. Previously, Troy Botts and Pat Bond served as co-CEOs. Bond has decided to leave the company, and Botts will remain in a senior leadership role. Rice previously served as Archrock's senior vice president and COO since December 2011 and November 2015, respectively. Before that, he held senior leadership positions at Exterran Energy Solutions and Hanover Compressor. He also formerly served as a flight test engineer with the US Air Force.