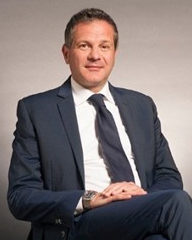 Saipem named Stefano Cavacini CFO, effective 15 November. Cavacini has more than 18 years of experience in finance, administration, and IT at various multinational groups in the industrial sector. He has been the CFO of Esaote since June 2015. Prior to that, he worked at Indesit, serving as CFO and group planning and control director 2011 to 2015. Cavacini joined Indesit in 2016 as a group controller director and later served as chief information officer. He has also worked for Banca del Piemonte and Fiat Group.

Cavacini holds a degree in economics and business from the University of Turin.