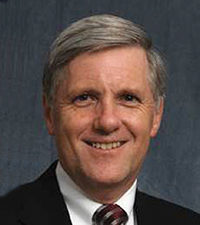 Advantek Waste Management Services named David J. Hayes to its board of ­directors. Hayes served as deputy secretary and chief operating officer (COO) of the US Department of the Interior from 1999 to 2001 and from 2009 to 2013. In that position, he helped manage the ­department’s response to the Macondo incident in the US Gulf of Mexico in 2010. Hayes has also been a partner and global chair of the environment, land, and ­resources ­department at Latham and Watkins, an international law firm. He is a distinguished visiting lecturer in law at the ­Stanford Law School and a visiting senior fellow at the ­Center for American Progress. He holds a bachelor’s ­degree in government and English from the University of Notre Dame and a juris doctor degree from the Stanford Law School.