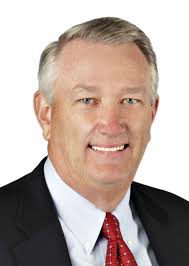 Chevron named Steven W. Green president of Chevron North America Exploration and Production, effective 1 March. He succeeds Jeff Shellebarger, who is retiring from Chevron after 38 years of service. Green, who is currently president of Chevron Asia Pacific Exploration and Production, will oversee Chevron’s exploration and production activities throughout North America, including the company’s portfolio of assets in Canada, California, the Gulf of Mexico, Pennsylvania, and the Mid-Continent region of the US. Green will report to Jay Johnson, Chevron’s executive vice president, Upstream. Nigel Hearne will succeed Green as president of Chevron Asia Pacific Exploration and Production, effective 1 March. Hearne is currently managing director of Chevron Australia and head of the Australasia Business Unit with responsibility for the company’s upstream interests and activities in Australia and New Zealand. In his new capacity, Hearne will oversee nine countries across the Asia-Pacific region.