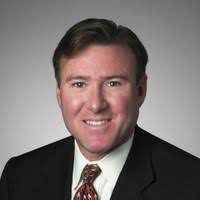 Freedom Oil & Gas announced that effective 14 January, J. Russell Porter will be joining the company as president, CEO, and a member of the board of directors. J. Michael Yeager, Freedom’s chairman of the board, president, and CEO, will remain as nonexecutive chairman. Porter is an experienced oil and gas CEO with expertise in the US shale development business, property acquisition, oil and natural gas marketing, and energy finance. He has over 25 years of experience in the energy industry, primarily leading publicly traded upstream companies operating in the US and also has 5 years of energy banking experience specializing in the natural resources industry. From 2000 to 2018, he served initially as chief operating officer and subsequently as president and CEO of Gastar Exploration, which he led from an early-stage company to it becoming a $1-billion enterprise at its peak equity valuation. From 1994 to 2000, Porter served in various capacities including executive vice president of Forcenergy Inc., a publicly traded exploration and production company. He holds a bachelor of science degree in Petroleum Land Management from Louisiana State University, and an MBA from the University of North Carolina at Chapel Hill.