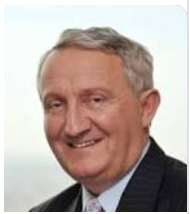 TechnipFMC Executive Chairman Thierry Pilenko will retire from the TechnipFMC Board of Directors, effective 1 May. He was appointed executive chairman of the board of directors of TechnipFMC to support the integration and provide continuity on a number of key projects following the formation of the company through merger. Following the completion of the TechnipFMC integration and the successful delivery and startup of the Prelude FLNG and Yamal LNG, Pilenko announced his plan to retire from the board of directors. He led Technip as chairman and CEO from 2007, and over the next 10 years grew Technip into an industry leader with exemplary project execution. In January 2017, he assumed the role of executive chairman of TechnipFMC. Doug Pferdehirt, TechnipFMC CEO, will assume the role of chairman of the board, effective 1 May. In addition, Pascal Colombani, current director, will be appointed to the role of lead independent director, effective 1 May.