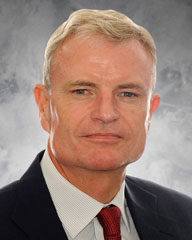 Bechtel has appointed Sir James Dutton, a former UK governor of Gibraltar and retired officer in the British Royal Marines, as regional president for Africa. Dutton previously worked for the company from 2010 to 2014 before leaving to serve his stint in Gibraltar. He rejoined Bechtel in 2016. In his new role, the company said Dutton will “work to build on the company’s relationships established throughout Africa and pursue projects that will support local employment and productivity in sustainable ways.”