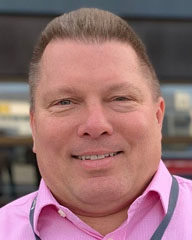 Archer, an oilfield services company, announced the resignation of CEO John Lechner. Lechner, who had been serving in his position since April 2016, is staying on as senior advisor during the transition period until a new CEO is appointed. Prior to becoming the CEO, Lechner had served as president of eastern hemisphere operations and as executive vice president, North Sea Region. He has more than 34 years of international oilfield experience, working for Schlumberger, Parker Drilling, and OiLSERV. He holds a degree from the University of Notre Dame.