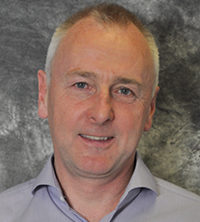 Tethys Petroleum named Stephen Elliott as vice president of project development and Mark Sarssam to the new position of senior vice president responsible for global new ventures. Elliott joined the company in April 2009. He is responsible for Tethys’ operated projects at the project stage. He is currently the general manager of the Uzbek development projects and is the general director designate of Tethys’ Georgian operating company. He has also served as general director of the Kazakh operating companies. His successor, Mikheil Ninua, will report to him in his new capacity. Trained as a geologist, Elliott has spent his career working in project management mainly with Baker Hughes before his move to Tethys. He has spent more than 14 years working in the former Soviet Union and in Africa and the North Sea. Currently, he is vice president of reservoir development and has worked for the company since 2011.