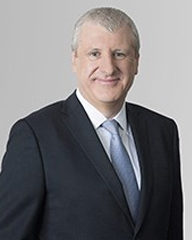 Canadian engineering and construction group SNC-Lavalin has named Ian L. Edwards as its interim president and CEO. Edwards, who has been the company’s COO since January, holds more than 30 years of global experience in delivering infrastructure and resources projects across North America, Europe, the Middle East, and the Asia Pacific region. He joined SNC-Lavalin in 2014 after six years in senior roles with the Leighton Group.