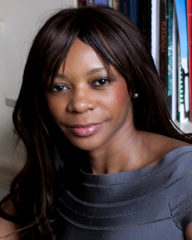 Chevron named Dambisa Moyo to its board of directors, effective October 11. She will serve on the company’s Audit Committee. Moyo is an economist and is the founder and chief executive officer of Mildstorm. From 2001 to 2008, she worked for Goldman Sachs in various roles. Prior to that she worked at the World Bank. She currently serves on the boards of Barclays, Barrick Gold, SAMiller, and Seagate Technology, and previously served as a director of Lundin Petroleum.