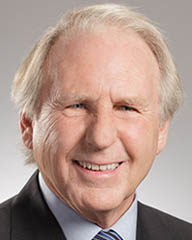 Charles Williamson was appointed to the board of directors at Greyrock Energy. Williamson worked in various positions at Unocal for 28 years, including a 5-year stint as chairman and chief executive officer at the company, until its acquisition by Chevron in 2005. From August to December 2005, he served as an executive vice president at Chevron. He also served as chairman of Talisman Energy until its acquisition by Repsol in 2015, and as chairman of Weyerhaeuser. He is currently the lead director of Weyerhaeuser and Paccar.