In Memoriam: Dan Adamson’s SPE Legacy a Lasting One 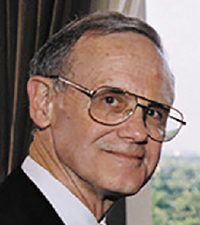 Dan K. Adamson, who guided SPE for more than 2 decades as its executive director and helped transform it into a leading international technical-professional association, died 26 December. He was 76.

Adamson joined SPE in 1965 as assistant to the executive secretary, the title of SPE’s top position at the time, working in administration, student relations, continuing education, and special assignments, and became publications manager in 1967. He eventually moved up the ranks to become assistant executive director and general manager and became SPE’s fourth executive director in 1979, after David Riley, who had held the position for 11 years, died suddenly of a heart attack at age 48.

Adamson would keep the top position until his retirement in 2001, establishing an indelible imprint on the Society. When Adamson joined SPE, it was a largely US-based organization with membership totaling 15,000 and a staff of fewer than 50. When he stepped down 36 years later, the Society’s membership had grown to 51,000 members from more than 50 countries and it had established offices in London and Kuala Lumpur as well as successful meetings around the world. “Dan was a great man who had an impact on many people and built SPE into a successful, international organization,” said Mark Rubin, who succeeded Adamson upon his retirement and is now SPE’s chief executive officer and executive vice president.

The year Adamson became executive director was a critical one for both the oil and gas industry and SPE. A second “oil shock” had hit the United States because of decreased production during the Iranian Revolution. Oil prices rose sharply and long lines were common at US gasoline stations. SPE was still under the umbrella of its parent organization, the American Institute of Mining, Metallurgical, and Petroleum Engineers (AIME), but the oil industry, and SPE’s membership, was becoming increasingly global. Some members of the SPE Board of Directors and officials at AIME wanted SPE to remain a primarily US-focused organization and become more involved in politics. Adamson strongly disagreed.

“When I first began working with Dan, SPE was just a subsidiary of AIME and there were some very different and strong perspectives about SPE’s future,” said Marvin Katz, who served as SPE president in 1980. “Some wanted SPE to become more involved politically in US affairs, representing the industry along with other associations. But Dan felt very strongly that SPE should be a nonpolitical, professional-technical association and should stay independent of domestic political affairs.”

Many consider Adamson’s guidance of SPE into a highly regarded international association as his chief legacy. In 1976, the SPE Board had passed a resolution stating that SPE should provide services to members worldwide, recalls Douglas Ducate, who became second in charge at SPE after Riley’s death and who also was instrumental in successfully building the organization.

Adamson and his supporters on the SPE board faced tough questions about whether SPE was charting the right course. “But he was able to maintain the relationship with AIME while building SPE internationally,” Ducate said. “The focus of his administration was to carry out the direction of the board to ensure that SPE became a successful international association, which involved recruiting members, establishing sections, and building relationships worldwide.”

And Adamson excelled at building relationships. “He knew literally thousands of SPE members—he knew their names, their companies, and he did everything he could to make you succeed,” said Dennis Gregg, SPE president in 1986. “He was always very supportive of the members but he never wanted or took credit.” 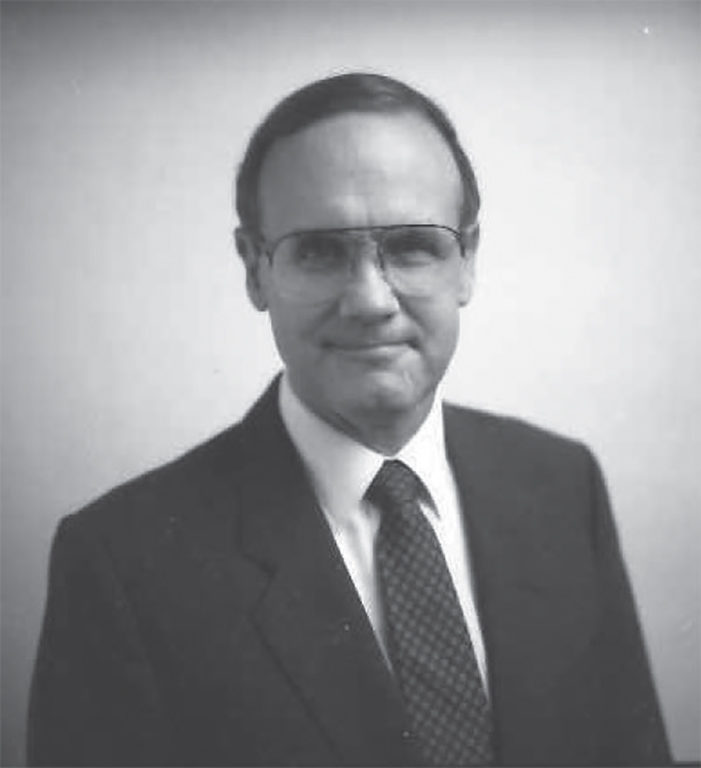 A Friend to Many

atz agreed. “Dan was comfortable working with people at all levels of the petroleum industry worldwide and was able to encourage not only engineers but management of the importance of SPE and its valuable role in information dissemination,” he said.

“So many people regarded Dan as one of their best friends,” said Katz, who traveled to China and other international venues with Adamson to build contacts and meet with members around the world. “When you talked to him, you had his undivided attention and he was genuinely concerned about you both personally and professionally. He was a wonderful friend to have.”

Lyn Arscott, who served on the SPE board as treasurer during the 1980s and was SPE president in 1988, said Adamson made any member he came into contact with feel welcome in the association. “He just cared for people. He would make the extra effort to talk to people, to solve problems, and to follow up,” he said. “If the board learned of a problem in a local section, Dan would immediately be on the phone trying to resolve it. He just knew everyone and knew who to talk to and he would work hard to resolve any issue that came up.”

He also worked with the SPE Foundation to build SPE’s headquarters building in Richardson, Texas, in 1984, as the staff had outgrown rented space in Dallas, and oversaw the technological upgrade of SPE staff operations. “He was the helmsman during SPE’s technology upgrade,” Ducate said. Oil and gas companies had become “way out in front in the use of technology,” he said, including the use of computers, data transfer, and email. “His drive to take SPE’s technology to a higher level to meet the needs of members was a juggling act. That whole shift in how we did business was a huge challenge for the staff.”

Colleagues and friends of Adamson frequently mention his desire to credit others for accomplishments and steer away from the limelight. “Dan was a very self-effacing person and had a style that allowed him to sit down with CEOs, members, or officials of national oil companies (NOCs) and make friends,” Ducate said. “He could sit down with anyone and explain the mission and value of SPE. He built relationships that led many NOCs to welcome SPE into their countries.”

After his retirement, SPE staff and board members tried several times to recognize his service to the association. “We tried for years to honor him after he retired and he refused,” said Gregg. “He said that SPE awards were for the members, not the staff.”

Arscott added, “Dan once said that his job was to make the SPE presidents look good, and that was typical of his unselfish nature.”

Another personality trait that stood out was his frugality, not only with SPE’s money but in his personal life. “He had a unique way of looking for the best bargains in travel,” Ducate said. “He could find inexpensive hotels in expensive locations and the most inexpensive plane routes. He came from a humble background, and he was thrifty in his approach to things throughout his life.”

Adamson was born 12 October 1939 in Vernon, Texas, a small town near the Texas-Oklahoma border. He attended the University of Missouri and graduated from Southwestern University with a BA degree in history. At Southwestern, he met his future wife, Diane, whom he married in 1962 and who preceded him in death in June 2015. They lived in Denver for 2 years where he taught school before moving to Texas.

A memorial service was held in January for Adamson at University Park United Methodist Church in Dallas, attended by many former SPE presidents and staff. He is survived by four daughters, Larkin Bryant, Rebecca Schatzle, Amy Anderson, and Sarah Kellar; and eight grandchildren.