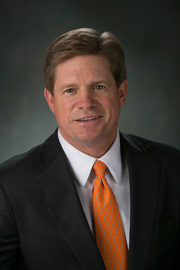 Jeff Hildebrand, founder of privately held Hilcorp Energy, has stepped down as CEO. Greg Lalicker, a petroleum engineer who joined the company in 2006 after roles at BHP Billiton Ltd.’s oil unit and at McKinsey & Co., was named CEO. Jason Rebrook, a former executive with GE Capital and Chevron Corp., was named president. Hildebrand founded the company in 1989 and will maintain his position as executive chairman and continue to be involved with the company.