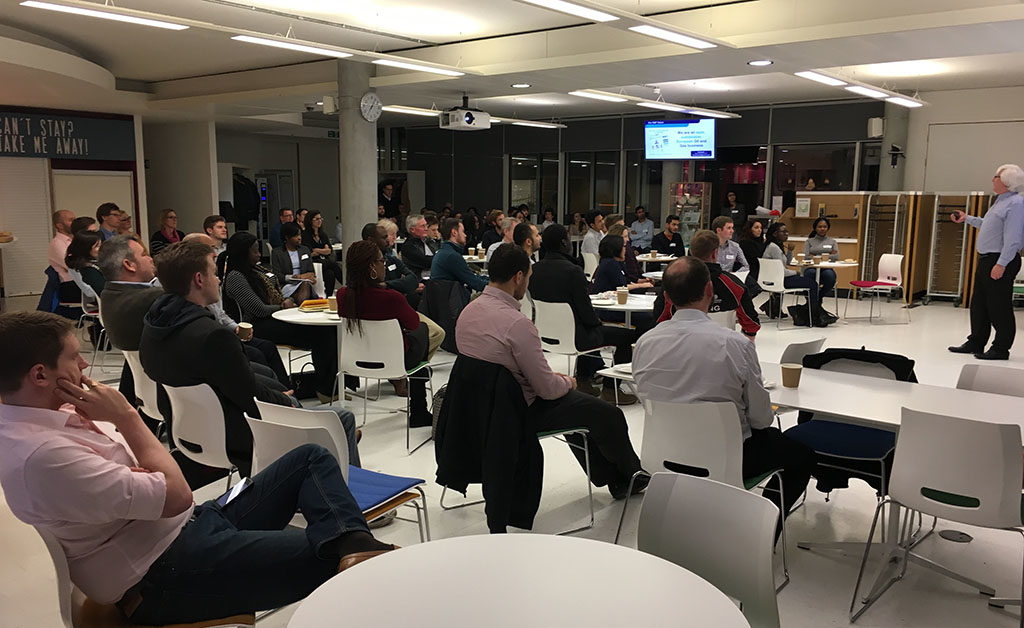 For the month of July, the SPE young professionals (YPs) of the Aberdeen Section took charge of the section’s social media accounts to promote section events and activities among a wider audience.

The YPs play an active role in the section and this provided a great opportunity to showcase the outstanding events they organize and host throughout the year using interactive, engaging content formats such as videos on social media platforms.

Over 7 days, 13 videos were shared on Tech Tours, Simplified Series, and Personal Stories, all focusing on what SPE means to YPs in Aberdeen.

Since the social media takeover by YPs, there has been a significant increase in followers across all three platforms, LinkedIn, Facebook, and Twitter, with videos viewed more than 1,000 times.

The YP committee in Aberdeen is one of the busiest, running up to three events each month. The “Simplified Series” is the longest running program held by the YPs, with the first talk given in 2012. It takes the form of a monthly technical presentation given by an industry leader on a technical subject related to the upstream industry.

“Unplugged 360” takes a look at the softer skills that YPs need to succeed in today’s industry. The event started during the downturn of 2014–2018 to help YPs identify skills they will need for the future.

The latest addition to the event calendar is “Tech Tours,” which came about as a happy accident—thanks to a chance meeting at a Simplified Series event in 2017 which ended with YPs being invited for a look around a valve company’s workshop. This tour then led to the creation of the Tech Tour program, which hosts visits to other companies at regular intervals throughout the year.

The YP committee also hosts exciting one-off events throughout the year. New for 2019 is a social networking event aimed at final year students and YPs new to Aberdeen. It is intended to help establish strong networks for those who are new to Aberdeen and those looking to start a career in the city.

At this year’s Offshore Europe Exhibition and Conference in Aberdeen in September, the committee will host the Emerging Engineers Forum, where YPs are able to to interact with senior professionals to ask questions and facilitate discussion in a roundtable format.

Although the aim of the SPE Aberdeen YPs is to organize events that benefit the upstream industry and the YP community, these are not exclusively for YPs; rather, they are open to all SPE members. All YP section events are free to attended; in lieu of payment for the events the committee opted to collect money for local charities as part of the Aberdeen’s sections SPECares initiative.

The committee is going from strength-to-strength thanks to its volunteers, which includes a mix of professionals and students who work for operators, service companies, and academia. Each volunteer dedicates some of their spare time to help bring these events together.

Ross Taylor is a member of the SPE Aberdeen Section’s Young Professionals Committee, having previously chaired the committee from 2013 to 2015. He works at ConocoPhillips Aberdeen in the Geological Services team and has more than 6 years’ experience in the oil and gas industry. He was the Innovation subcommittee chair of the SPE Young Member Engagement Committee during 2015–2017. Taylor holds an undergraduate degree in physics and a MSc in petroleum engineering from Heriot-Watt University.