In Memoriam: Stephen A. Holditch 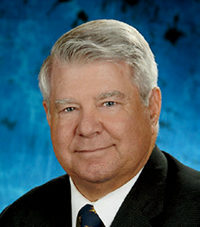 Steve Holditch, who served as SPE President in 2002 and was a fixture of the Texas A&M University Department of Petroleum Engineering, died 9 August. He was 72.

Holditch was born near Corsicana, Texas, and moved several times in his youth as his father pursued a career in the oil and gas industry. After high school, he attended Texas A&M and became a member of the Corp of Cadets there, an experience he said taught him valuable lessons in leadership. That began a lifelong association with the school.

“I felt like I needed to give back to the university that has been so instrumental to my life and to my career,” he said about joining the faculty there in a video taped by the school. “I have three degrees from A&M, I love this place, and I’ve tried my best to help A&M every way that I can.”

Holditch earned a BS degree in 1969, an MS degree in 1970, and PhD in 1975, all in petroleum engineering. He served on the faculty at Texas A&M from 1976 until his retirement in 2013. He was the head of the Harold Vance Department of Petroleum Engineering from 2004 through 2012 and was former head of the Texas A&M Energy Institute. He taught both undergraduate and graduate courses and supervised more than 100 MS and PhD students during his tenure there. Texas A&M named Holditch a Distinguished Alumni in 2014 and created a position in his honor, the Stephen A. Holditch ’69 Department Head Chair in Petroleum Engineering, which is currently held by former SPE President Jeff Spath. In 2016, he was inducted into the Corps of Cadets Hall of Honor.

Known for his straightforward style, Holditch found success in industry and made significant contributions to oil and gas technology. In 1976, he founded his own consulting company, S.A. Holditch & Associates, which assisted with petroleum engineering projects throughout the globe. After selling the company to ­Schlumberger 20 years after its founding, he became a Schlumberger Fellow for 5 years and traveled internationally as a consultant. Holditch was elected to the US National Academy of Engineering, the highest honor that can be given to an engineer, in 1995 at age 49.

“A leader of character is someone who makes the right decision and is always straightforward and honest,” he said in a video produced by A&M when he was named a Distinguished Alumni. “I’ve always tried to act that way. When I say something, I mean it. I’m not trying to finesse anybody. That’s who I am.”

He had many admirers throughout the oil and gas industry, both as a colleague and as a person. “Steve will be deeply missed,” said SPE CEO and Executive Vice President Mark Rubin. “He was a great leader who had a very positive impact on SPE and the many people he worked with in the industry over the years. He epitomized a quote attributed to Harry Truman, ‘It is amazing what you can accomplish if you don’t care who gets the credit.’ ”

“Steve combined two very rare qualities: he was an incredibly smart man but was one of few words,” said Spath, 2014 SPE President. “He could simplify the most complex of problems into everyday terms and normally managed to interject a bit of humor. I had the utmost respect for him.”

Holditch held numerous leadership positions in SPE and received many honors for his volunteerism with the Society as well as his technical expertise. Besides being SPE President in 2002, he served as vice president–finance, was a member of the SPE Board of Directors during 1998–2003, and was named an SPE Honorary Member, the Society’s highest honor, in 2006. He received some of SPE’s highest technical awards, including the Lester C. Uren Award, John Franklin Carll Award, and Anthony F. Lucas Medal.

“Steve was a great friend and mentor to many,” said Nathan Meehan, managing director at Gaffney, Cline, and Associates and SPE President during 2016. “When I went back to college to pursue my PhD, he spent a lot of time counseling me and providing practical advice. I first served on the SPE Board of Directors when he was SPE President; it was easy to see how much he loved and cared for the Society and our members. He was fun to be around and mixed advanced technical knowledge with homespun wit. We will all miss him and cherish our memories of him.”