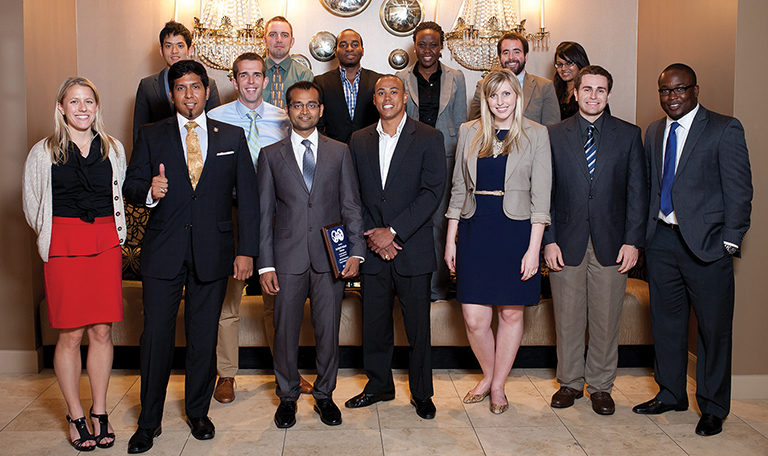 SPE’s Gulf Coast Section (GCS) was one of five winners of SPE’s 2013 Section Award for Outstanding Young Professional Activity. The Section has won this award 3 years in a row. A large part of this success can be attributed to GCS YP board members actively working to address the concerns of its membership base throughout the year.

A few best practices included the preparation of an annual survey early in the calendar year—this was done to gauge Section members’ interest in events ranging from Distinguished Lectures, technical discussions, and networking events.

In addition, social media were used not only to disseminate event information, but also to post event pictures and actively engage our YPs.

Two annual events were held—Roughneck Camp and Emerging Engineers Conference—both of which were a huge success. Roughneck Camp in particular drew more than 350 attendees from across several states in the USA. Interest in these events was generated by word of mouth, “cold calls,” and social media.

SPE’s GCS YP board rewards dedicated GCS YP members via the “Executive Club,” an initiative that continues to be commended by all GCS members.

The GCS YP Sponsorship Committee raised more than USD 40,000 over the course of the year; the sponsorship funds paid for almost all events and also contributed to scholarships.

Most importantly, a new “SPE GCS YP” mobile app was introduced across all popular platforms, including Apple, Android, and Blackberry. The launch was a big success with several downloads from across our membership base.