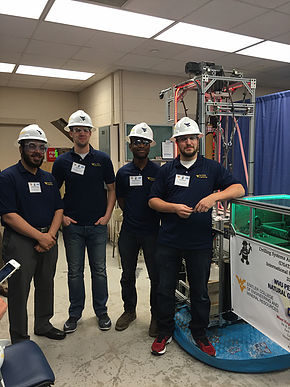 The WVU team drilled a fully vertical wellbore in a 10.5-in thick rock sample in 27 minutes using the automated drilling rig that they designed and built. They included interactive drilloff tests to select optimal drilling parameters in near real time. Members of the team are Tawfik Elshehabi, Zachary Cox, Gbolahan “Bugzy” Idowu, Cody Smith, and Rachael Richard. Ilkin Bilgesu is the faculty advisor. The Phase I submissions for this international competition received innovative concepts from 10 schools, and five—WVU, Colorado School of Mines, Texas A&M University, University of Oklahoma, and University of Texas—were chosen for the finals. 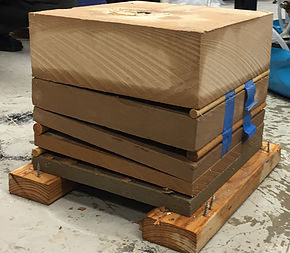 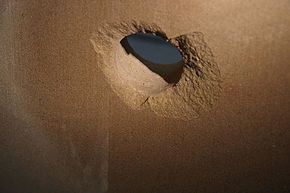 WVU’s rig design has three parts: simulation, assembly, and system integration. Building the rig involved several steps: creating the model and validating with CAD software, ordering parts, and connecting and programming controllers and sensors. Cox, who served as the student lead for the WVU’s team said in a WVUToday article, “For most of the construction, there was a strong emphasis for us to do everything we could ourselves. This was primarily due to the experience we had and to save on cost. It also allowed us to go through many design iterations to find what worked best. This became a familiar event for us: try something that seemed like a good idea and then improve it as we went along. While there was always a plan on how to do things, this was nearly always adapted to suit our position better.”

Drilling a vertical well efficiently through the rock sample DSATS provides while controlling drilling dysfunctions is the primary technical objective of the competition. Students are expected to create, design, build, and operate a miniature drilling machine. To test the teams, DSATS judges travel to the participating schools with the rock sample, test the equipment, and videotape the drilling. The winning team is provided funding to travel to ATCE to present its work.

With this competition, the DSATS aims to bring students from different departments together for problem solving and help them experience working in multidisciplinary teams: the mechanical and electrical engineers to build a stable, reliable, and functional drilling rig; control engineers to architect a system for real-time control; and petroleum engineers to understand drilling dysfunctions and come up with mitigation techniques.

The Drillbotics website notes the following about this year’s competition:

Students can visit the Drillbotics website to learn about the 2017 competition and the Archives section to access the Phase 1 design reports of all the teams that participated so far in the competition.

Update, 26 September 2016: Read the coverage of the WVU team's presentation of their Drillbot at ATCE here.