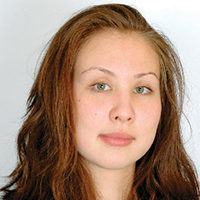 Kazakhstan, once one of the 15 republics of the Soviet Union, has gained international prominence in the oil and gas scene. The country is a rising star in the oil and gas industry, with rich hydrocarbon reserves and several world-scale projects such as the Tengiz and Karachaganak field developments. With a burgeoning oil and gas industry, petroleum engineering and geology students are becoming more active in seeking out development and networking opportunities.

The SPE Student Chapter of Kazakh Natl. Technical U. (KNTU) organized its third international youth forum on “Future Caspian Oil and Gas” in Almaty, Kazakhstan, during 15–16 April. Approximately 300 students attended from universities across Kazakhstan, Russia, Uzbekistan, and Kyrgyzstan. The main goal of the forum was to give professionals and students a chance to meet and discuss issues to help promote future sustainable development of the oil and gas sector of the country.

The event included guest lectures, training, a student conference, and a debate tournament for students. Students presented reports on technical subjects ranging from geological modeling to hydraulic fracturing to a jury of company representatives. The conference also hosted a session of presentations by E&P and service company representatives. The debate tournament was conducted in Kazakh, Russian, and English languages, reflecting the international nature of the country’s industry today. It was devoted to discussion topics such as E&P guidelines for energy development, environmental protection, new technologies, offshore-field development, and investment in oil and gas.

Winners of the student paper competition and debate tournament were awarded prizes from sponsoring companies. Company representatives in attendance gained valuable exposure to a diverse group of enthusiastic and capable students who are aspiring for careers in the petroleum industry. There are no dedicated career fairs for oil and gas students in Kazakhstan, and university recruitment is not well developed. The forum provided an excellent opportunity for companies to target students and for students to learn more about career options in the industry. A number of students attending the conference, and particularly those who helped to manage the event, received offers for internship and graduate placement.

Apart from starting useful relationships with future employers, the participants also networked with their peers from different universities and countries. The forum was a good means for the SPE KNTU Student Chapter to enhance its relationship with student chapter members at the U. of Ufa, Russia, who participated in the event. Now, both groups are thinking about ways to arrange sponsorship for their participation in the student conference to be held in conjunction with the SPE Russian Oil and Gas Conference in October in Moscow.

It took the dedicated efforts of 20 students to organize the forum, which greatly enhanced their project management and interpersonal skills. There was no fee for student participation, and forum financing relied solely on sponsorship contributions from companies. Students working on the organization of the forum had previously received guidelines and advice in fund-raising as part of a Natural Resources Management project sponsored by the U.S. government.

The organizers also received enthusiastic feedback from sponsoring companies that said they will be participating in future events to keep in touch with the student community to help students get prepared for careers in the industry. 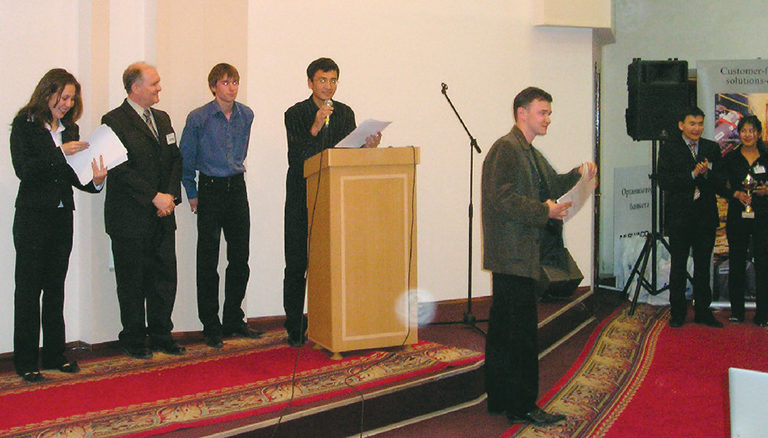 E&P and service company representatives gave presentations during the event. 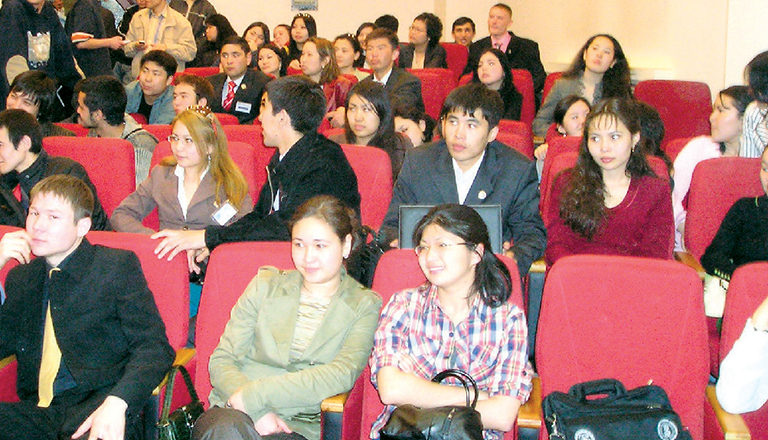 The forum attracted 300 students from throughout the region.