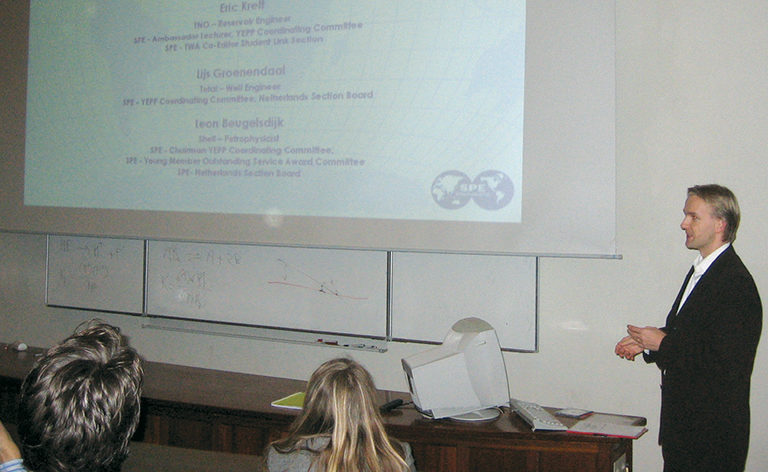 On 15 February 2006, the Ambassador Lecturer Pilot Program kicked off at Delft U. of Technology, Faculty of Earth Sciences. The event was hosted by Nicolaas Boot, President of the SPE Student Chapter Delft. About 25 graduates and PhD students attended the event.

The lecture was presented by three young professionals who gave personal insight on their past and future careers in the E&P industry. Ambassador Lecturer Eric Kreft started his presentation by setting the scene of today’s global energy industry and projecting the future work environment and opportunities for new employees. He revealed a correlation between his personal career and family life. Lijs Groenendaal presented her career as a function of the fluctuating oil price over the past 10 years. She showed examples of the diverse international environments in which she has worked. The lecture was concluded by Léon Beugelsdijk, who demonstrates the fact that it is never too late to start a career in the E&P industry. Starting as a mining engineer in Chile, Léon has progressed toward becoming an appreciated petrophysicist in the oil and gas industry. He gave his personal view on how SPE has helped him foster his career.

The unbiased and cross-corporate presentations by the three young professionals were well received. The presenters were available for all questions, mainly with respect to the expectation of students about the start of their professional careers. Unavoidably on a Wednesday, the meeting continued with pizza in Het Noorden, the authentic mining bar in Delft. The evening progressed as an informal gathering of young professionals of the SPE Netherlands Section and Delft students.

It is planned to hold the Ambassador Lecture in Delft once a year. The SPE Student Chapter Delft is very much appreciated for organizing the event. 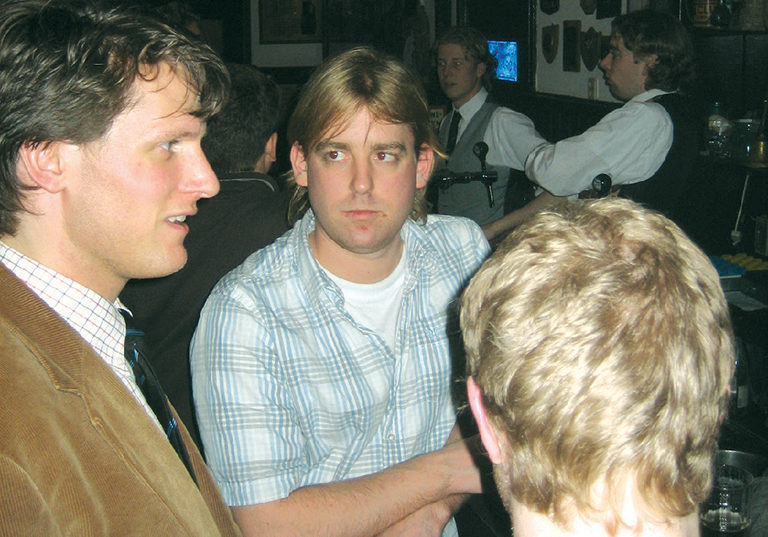 Informal gathering in the Delft mining bar Het Noorden. On the left: Nicolaas Boot, President of the SPE Student Chapter of Delft.