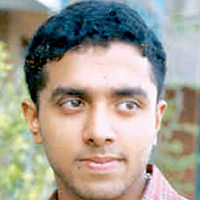 The first Young Exploration and Production Professionals (YEPPs) meeting involving YEPPs from throughout the Middle East was held in November in Doha, Qatar, during the SPE International Petroleum Technology Conference. This was the first meeting where YEPPs got to meet face to face and discuss their newly formed YEPP sections and the challenges they are facing. Participants also planned an Education Day and a 2006 YEPP workshop.

The meeting kicked off with Sadek of the Egypt Section discussing the progress made by YEPPs in Egypt and highlighting some of the obstacles such as finding time to meet regularly and getting financial support. This was followed by a presentation on the activities of the Saudi Section, which was presented by Thomas on behalf of Karam Yateem who could not attend the meeting. The Saudi Section has made progress on activities involving YEPPs but is still trying to organize events and form a YEPP committee. Al-Muftah provided details from Bahrain. He said the main challenge there is lack of sufficient members to form a YEPP section. It was suggested that Bahrain YEPPs join with the Saudi Section.

Shaikh, Chairperson of the SPE Dubai and Northern Emirates Section, gave a short talk on what he would like YEPPs to do in the region, including becoming more visible and sponsoring presentations tailored to YEPPs on how they can add value to their company and similar topics. A YEPP section will be set up in early 2006 for Dubai and the Northern Emirates, he said. Rassipour told of her plans to help establish young professionals’ sections in Yemen and Iran. Finally, Thomas gave a short presentation on YEPP activities in Oman and the status of an upcoming event.

The YEPP Council also broke into groups to prepare for sessions on “How To Work in Teams” and “How To Do an Interview,” which were to be presented to the 50 students who would be attending Education Day at the conference the following day.