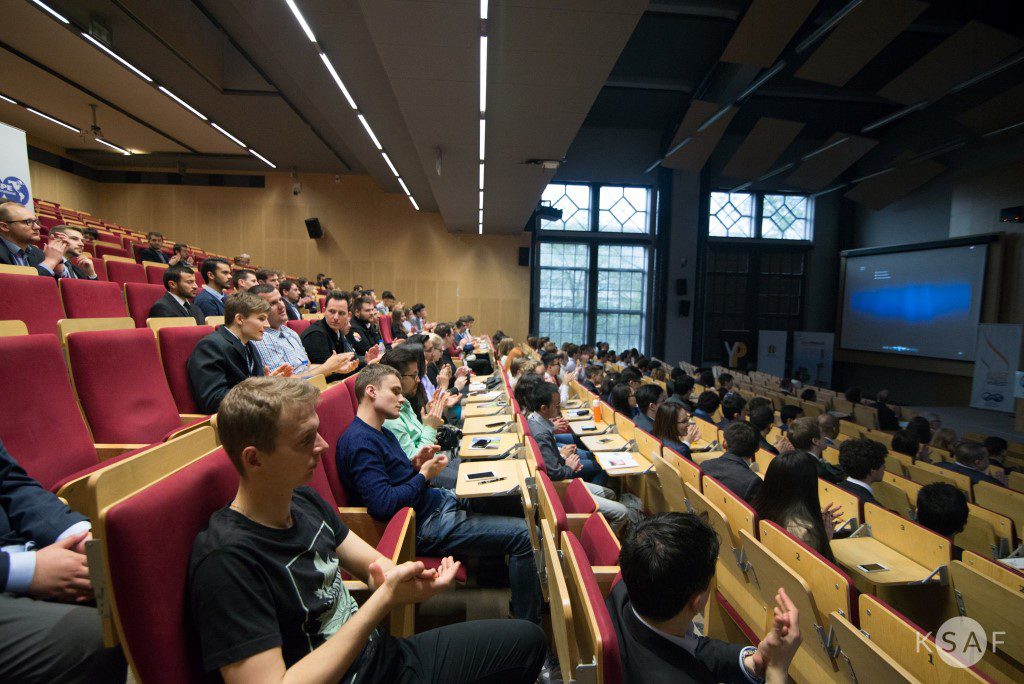 The eighth edition of the East Meets West International Student Petroleum Congress was held 4–7 April at the Akademia Gorniczo-Hutnicza University of Science and Technology (AGH UST) in Krakow, Poland. Around 250 participants representing 26 countries and several companies from the exploration and production sector participated in the event. This year’s congress was special as it hosted the European qualifier for SPE International’s Student Paper Contests and PetroBowl. Winners of the contests will represent the European region at the SPE Annual Technical Conference and Exhibition (ATCE) in October in San Antonio, Texas.

The winner of the Undergraduate section of the Student Paper Contest was Wojciech Labuda from AGH UST for the paper “Profitability Calculations of Abandoned Mine Methane Production in the Upper Silesian Coal Basin.” Dongue Dongue Dietrich Kevin, representing Imperial College London, won the Postgraduate category for his paper “Study of Grid Effects on Leak-off Rate Calculation for a Numerical Fracture Propagating Model.” The best from the PhD category went to London South Bank University’s Marsha Maraj for the paper “Deriving the Pore Size Distribution of Selected Reservoir Material Using a Combined MicroCT and NMR Approach.”

Emotions were running high during the Petrobowl Qualifiers. Twenty-three teams gathered from the Europe and Caspian Region and resulted in the selection of five teams that will represent the region at ATCE:

Debates are always very popular in the congress’ agenda. It was no different this year with the “HSE Aspects in Oil & Gas Industry” and “Women’s Role in Modern O&G Industry” debates. The panelists were experienced professionals, and the audience could gain knowledge, interact by asking questions, and raise a discussion. Both panels showed that the future of our industry and the situation of women is bright despite the oil price downturn.

This conference would not have been such a success if not for the partnering companies: MOL Group, Schlumberger, Baker Hughes, EuRoPol GAZ, and PGNiG. Their support enabled organization of the congress, gave students the opportunity to find out about the chances of employment, and take part in the recruitment organized by Schlumberger.

The East Meets West conference is and always has been about bringing young people together in the center of Europe, creating an environment to enable them to gain knowledge, exchange experience, and develop friendships. Seeing you all there was a true reward for the year of preparations, and I hope that our efforts resulted in a fruitful event and great memories for you.