Changing Disciplines in E&P: Why You Should Do It 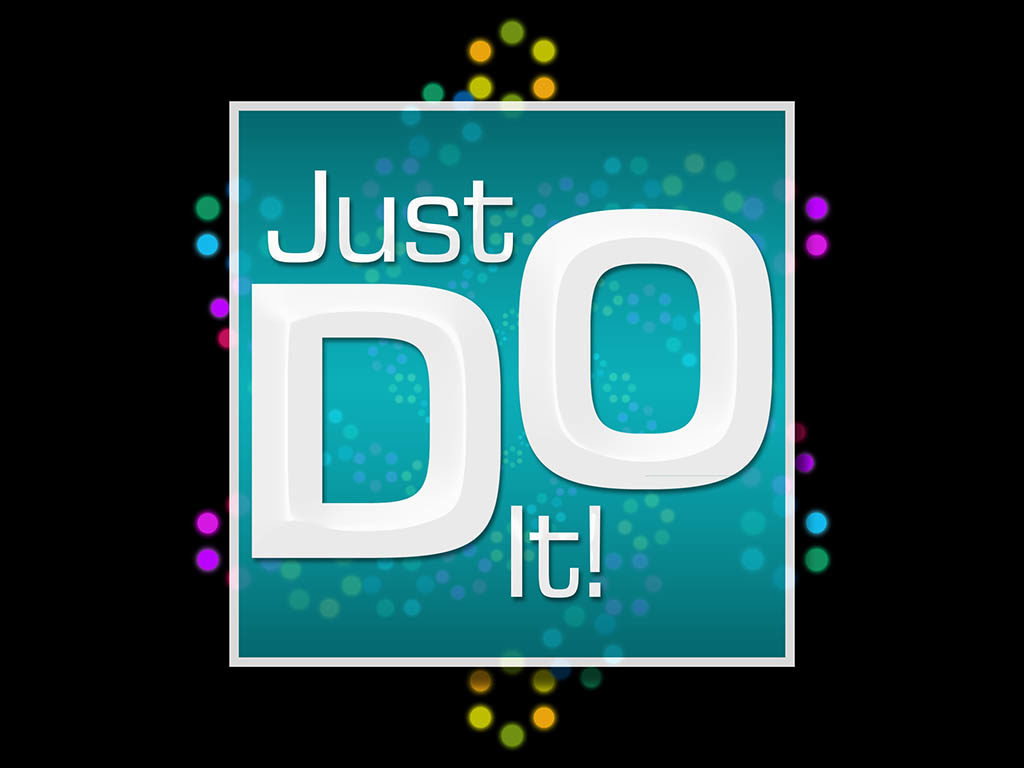 Legendary entrepreneur and businessman Henry Ford once said: “You can’t build a reputation on what you are going to do.” Contrary to what some may think, this line of thought is applicable not only to companies involved in manufacturing, marketing, and selling tangible products, but also to our professional lives. Building a reputation as a competent and respected E&P professional is a gradual process, one that only you can steer and keep on the ascent.

The last issue of The Way Ahead contained a talk that Stuart Ferguson, Chief Technology Officer and Senior Vice President of Weatherford, gave to members of the Aberdeen Emerging Leaders Program on career advice. Among his several excellent suggestions, Ferguson advises to “get as much breadth of experience as possible in the early years of your career. Within your first 10 years, decide what you are good at.” Simple enough, but how well are E&P professionals acting on this advice?

One of the most common complaints that I hear from young petroleum engineering graduates is that our field of action is rather limited to a few key areas within the E&P industry, with the bulk being concentrated in the broad fields of reservoir, production, facilities, and well engineering. While this assertion is an oversimplification, considering the many other areas from marketing to subsea technology and from petrophysics to planning and economics, their complaint is well founded and valid. However, behind this apparent dark cloud lies a silver lining waiting to be discovered.

So, what is the silver lining? Simple: The four major areas that make up the bulk of the E&P discipline are very closely interconnected. Furthermore, since there are basically four major areas to focus on, getting that breadth of experience Ferguson is referring to and becoming a knowledgeable, well-rounded E&P professional should not be that difficult after all. While this is far from shocking news to petroleum engineering graduates, it may not be as apparent to new, nonpetroleum engineering professionals in the E&P industry.

During my 13 years in this industry, I have had the opportunity to observe some clear trends when it comes to the ability and willingness to change disciplines in three generations of energy professionals: those now in their late 40s and early 50s, those in their 30s (my own generation), and the new wave of young professionals.

My first observation dates back to the late 1980s and early 1990s, when I first joined the industry. I noticed that a significant number of those already regarded as successful, respected, and competent E&P professionals had held several positions. They had worked in the field and in the office, and had also switched gears and held technical positions in at least two and often three of the four major areas. Some even ventured into other areas such as planning and economics; health, safety, and the environment; and even human resources. And those were not short stints, but at least 3-year assignments that left them with a “skill” level of the subject, not just “awareness” or “working knowledge,” the latter being a fancy term for “can do but needs someone to check the results for accuracy.”

It was the era of the “true Jack of all trades.” The engineer at some point in his career knew how to generate pressure plots for drilling that new well, design the casing and tubing strings, optimize the hydraulics on the bit, make an on-site interpretation of the openhole logs, select the completion equipment, quality control the pressure data from the drillstem test, choose an artificial-lift method, and play with transparency paper and those elusive type curves to try to understand why the well did not measure up to expectations. They could even have run the economics of a stimulation treatment, plan it, and go to the wellsite to supervise it. Incredibly, most of this was done with the help of a basic calculator or slide rule, a sharpened pencil, and a notebook.

With time, these professionals settled for one particular area in which to dedicate their efforts, and that was when their supplemental background gave them that extra edge over the many others with single-discipline résumés. Too good to be true? Next time you have a chance, check the background of that former SPE President, Chief Executive Officer, or company Subject Matter Expert and see for yourself.

The decade of the 1990s brought aboard a new generation of then-young engineers who faced a new revolutionary change: advances in computing capabilities that meant the introduction of applied software in almost every area of E&P. This proved to be a blessing and a curse. A blessing, as otherwise complex and lengthy calculations and designs could be solved in a matter of minutes, and a curse, as companies, encouraged by the apparently steeper learning curve, tended to reduce the time-in-assignment duration and increase the number of assignments.

Another trend in the 1990s was the introduction of multidisciplinary teams and the formation of specialized “fit-for purpose” teams of specialists to whom complex projects often were outsourced. Excessive reliance on these teams, a common occurrence in major E&P companies with large R&D departments, led to an intermediate breed of E&P professionals who are skilled in one area and retain somewhere between “working knowledge” and “awareness” level in perhaps two more areas.

The early 21st century is bringing the new generation of E&P professional that is getting aboard during the best times the industry has seen in decades. Young professionals with fewer than 5 years of experience are being offered the opportunity to start taking control of important projects and even lead teams of new, entry-level professionals at a pace you would not have dreamed of before. However, this early onset of responsibility is causing many junior E&P professionals to become firmly rooted in the specialty of their first assignment. It is human nature, after all, to fall easily into the “comfort zone.” Many feel that a change in discipline would put them on the spot, without sufficient experience in the new area, while being just as accountable as in his or her former position.

To make things worse, some E&P companies are compounding the problem by implementing a “competency-based” progression scheme, which lists the core and associated competencies and degrees of competency for a particular salary level for each specialty. While in principle, and practice, this leads to a better professional, it also tends to fence the young professional in just one area and discourages him or her from making that jump from production to drilling or from reservoir to facilities engineering. Leaving that first specialty after, say, 4 or 5 years means leaving for an area in which your competency profile will have quite a few gaps for the same salary and responsibility level furthering the stress caused by the change. If changes in technical specialties are thus discouraged, you can imagine the difficulties in shifting from technical to sales, or marketing, or finance. Not all is lost however, and will and determination can overcome this barrier.

Ferguson advised to “Make changes happen. Exploit opportunities even if you are unsure. Quitting jobs can be daunting, scary, and uncomfortable.” Having changed companies twice myself, having quit a job to pursue an MS degree, and having held positions in facilities, rig operations, production, and reservoir engineering, I can relate to the emotional implications of such changes. I can say, however, that it was worth every single moment of it.

I began working in the industry as a roughneck on a drilling rig in the mountains of the upper Magdalena Valley in Colombia in 1988 during the exploration campaign to discover the Balcon oil field. Upon graduation from college in 1992, I had a brush with facilities engineering for about 6 months before I entered an excellent series of 1½-year assignments in the field as electrical-submersible-pump/artificial-lift engineer, wellsite wireline and logging engineer, and rig operations engineer, all in the giant Caño Limon field on the Colombian border with Venezuela. Just when I was falling into that “comfort zone,” I left the company to go back to college and pursue an MS degree in petroleum engineering with an emphasis in reservoir engineering and wrote my thesis on neural networks and hydraulic fracturing. I returned to work in 1998 as a production engineer dealing with offshore operations in the western and central Gulf of Mexico, and 4 years later, I transitioned into a surveillance reservoir-engineering role.

Changing disciplines is never easy, and during my last change I faced difficulties in meeting the requirements for grade progression. However, here is where your determination to reach your goals is your best ally. Be willing to compromise, as it will pay off in the long run. Talk to your line manager. Make your goals visible to those in charge of your professional development. Draw a clear plan to create a solid professional foundation, and sell it to your management. The relative shortage of effectively cross-trained E&P professionals will make your plans welcome among open-minded managers. The odds are with you.

While I cannot claim to have expertise in every single area I have been involved with, I can credit all these changes in helping me define the area of our industry that I want to focus on, and in which I believe I can excel. It helped me better define the road map to the second phase of my professional life, the very same phase you young professionals will be entering in less than a decade.

Fellow colleagues, accept the challenge. As Henry Ford said, “You can’t build a reputation on what you are going to do.” You have to do it, and do it right. Change disciplines in those early years, even if that means coming out of your comfort zone or translates into delays in your progression or causes a perceived loss of accountability. Consider changing companies if they do not support you on your quest for your niche in E&P. Consider going back to college and pursing an advanced degree. Make those first 10 years of your professional life the building blocks of a successful career in E&P. Time flies, and before you know it, you will be looking back and you will be glad you did so.

Luis Carlos Colmenares is a senior reservoir engineer for Shell’s Ursa tension-leg platform in the Gulf of Mexico, based in New Orleans. The Ursa TLP serves as a hub for the nearby Princess and Crosby subsea fields. At Shell, he has held positions in reservoir and production engineering, working in the Enchilada/Salsa and Conger fields and for the Western Gas Div. of SEPCo. He also worked for Occidental Petroleum in Colombia at the Caño Limon field in various field and rig operations assignments. Colmenares earned a BS  degree from the U. Industrial de Santander in Bucaramanga, Colombia, and an MS degree from Texas A&M U., both in petroleum engineering.