How Clouds Form Over the Oceans: A Story About Multidisciplinary Collaboration 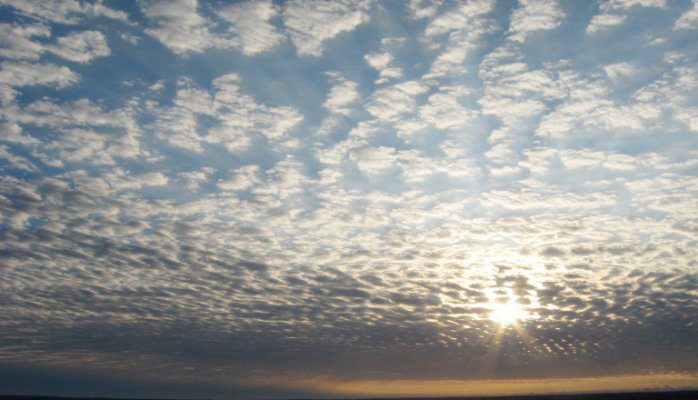 Charles Darwin published his theory of evolution called “The Origin of Species by Means of Natural Selection” on July 1, 1858. This publication was extraordinary because it presented a revolutionary new theory that explained how a species can diverge over time through a process called natural selection.  This process was later described as “survival of the fittest” by Herbert Spencer, a contemporary of Darwin.

Ryan describes many scientists and their research that illustrate “Darwin’s Blind Spot” but I was most fascinated by the life of James Lovelock and undertook some research to develop a better understanding of Lovelock’s remarkable life of accomplishment.

Lovelock was born in 1919.  He is now 97 years old and living in Devon, England—he has spent his life focused on scientific invention and research.  In 1957, early in his career, Lovelock invented the electron capture detector which enabled the detection of chloroflurocarbons (CFCs) and other atmospheric nano-pollutants. His invention was an incredibly sensitive detector that made it possible to detect halogenated compounds like pesticides and CFCs at levels as low as one part per trillion. Lovelock’s invention revolutionized our understanding of atmospheric pollutants and through the work of many scientists eventually led to the establishment of the Montreal Protocol on Substances that Deplete the Ozone Layer.

In the mid-1960’s, Lovelock was invited to join NASA to work on the early Mars space program to determine whether Mars supported life. Lovelock believed that life would only exist on Mars if there were observable changes to the climate over time.  In other words, if life existed, it would impact the climate in some measureable way.  Based on his work with NASA, Lovelock began to originate an idea that he called the Gaia Hypothesis or Gaia Principle which he published in 1972 in an article “Gaia as seen through the atmosphere” in the journal Atmospheric Environment.  In 1979 he published a book called “Gaia, A New Look at Life on Earth.”  Lovelock hypothesized that “organisms interact with their inorganic surroundings on Earth to form a synergistic self-regulating, complex system that helps to maintain and perpetuate the conditions for life on the planet.” (Wikipedia)

As Ryan describes in his book, Lovelock made a very interesting discovery when he lived with his family in rural southwest Ireland in the 1970s. Lovelock would frequently walk along the seashore near his home with his gas chromatograph to test the gasses that were being produced from the seaweed.  He knew that there was a famous Professor named Challenger who had discovered that dimethyl sulfide was produced from a specific type of marine algae.  From the tests Lovelock conducted, he observed that the seaweed produced enormous quantities of dimethyl sulfide.

This realization led Lovelock to undertake more study to further understand the sulfur cycle and determine if dimethyl sulfide was produced more extensively throughout the oceans. Unable to obtain research grants, Lovelock managed to get a spot on a research ship bound for Antarctica.  He self-funded the project and measured sulfur-carrying gasses all over the world.

Many years later, in 1986, Lovelock was invited to lecture at the University of Washington in Seattle.  Lovelock met Robert Charlson, a meteorological chemist who attended one of the lectures.  Charlson was trying to understand how clouds form over the ocean and he wanted to collaborate with Lovelock about his research.

This was an amazing discovery.  The interaction between the growth of algae and the production of dimethyl sulfide and the formation of clouds is a natural system where the algae essentially creates the cool ocean surface temperatures that are its preferred living conditions.  Ryan reports that “Charlson calculated that the clouds, in reflecting back the heat of the sun, cooled the global climate by about 18°F.”  The findings were published in Nature magazine in 1987.

This journey of discovery and collaboration is a remarkable story in many ways.  It is amazing to consider that the tiny organism we call algae is tremendously influential in regulating the temperature of our global climate.  It is even more amazing to consider that this discovery was only recently made and would not have been possible without the fortunate collaboration between Lovelock and Charlson. After my presentation, I asked the audience the following question:  How do we lead by example to encourage ourselves and our colleagues to achieve breakthrough outcomes through collaboration?  I divided the audience into two groups and asked the first group to list a few characteristics of leaders and organizations that prevent collaboration and I asked the second group to list a few characteristics that enable collaboration.

The second team discussed several personal and organizational characteristics that can enable collaboration:

Most of the individuals in the audience were employed by large organizations and could cite several examples where collaboration had worked and examples where collaboration was thwarted.  As the group reflected on the question and shared their experience, more ideas emerged such as the observation that sharing small wins can help shift perceptions and encourage collaboration as well as recognition of the importance of frequent communication to maintain momentum when breakthrough outcomes are desired.

The article was originally published by the author on his LinkedIn page.