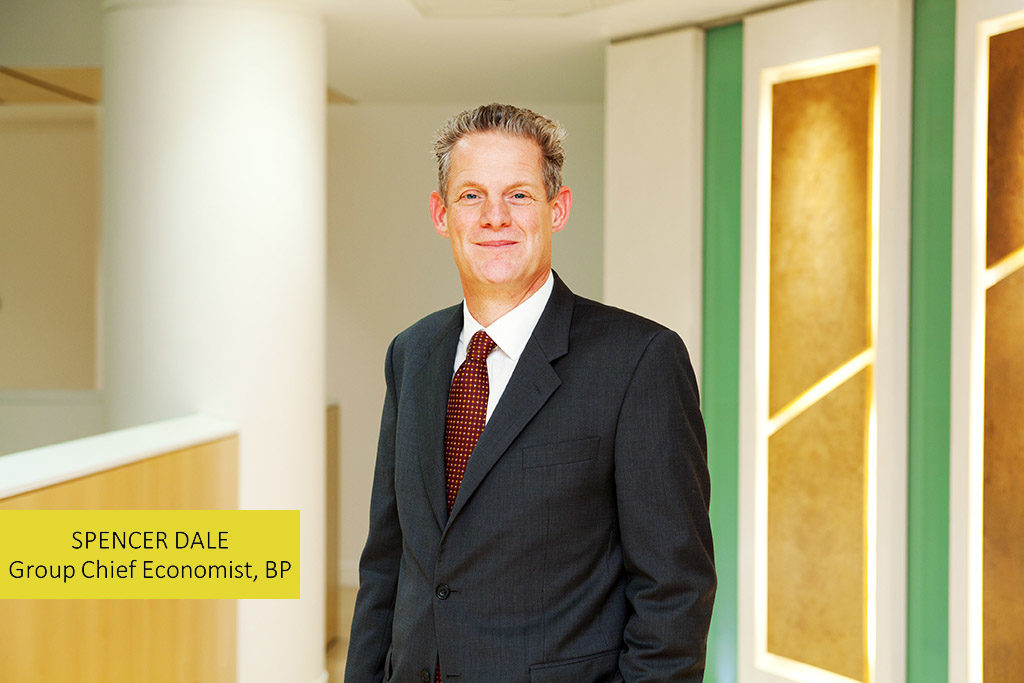 What is your role as chief economist at BP, and how does your team support BP’s commercial decisions?

Our role is to brief the board and senior management team on a range of economic and energy issues. We think about how energy markets are likely to evolve over the short and long term as energy demands change, the pattern of demand changes, and the role of fuels changes. In addition, we also get involved in discussions about the risks and opportunities in investing in individual countries.

Given your background at the Bank of England, could you comment on Brexit’s potential impact on the oil industry?

I think it is still too early to say—and I think the truthful answer is we do not know. Implications of the Brexit for the UK could be significant and it will be determined by how the UK negotiates trade deals with the EU and rest of the world. Oil markets are a global industry so the effects are likely to be less pronounced. However, if Brexit is part of a broader movement toward greater protectionism and anti-trade, then that could have negative implications for the oil industry. I certainly hope that is not the case because the global economy depends on free trade and the benefits of increasing globalization.

Moving Oil and Gas to Markets

You’ve spoken publicly about the “new economics of oil.” Could you explain what that means?

My time at the Bank of England was not spent thinking deeply about oil economics on a daily basis, so I came into BP starting from the sorts of things I learned in university that underpin oil economics. One original belief was that oil would ultimately run out. What we have actually seen is an increasing abundance of oil supply, so over the past 30 to 35 years, we have discovered two barrels of oil for every barrel of oil we have consumed. It seems we are far more likely to see peak oil demand rather than peak oil supply. Instead of the relative price of oil continuing to rise, the price of oil will be determined by the movements of supply and demand. As soon as you start to recognize that, you realize that some of the key elements become things like: “How quickly will electric vehicles penetrate the transport system? How quickly will the productivity gains we have seen in US tight oil be transferred into other types of oil?”—so a whole different set of issues there.

Another old belief was that supply tends to respond only in a limited way to price movements, and that is because the lead time associated with conventional oil projects means that even if prices rise very sharply today I cannot increase supply straight away because it takes me a long time to commission new projects. Likewise, once those projects have been commissioned, if prices fall, then you do not immediately turn off that supply because of what you have sunk into that investment. The world of very steep supply curves like that gives you very volatile prices.

Tight oil changes the nature of oil supply, in the sense that the lead times associated with tight oil are shorter. Moreover, the decline rates are much steeper, so the supply will tend to respond much more quickly to oil prices. Tight oil provides a part of supply which is far more responsive to prices and that acts as a shock absorber for the oil market. I think we are likely to move to a world where prices are less volatile than they were in the past.

What does the current global trade of crude oil look like? Do you believe that the current oil flow is likely to change directions in the mid-/long term?

Global oil trade is massive. In 2015, we think more than 61 million BOPD was traded internationally. That is about two-thirds of total global consumption (~90 million BOPD). The extent to which oil is traded has been trending up over time: 10 years ago oil trade was closer to 60%; about 20 years ago it was 55%. Of that global oil trade, about two-thirds are in the form of crude oil, and one-third corresponds to refined products.

In terms of shifting patterns, perhaps the most significant is the changing role of the US. In 2005, the country was the world’s largest oil importer with 12 million BOPD, but in 2015 that was reduced to 5 million BOPD. The key driver of that is the huge growth in tight oil production, and the fact that oil consumption over the last 10 years has declined as efficiency increases. What I think we are likely to see, in a broad sense, is a shift in the pattern of oil flows.

In the past, oil typically was produced in the Middle East and flowed to the big markets in Europe and the US. Increasingly what we will see is oil flowing from west to east, from the US and Middle East to further east to big driving expanding markets of the future: China and India.

In February 2016, the first liquefied natural gas (LNG) shipment from Sabine Pass left the US for export. Can you comment on the effect US LNG exports will have on the broader energy industry?

I think the growth of LNG will have a profound effect on global gas markets over the next 20 years. We think roughly one new LNG train will come on stream every 9 weeks or so over the next 5 years. That is not based on some great fancy economic model; that is based on a dull accounting exercise where we sit down and add up all the projects over the world where a final investment decision has been taken, and which are being commissioned and are currently being built.

This matters hugely because LNG is far more sensitive to prices then pipelines are. LNG is special because it is mobile. What you will see is a move to a globally integrated gas market, just like we have a globally integrated oil market. There will still be price differentials across different gas markets reflecting different transportation costs, but prices will move up and down together, just like different types of oil prices move up and down in response to different shocks. Because if prices in one country begin to move too far away from the other, LNG will act like a glue because it can respond to prices, shifting supply to make sure that prices move up and down together.

So I think LNG will have a very profound effect on markets, and I think we are likely to see that come through fairly quickly over the next 3–4 years as we see this surge of LNG supplies, initially from Australia, but then increasingly from the US as well from 2018 to 2020.

Your job requires you to interact with a large audience. Is there one skill you commonly see that you think young energy professionals can improve on?

Be willing to challenge the way you do things—be willing to challenge the norms. Young professionals have the chance to add to things with a fresh mind and a new perspective. They should have the courage not to take everything as it is given and to challenge it—do it in a respectful way, do it in a constructive way, but prod and poke when you see things and ask why. Ask why we are not doing things differently, why we are not adapting or responding in a different way. If we are still doing something in a similar way to the way we were doing it 2, 3, or 4 years ago—that is odd in the way the world is currently moving and changing.

Everyone in the energy industry faces two massive challenges over the next 20, 30, or 40 years:

One, an obvious one, is making sure that we use energy in a sustainable way to avoid issues associated with climate change and harmful greenhouse gas emissions. There is also a second point, which I alluded to earlier, that energy demands are likely to increase dramatically over the next 30 years as some of the poorest nations of the world grow—lifting something like 2 billion people out of low incomes into middle incomes.

When thinking about the challenges facing energy, we need to think about solving both these problems. We cannot just focus on one and ignore the other. If all we do is focus on climate change and we leave many hundreds of millions of people in fuel poverty, that is not an acceptable answer. Likewise, if you only focus on supplying cheap and plentiful supplies of energy and you ignore the climate, it will also clearly be to our peril and the peril of our children and grandchildren. The key point I think any person working in the energy industry should remember is that we have to solve BOTH these challenges. Everyone working in the energy industry has a role to try and solve these challenges.

This is Part I of the interview. Click here to read Part II.