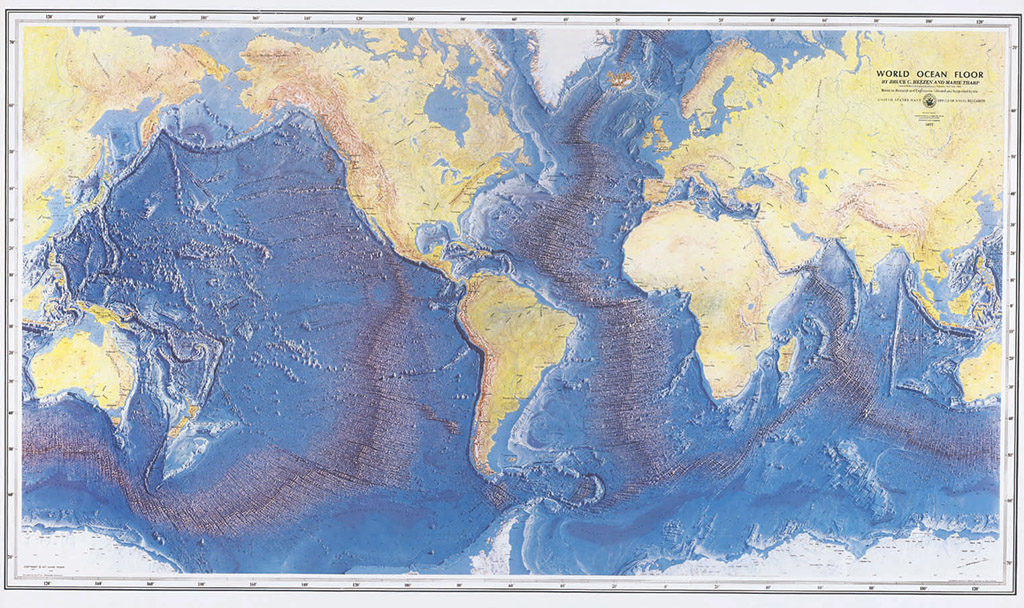 The history of the energy industry is based upon what was once thought as fiction, which with extensive research and evaluation turned to fact.  It is fascinating to think that the broadly accepted concepts such as plate tectonics were once dismissed.

In the early 20th century, German geophysicist Alfred Wegener proposed the idea of “continental displacement,” which suggested that the continents of the Earth were once a single land mass and gradually drifted apart into continents over time. But his proposal made him the laughingstock of his peers—until Marie Tharp, a young ocean cartographer started charting the ocean floor in partnership with geologist Bruce Heezen.

This short video from the National Geographic captures how the continental drift theory became a groundbreaking fact in earth sciences, focusing on how Marie Tharp’s mapping of the ocean floors played an instrumental role in it.

Tharp graduated from Ohio University in 1943 with bachelor’s degrees in English and music and four minors. The ongoing World War II led to a vacancy at the Michigan’s geology program and provided a rare opportunity for Tharp to enroll in it. The program was normally open only to males.

Tharp graduated with a master’s degree in geology in 1944 and started her job at Stanolind Oil and Gas Company in Tulsa. In 1948, she received a second bachelor’s degree in mathematics and started working as a research assistant in the Lamont Geological Laboratory at Columbia University under Maurice Ewing. There, she met Bruce C. Heezen, a geology graduate student, and they collaborated for the next 30 years and completed the first map of the North Atlantic Ocean floor in 1959. In 1964, they completed the map of the Indian Ocean floor.

Tharp gained recognition for her cartographic skills later in life. In 1998, she was honored during the 100th anniversary of the Library of Congress’ Geography and Map division. She was recognized by the Woods Hole Oceanographic Institution the following year. Just a few weeks short of her 81st birthday, Tharp was honored by the Columbia University with the first annual Lamont-Doherty Heritage Award for her life’s work as a pioneer of cartography.

How One Brilliant Woman Mapped the Secrets of the Ocean Floor. Short Film Showcase. National Geographic.