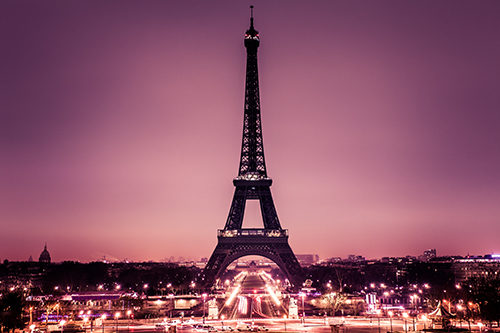 Fatih Birol became the Executive Director of the International Energy Agency (IEA) on 1 September 2015. Birol has been named by Forbes magazine among the most powerful people in terms of influence on the world’s energy scene. He is the chairman of the World Economic Forum’s (Davos) Energy Advisory Board and serves as a member of the United Nation Secretary-General’s Advisory Board on Sustainable Energy for All. He is also the recipient of numerous awards from government, industry, and academia. He previously was the IEA chief economist and director of Global Energy Economics, with responsibilities that included directing the Agency’s flagship World Energy Outlook publication, which is recognized as the most authoritative source of strategic analysis of global energy markets. Birol is also the founder and chair of the IEA Energy Business Council, which provides a forum to enhance co-operation between the energy industry and energy policy makers. 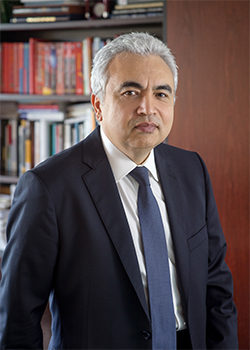 You recently attended a meeting with G7 ministers in Rome to review developments in the global energy market. What insights did you take away from your time there?  Where there any surprises?

I had the privilege of providing an opening keynote address to the G7 energy ministers at their meeting in early April. We discussed a range of topics, including the growing role of shale oil, the importance of LNG [liquefied natural gas] in improving market flexibility and energy security, and the role of energy efficiency and technology as drivers of economic competitiveness. We also discussed the need for better grids, more flexible power plants, and storage and demand side response—all needed to integrate larger shares of wind and solar into power grids in a secure and cost-effective way. G7 countries will have to play a leading role in facilitating investments in these and other areas in order to ensure a secure and sustainable energy future.

Many companies in our industry support the recent signature of the Paris Agreement on climate change. How do you feel about this important milestone?  Do you believe the world is in the right place to meet those goals?

It is critically important that industry supports the Paris Agreement. While it is governments and policymakers who will set the goalposts and implement policy to encourage the necessary energy sector transformation, ultimately it is the private sector that will be responsible for much of the investment and innovation needed to get on track.

But we are not yet on track. In our recently released report Tracking Clean Energy Progress 2017, we noted that out of 26 technologies and sectors, only energy storage, wind and solar (photovoltaic), and electric vehicles are on track for a 2-degree target. The vast majority of other technologies, ranging from trucks and aviation, to cement and chemicals, have shown some improvement but will require significant effort to get on track. Other important technologies such as carbon capture and storage, and biofuels, are definitely not on track if we are to meet our climate goals.

So, we should not underestimate the task ahead. Limiting carbon emissions and changing our energy systems is a monumental challenge. But the IEA is working with governments and businesses around the world to help identify solutions and show how it can be done.

Carbon pricing seems to have played a large role in aiding the transition from coal to natural gas in the United Kingdom from 2015 to 2016. Do you foresee similar shifts possible in the future for other countries?

Transitioning away from coal to low-carbon power generation will be central to the global energy transition. Though it appears coal will continue to play a role, at least in the medium-term, policies can play a significant role in encouraging this transition.

In the World Energy Outlook 2016 (WEO) central scenario, we assume carbon prices are progressively applied in more regions of the world and at higher levels through 2040. Such carbon pricing can certainly play a role in encouraging a shift from coal-fired power to natural gas.

That said, putting an effective price on carbon will take time, and the energy transition is urgent. Other policies and market frameworks that encourage a transition to low-carbon power and take into account its inherent value are likely to play a more immediate and impactful role with the energy transition in the short to medium term. In addition to putting a higher price on carbon, such policies can also raise the competitiveness of biofuels, make carbon capture and storage more attractive, and drive a further transition to renewable power.

How do you see renewable energies impacting the supply/demand equation in the upcoming 15–20 years?

Any credible path to achieving the world’s climate objectives must have renewable energy at its core. Recent developments have been very encouraging. For example, wind turbines and solar cells (PV) have been the two fastest growing sources of electricity worldwide since 2010 thanks to support policies and massive technology cost reductions. However, the next chapter in the rise of renewables requires more work on system integration. This means better grids, more flexible power plants, and storage and demand side response so larger shares of wind and solar can be integrated in a secure and cost-effective way. More work also needs to be done to expand the use of renewables beyond the power sector.