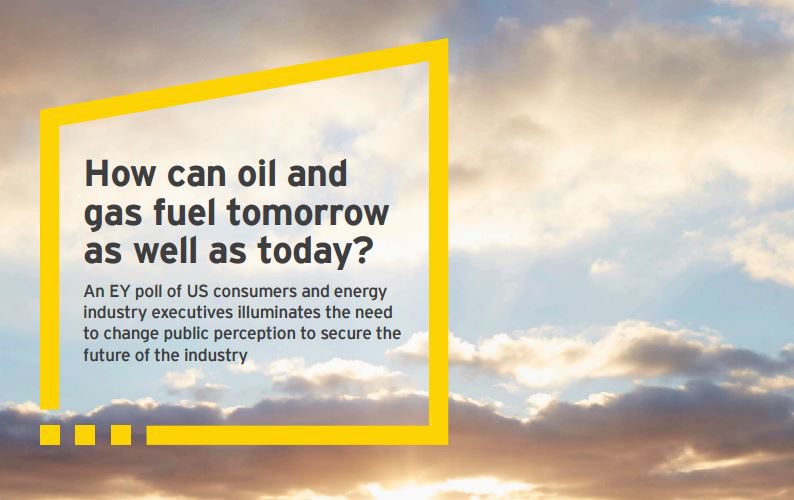 Ernst and Young recently conducted a US Oil and Gas Perception Survey to understand the public’s perception of the oil and gas industry. While respondents to the survey are split between consumers and oil and gas executives, everyone seems to agree that “oil and gas should be a primary source of energy.” However, the positive perception of the industry improves with age, with Baby Boomers much more likely to say that oil and gas is good for the society as opposed to Gen Z. 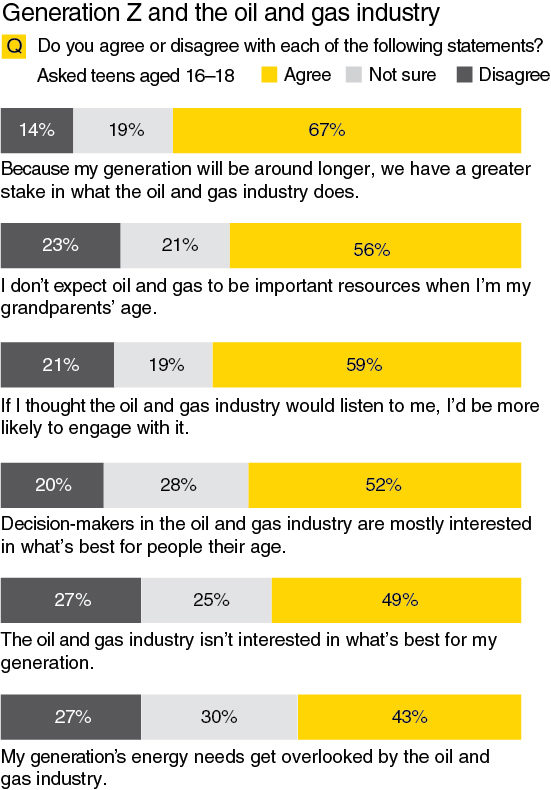 The generations are defined by birth years:

The report also found that the oil and gas executives surveyed underestimate the level of trust the public places in the industry. Responses show they agree that the industry needs to do more in communicating with the public. As an example that communication with the younger generation can be improved, the survey found that Gen Z and millennial respondents were the least likely to know about the increase in recoverable resources in the US, while Baby Boomers and the Silent Generation were the most likely to know.

The image below shows responses from oil and gas executives to the question “Does the oil and gas industry do an excellent job, a good job, a fair job, or a poor job on each of the following?”