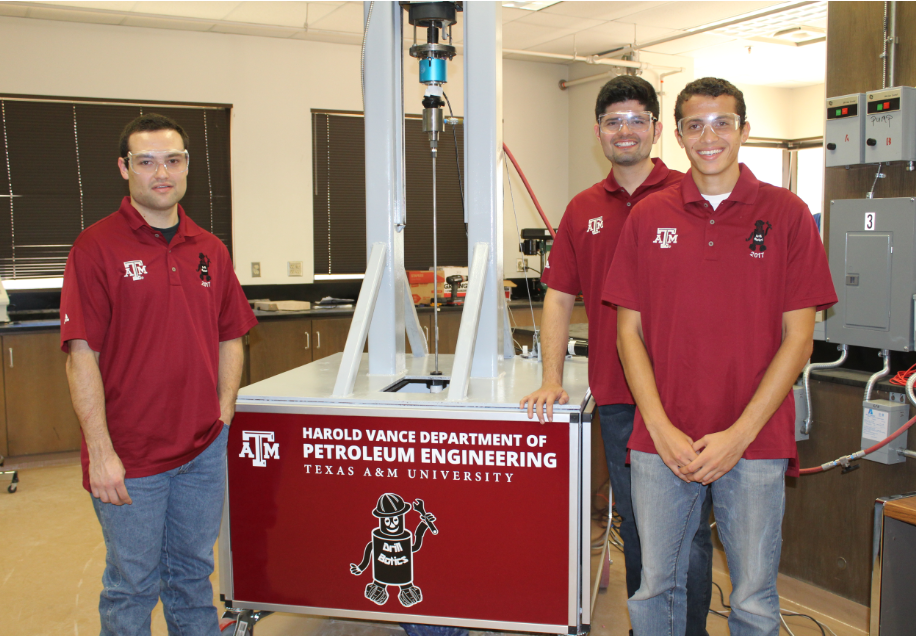 The SPE Drilling Systems Automation Technical Section (DSATS) is giving university students a chance to test their engineering skills through the Drillbotics competition. Students establish their multidisciplinary teams to build a miniature robotic drilling rig inside a lab, and when finished, use the rig to drill a test formation provided by DSATS.

The winners of this year’s Drillbotics competition were announced:

The annual competition pitches international university teams in designing, building, and operating an automated drilling rig capable of making vertical boreholes. The judges test the drillbots on their capacity to drill through the rock sample they provide with unpredictable formation underneath.

The competition was held in two phases. In Phase 1 held in fall 2016, the teams submitted their designs for the drillbot. Students were expected to consider the advantages and shortcomings of current drilling devices and were encouraged to come up with innovative solutions while designing their machine.

Ten design entries from five countries were received for this year’s competition:

Of these, seven teams were selected to proceed to the construction and drilling phase during the Spring 2017 term.

DSATS judges visited the finalists’ universities for on-site testing and announced the three winners of the competition.

While drilling a vertical well efficiently through the sample is the primary technical objective of the competition, the Drillbotics contest model also aims to build the soft skills of the participating students. The design of the competition is set such that it brings together students from several disciplines to work in a team: mechanical and electrical engineers to build the rig, control engineers for real-time monitoring, and petroleum engineers for identifying drilling dysfunctions and mitigating them. The team work required for the contest prepares the students for the multidisciplinary environments seen in technology-driven industries they will become part of.

SPE 174920. Design, Construction, and Operation of an Automated Drilling Rig for the DSATS University Competition by Bavadiya et al.