Soft is Hard To Get: An MBA’s Musings 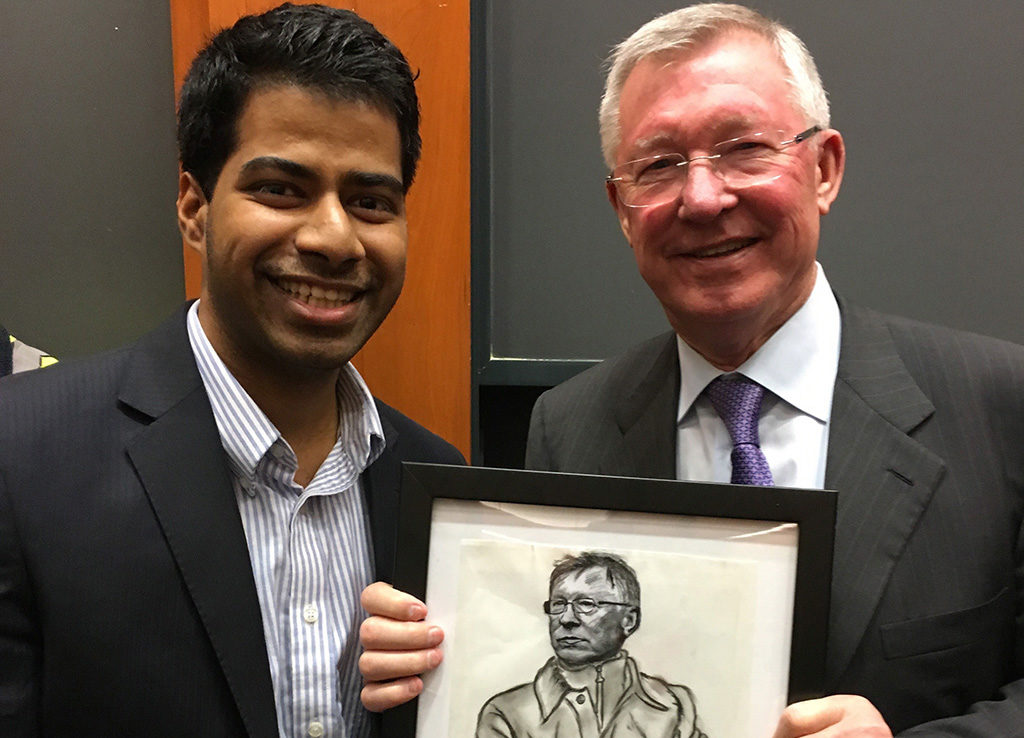 As a young engineering trainee, I was thrust into a volatile environment in Iraq for my training at a leading oilfield services company. I was facing challenges on four fronts:

Combating these four successfully would enable me to complete the training program, but could hard engineering skills alone help me address these challenges? The training program taught me three “skills,” which might come naturally to some but most of us struggle with. I believe these also helped me in transitioning to an MBA program thereafter.

"It must be a well from which you take AND give."

Most large companies in the oil and gas industry, including mine, are fairly hierarchical. Reaching out to someone in a different continent in a different segment can seem daunting at first, especially when one is a trainee. However, this must never be a barrier for any junior staff in any organization—in fact, the network is a treasure chest waiting to be unlocked if you are able to exploit such a resource. Realizing that the experts in the network are people helps you place yourself in their shoes and understand how to approach them. I was fortunate to have mentors and managers who had worked worldwide and were always able to connect me to technical experts around the globe, but this would never have happened if I had not ventured out of my way to ask them to connect me. Sometimes connections can happen across conferences, training sessions—only if you seek to do so.

Another part of networking is asking for help or a favor when needed and not feeling shy in doing so. Sometimes we end up attacking problems alone but external support can often help. Though the network is stronger than the individual, we fail to seek support due to various mental blocks. Even my efforts, in this regard, are a work in progress. Knowing whom to ask, when, and how is a skill and this is where good mentors and managers in the industry can help. Remember that you are obliged to help support the network in the future—it must be a well from which you take AND give.

Two cautionary statements here. First, just a simple hi/hello isn’t enough to sustain these connections. And second, when I say connections, these are not equivalent to LinkedIn connections where most of your online conversations with other people are either dormant or nonexistent.

Connecting with these professionals must be impactful for them to remember you.  Their time is valuable to you and them, so use it wisely and prepare in advance before connecting with them. I knew some colleagues who would just assume that their work would get done by contacting these professionals when, in reality, some homework and willingness to take a few steps on their own was necessary.

“It is better to engage imperfectly than to abstain indefinitely.”

As young professionals (YPs) we often question how we can effect a change or contribute given our relatively low technical expertise. But the reality is that our attitude toward fostering a change in others’ lives can have a huge impact irrespective of technical knowledge.

One could participate in loss-prevention-team meetings and projects to improve the status quo, raise questions on local bulletin boards, or even assist senior managers with inputs on which universities might be a good fit for their kids based on your personal experience. All of this counts and adds up. It may not reflect directly in your appraisal but it definitely affects your impression on other individuals or teams who see your energy to create an impact on those around you. This attitude is infectious and is often remembered by senior folks who would prefer to staff you on challenging projects.

One of the recommenders for my MBA application spoke about such an incident where he felt that I had gone above and beyond my requirements to improve safety on the rig—all because somewhere a start was made. Whether or not one intends to transition to an MBA program, always take the initiative when you can AND follow up. I have been guilty on many occasions of taking up activities but not being able to do full justice to the same. But without a start, I would not know my limits and I think this applies to other YPs too.  In the words of an MBA colleague, “It is better to engage imperfectly than to abstain indefinitely.”

“I have something to contribute to overcome this situation.”

This is perhaps not a soft skill but often a trait, which I noticed in certain successful YPs that helped their careers blossom, within and outside of the industry. It might seem an obvious trait for success but being perseverant is a combination of various skills/attitudes.

Without leveraging these latent skills, some situations are insurmountable and if one is not persevering, we often neglect these skills. For example, during my training in Iraq when I figured knowing Arabic would help me transition better to rig life, I had to find the local Iraqis who could speak a bit of English to help me learn Arabic names for equipment and basic verb forms, etc. while in return I could offer them English training which boosted their self-confidence. In hindsight, this was an invaluable lesson for me to find the gaps which needed to be bridged to ensure my goals or my team’s goals were achieved. Often, such simple gaps go ignored, but a part of being perseverant is to find such gaps and to be confident in bridging them. This could translate to a simple set of beliefs such as “I have something to contribute to overcome this situation” and having a fair amount of risk tolerance.

I can also recount an incident during my MBA where this was applicable. Sir Alex Ferguson, one of the greatest football (soccer) managers of all time was giving a talk on campus and I wanted to ensure I could get some personal time with him. It would need something extra special—beyond all the Manchester United jerseys sported by the audience—to capture his attention. I took a risk and informed the professor who was interviewing him that I would like to present a portrait of Sir Alex to him, 18 hours before he was scheduled to speak. To my surprise, she responded in the affirmative because this had never been done before. I had never made a portrait of him and it was on a working day whereby I barely had time to sketch and frame the portrait. After informing the professor, I could not back out but as they say, if you persevere enough, things fall in place.

As luck would have it, I did manage to present the portrait to Sir Alex and have a chat about his experience as a manager. Looking back, it might have seemed foolhardy to commit to the professor for something I was only half-decent at (sketching) and in a limited time frame. But if I had not backed myself, if I had not been willing to take the initiative by contacting the professor, it could have been a different story altogether. This is just a small incident but similar ones occur in our daily lives and how we approach them could make a significant difference on how we impact our careers and the lives of those around us.

In conclusion, being technically strong is of paramount importance for YPs. But developing some of the soft skills that have been mentioned above can elevate their experience and contribution to the industry as their careers are not just about plotting dots (hard skills) but also about connecting them (soft skills).

Raghav Iyengar is an associate at McKinsey & Company, based in Denver. He is an alumnus of the Harvard Business School and Indian Institute of Technology Madras. Iyengar has worked as a well engineer across Iraq and Saudi Arabia for Schlumberger’s IPM [Integrated Project Management] division. His interests include cricket and art. While at Harvard, he directed and created a mosaic as the first-ever collaborative art work to be gifted to the school. He dabbles in various forms of art and his works can be viewed at www.raghaviyengar.wordpress.com or by following him on his social media profiles.