Hello, welcome back to The Cognitive Whiteboard. My name's Luke and today we're not going to talk about technical best practices. I'm going to share with you an example of why I think communication is at least half the job that we do. I'm gonna illustrate that with an example from my history where I think I made a 24-million-dollar mistake in an appraisal well. 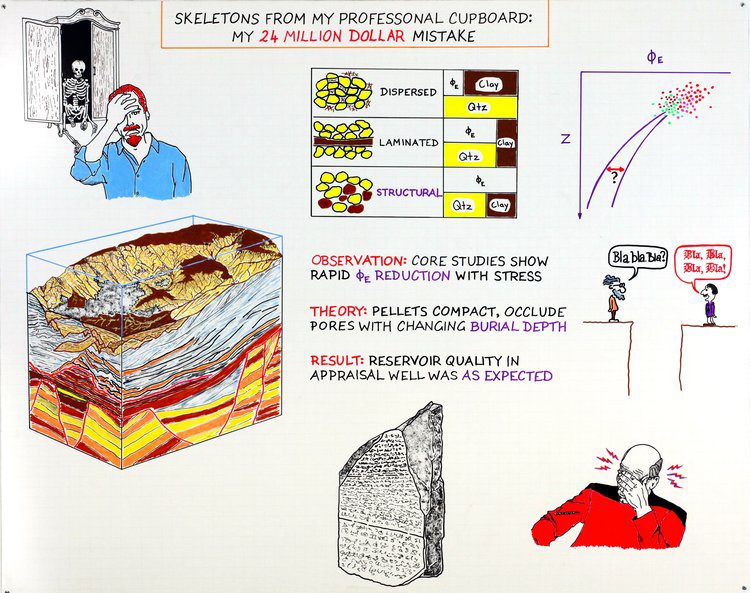 Firstly, the well was drilled safely and it was drilled with no environmental impacts, and we achieved all of our appraisal objectives on time and on budget. So it wasn't a mistake in that regard—but I will explain to you why I think it is. So we had a setting where we were drilling for a lowstand sandstone. It was unusual target for the region. Typically, we were looking for something much deeper, but this lowstand was essentially within marine shales. It was in 1,500 meters of water—so quite deep for us to drill from—and it was underlying a very complex overburden of submarine canyons of cuts and fills, filled with various clay stones and calcilutites making it very, very difficult depth conversion. 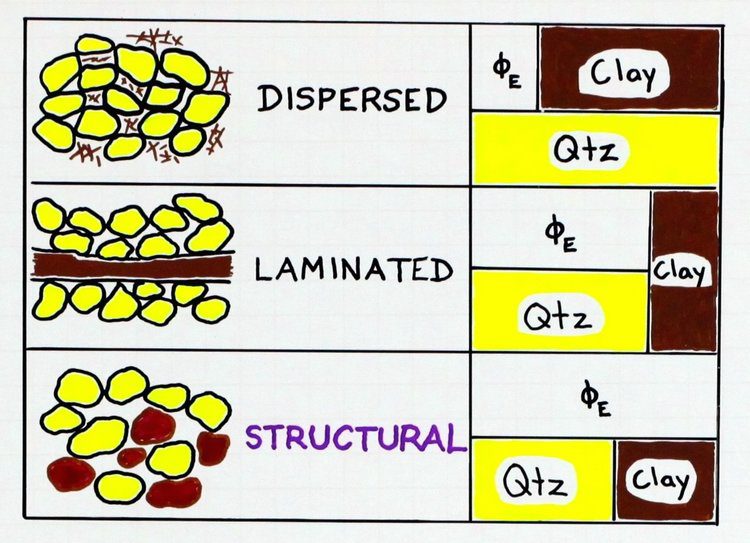 The reservoir itself as well was quite unusual. What we had in this reservoir was a structural clay, so if you haven't seen this before, it's common for us to see dispersed clays—typically orthogenic cements that are occurring at the grain boundaries. We have laminated cements that are commonly depositional. Structural clays, though, few of us had ever encountered where essentially bioturbation had been so pervasive that these little creatures had essentially concentrated all the clay into fecal pellets, and it was providing framework support for the reservoir. So despite a 30% to 40% clay content, we had fantastic porosity and permeability.

However, those pellets were relatively ductile and what we observed in the core was that we would see a dramatic reduction in porosity and permeability associated with increasing external stresses. So the theory then was that if we went down deeper in depth, particularly below mud line, we would probably expect to see a poorer quality reservoir.

We Were Right—But We Were Wrong

And so I went to my mentor and explained that this had happened. And to my surprise, he put his head in his hands and said, "If you knew the answer, why did you drill that well?" And I really... This is a turning point in my career. It really put me back on my heels. And this is where I think my 24-million-dollar mistake came. If we knew this so well and we had such good technical justification, had we worked more on our "Rosetta Stone" of translating technical jargon to business speak at this conversation, had we built a bridge between these two divides and managed that, we may have postponed a 24-million-dollar drill.

Now this was a major capital project and so it was always going to get drilled, so it is a data point that we needed, but could it have been delayed? I don't know that for sure, but I look back on that and I reference this in my career—and that's the reason why I spend so long on these boards—because communication is at least half of the job that we should be doing as a geologist.

Luke Johnson is the CEO of Cognitive Geology, a Scotland-based technology company which offers geoscience software for the operating company end users. Johnson has more than 18 years of experience as a geologist in the industry. He began his career at Australia’s premier research organization, Commonwealth Scientific and Industrial Research Organisation, before joining Chevron, where he helped appraise one of Australia’s largest gas fields as part of the $56-billion Gorgon Project. He then moved to Houston as part of Chevron and worked on producing the Angolan oil assets and led a team of specialists in reservoir characterization. Johnson was the head of geomodeling technology at Wintershall in Germany before founding Cognitive Geology. This video is from his  Cognitive Whiteboard web series.