The Current State of Canadian Unconventional Oil and Gas Plays 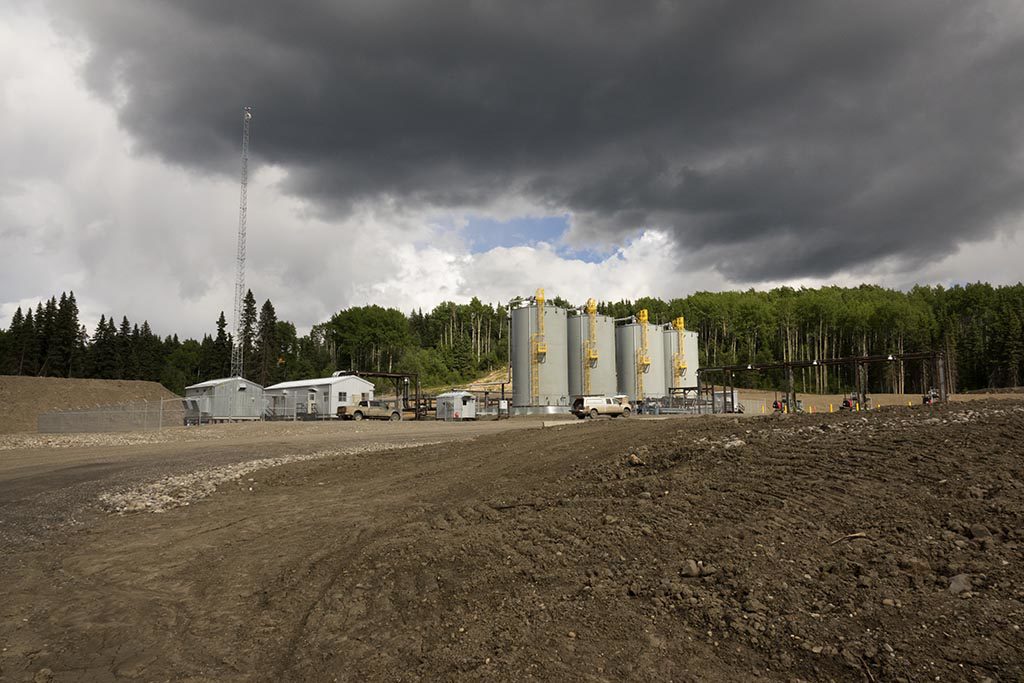 Next to the Alaska Highway 97 north of Fort St. John in the thick forests of northern British Columbia natural gas is trucked out from the Highway Natural Gas Liquids Plant in the North Montney shale formation. Source: Getty Images.

Unconventional oil and gas have come to dominate the exploration and development scene in Western Canada since 2005, much as they have in the US. Both countries share essential elements needed to launch and sustain unconventionals: A long history of drilling, publicly available data, well-understood sedimentary basins, extensive infrastructure, a diverse corporate sector, and regulatory regimes supportive of innovative resource development.

Following closely on developments in the US, the “tight gas” concept was a key component of the Canadian oil patch in the 1980s and 1990s. Horizontal drilling and hydraulic fracturing were employed in ever-tighter reservoirs, and in the early 2000s, Canadian operators began to appreciate the true potential of oil and gas from shales, tight reservoirs, and coal seams. “Land rushes” took place as companies leased Crown (provincially owned) petroleum rights for the Horn River shales in northeastern British Columbia, the Duvernay shale in Alberta, and Montney Formation siltstones straddling the British Columbia/Alberta border. Provincial governments took in massive land bonus revenues, not long after Alberta had experienced a similar round of oil sands leasing a few years earlier. Other unconventional plays generated their own, smaller flurries of leasing activity.

As usually happens with new play ideas and trends, appraisal and development have generated a broad spectrum of results—from huge and lucrative resource fairways to economic failures. An important driver in the gas-prone Western Canada Sedimentary Basin has been the liquids content of new gas plays—while NGLs and condensate fetch good prices as fuels or as diluent for shipping oil sands bitumen, gas has to be sold into the oversupplied North American marketplace, where prolific US shale gas plays replace Canadian gas exports, and push into traditional Canadian markets like southern Ontario. Let’s look at what’s happened in some of the big plays:

Horn River Basin production at the end of 2016 averaged 280 MMCF/D, down from a peak of more than 500 MMCF/D a few years earlier. Natural declines are reducing net production in the absence of new drilling (British Columbia Oil & Gas Commission, 2016).

The National Energy Board (2013) assessed marketable potential of 449 Tcf gas, 14.5 billion barrels NGLs, and 1.13 billion barrels oil (expected case), making the Montney one of the largest unconventional plays worldwide. While appraisal and development have been under way for several years, stacked multizone Montney potential is only beginning to be tested.

Updip areas of the Montney fairway where liquids-rich gas and even oil can be produced are currently being developed most intensively, as these provide the most economic returns in the North American marketplace. Montney production now exceeds 1.3 million BOE/D and dominates Western Canada production (Ref: BMO Capital Markets, A&D Market Monitor newsletter, 9 May 2018) but growth is being hindered by pipeline issues.

Devonian Duvernay shales are mapped over 130,000 km2 in west-central Alberta, and have long been known as major source rocks. Beginning in 2009, the industry built very large and expensive land positions in the Duvernay, which featured better proximity to infrastructure and markets than many other unconventional plays, and offered the potential for liquids and light oil production over a broad fairway in the oil window. The National Energy Board/Alberta Geological Survey (2017) assessed Duvernay marketable resources at 77 Tcf gas, 3.4 billion bbl oil, and 6.3 billion bbl NGLs.

Other unconventional plays have produced significantly for junior and intermediate players in Western Canada. Bakken siltstones in the northern part of the Williston Basin of Saskatchewan, marginal to tight “halo” reservoirs in the Cardium, and heterolithic shaly sandstones of the Viking all produce light oil, but lack the scope and immense per-well performance potential of the major plays. Other play concepts—the “Alberta Bakken” and tight carbonate intervals in Devonian reef plays—have failed to show economic potential.

Elsewhere in Canada, some basins show great potential for new unconventional discoveries; research and minor drilling have taken place in the Horn River shales of the Northwest Territories, the Frederick Brook Shale of New Brunswick, and the Horton Bluff Shale of Nova Scotia. However, lack of data and infrastructure, distance from markets, and community fears about hydraulic fracturing have hindered systematic appraisal and development.

Overhanging all of Western Canada’s production (conventional, unconventional, and oil sands) is the issue of transportation and marketing. Traditionally, Canada has exported only to the US, but that market is shrinking as unconventional production grows in the US. Building new liquids pipelines to tidewater or to eastern Canada, and new gas pipelines to LNG export facilities, has become a prolonged and onerous undertaking in Canada’s current political climate. Until these issues are addressed, further development of Canada’s immense unconventional resources will be hindered significantly.

Brad Hayes is president of Petrel Robertson Consulting Ltd (PRCL), a geoscience consulting firm addressing technical and strategic issues around conventional and unconventional hydrocarbon exploration and development. He joined PRCL in 1996 after 15 years of exploration experience in operating companies, including Shell Canada and Canadian Hunter. Hayes is a director for the Canadian Society for Unconventional Resources, and an active member of the Canadian Society of Petroleum Geologists. He serves as a councilor for the Association of Professional Engineers and Geoscientists of Alberta. He was recently appointed an adjunct professor at the University of Alberta Department of Earth and Atmospheric Sciences. Hayes holds a PhD in geology from the University of Alberta, and a BSc from the University of Toronto.