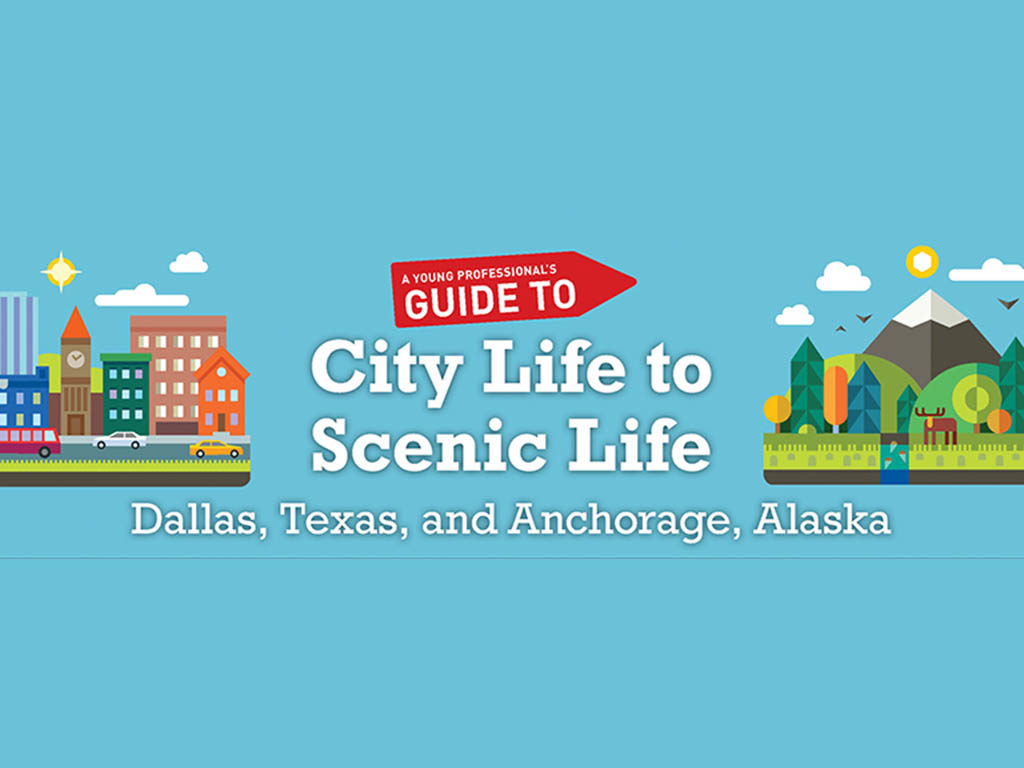 Deep in the Heart of Texas

Strategically placed in one of America’s largest shale plays and namesake to the popular oilfield television drama of the ’70s and ’80s, Dallas, Texas, has a thriving oil and gas industry, with several majors, a plethora of independents, and plenty of oilfield service companies to support the activity level. Chances are you will see an impeccably white cowboy hat or two here and several belt buckles the size of Texas, but do not let that deceive you—this sprawling city boasts cosmopolitan living at its best.

The Dallas metropolitan area encompasses several cities, most notably Dallas, Fort Worth, Irving, Arlington, and Plano. Whether you prefer to rent a studio apartment in the heart of the business district or enjoy patio life in the suburbs, you are sure to find something that fits your taste in the “DFW” (short for Dallas-Fort Worth) area.

Dallas rose to the forefront of the American oil and gas industry in the early 1900s, when the discovery of the East Texas Oil Field brought in myriad wildcatters. So many productive wells were drilled near Dallas that the Texas government began forcing shut-ins to stabilize prices.

As technology improved, attention moved offshore, and many companies relocated to Houston. Undaunted, Dallas adapted and became a critical marketing hub between the producers in the Gulf of Mexico and storage in Cushing, Oklahoma. This is evident by the presence of several large marketing companies in Dallas such as Energy Transfer Partners and Atmos Energy Corporation.

When technology advancements made the Barnett Shale economically viable, Dallas once again surged to the cutting edge of the US energy scene. Horizontal drilling and hydraulic fracturing in the Barnett created some of the most profitable gas wells in the industry.

In 2012 alone, the Barnett produced an average of 5.7 Bcf per day of natural gas, out of an estimated total 26 Tcf in proved remaining reserves, according to the Railroad Commission of Texas, the state’s regulator of the exploration, production, and transportation of oil and gas. After the crude oil and natural gas prices disconnected in 2008, more attention was given to shallower tight oil formations in an effort to capitalize on rising oil prices. Active exploration and production companies in the area today include Encana, ConocoPhillips, and XTO.

With a population of almost 7 million residents, the DFW metroplex is the fourth largest in the US and trumps Houston by almost half a million people. In addition to oil and gas, you will find a multitude of thriving industries ranging from aerospace to technology to finance. The largest non-oilfield employers in Dallas include American Airlines, Baylor College of Medicine, and AT&T.

Dallas is known for its diversity. According to the 2010 US Census, 49.3% of the Dallas population comprised minority groups. No matter what your cultural or social preferences are, there is no shortage of like-minded individuals waiting to meet you.

If all that does not attract you to Dallas, this statistic will surely will: Dallas enjoys a lower unemployment rate than the US national average and also a lower cost of living index. Your hard-earned dollars are sure to go a long way when purchasing food or tickets to the Philharmonic. If you are thinking about starting a family, DFW is home to some of the best public schools in America. US News ranks Dallas’ School for the Talented and Gifted as America’s No.1 high school.

If you ever find yourself as a new Dallas resident, do not let the huge metroplex overwhelm you. The incredible population growth in Dallas has supported the booming service and events industry—there is never a shortage of things to see or food to try. Start your morning with free yoga on the lawn of Klyde Warren Park, spend your afternoon strolling through one of the many museums, and buy evening tickets to your favorite professional baseball, basketball, or football team. The SPE Dallas Section also hosts many events, including golf tournaments, sporting clay events, and study sessions, which offer opportunities to meet people and network socially and professionally.

You Want Me To Move Where?

So you have finally settled in, found the perfect place to live, and even figured out how to avoid the worst of traffic on your morning commute. Everything is great—until your company surprises you with a new position across the country. What is a young professional to do?

First off, do not panic. Transitions can appear both scary and exciting at the same time. The famous American baseball player Willie Stargell once said, “Life is one big transition,” but if you are in the oil and gas industry, however, life can be a series of several big transitions.

Many companies involved in the petroleum industry are business giants and have offices located in several parts of the world. With new oil and gas discoveries and advancements in technology, the new activity hotspots include places as far-flung as Egypt, Greenland, Kazakhstan, offshore Brazil, and the remote Arctic.

In the US, jobs created by the shale gas boom have required a majority of workers to move to remote sites ranging from North Dakota to southern Texas. The petroleum industry operates 24/7 on a global scale, and employees work across all time zones. Moving to various locations can be a part of your career adventure.

While moving to a new location,

Petroleum can be found anywhere, from the scorching deserts of Arabia to the frigid arctic tundra of Alaska. One can literally travel the world as a part of this industry, and the diversity that life brings across this path can be priceless.

Whale watching, hiking in pristine national parks, salmon fishing, and downhill skiing—these are just a few of the unique activities awaiting you in Anchorage, Alaska. This city of about 300,000 residents delivers plenty of “Big Wild Life,” just as its motto promises.

The 49th state to join the US, Alaska is no stranger to oil and gas. In fact, each resident, regardless of age, is eligible to receive an annual payout from the Alaska Permanent Fund, which earmarks a portion of oil revenues to the benefit of current and future generations of Alaskans. In 2014, the payout was USD 1,884 per person—not too shabby.

During your stint in Anchorage, you will have the opportunity to work on unique and challenging petroleum developments. On the North Slope lies Prudhoe Bay: Discovered in the late 1960s, this field remains the largest oil discovery in North America to this day. Major companies involved in production on the Slope include BP, ConocoPhillips, and ExxonMobil.

Although production from Greater Prudhoe Bay peaked in the late 1980s, activity still remains strong as technological advances have dramatically increased the estimated ultimate recovery (EUR). With an original oil in place as large as 25 billion bbl, every improvement in EUR matters.

Some of the enhanced recovery techniques used here include massive waterflooding, gas reinjection for pressure maintenance, and miscible injectors using natural gas liquids. Additionally, the fragile ecosystem of the arctic tundra means that minimizing the surface footprint is of vital interest. Therefore, Prudhoe has been a proving ground for multilateral wells, with as many as six sidetracks off a single surface well.

Any construction in Alaska requires careful consideration of both thermal expansion in the permafrost (permanently frozen ground) as well as the possibility of tectonic activity—Alaska experiences more than half of all earthquakes recorded in North America each year, according to the Alaska Earthquake Center. The Trans-Alaska Pipeline System, which funnels the oil produced here, is a feat of engineering achievement.

Speaking of the arctic climate, if you are fortunate enough to earn a spot on any of the flights to the North Slope, best come prepared. Since the field is located 250 miles north of the Arctic Circle, a requirement for boarding a flight to the North Slope includes parka, snow boots, and other outerwear suited for the extreme cold and snow.

The arctic climate and orogeny (look it up, PetroBowlers) ensure that the Alaskan landscape is full of breathtaking scenery and soaring peaks. The state of Alaska boasts no less than eight national parks. These range from the Denali National Park, home of the tallest mountain in North America, to Glacier Bay National Park, which features tidewater glaciers, fjords, and a temperate forest.

While many of the national parks will take some planning to reach (remote Gates of the Arctic lacks any roads within its bounds), there is plenty to see and do around Anchorage. In early March, spectators can view the ceremonial start to the annual Iditarod Trail Sled Dog Race. At Ship Creek, you can fish for king salmon from late May through July and coho salmon from August through mid-September. The largest ski area in the state, Alyeska Resort, offers skiing on 1,400 acres only 27 miles from town.

Some of the largest oil and gas employers in Anchorage include ASRC Energy Services, BP, CH2M Hill, and ConocoPhillips, according to the Alaska Department of Labor and Workforce Development. Additional employers include the healthcare industry, large grocery/merchandise chains, and air carriers such as Alaska Airlines and FedEx.

So relax, grab a pizza and beer at the famous Moose’s Tooth Pub & Pizzeria, or some fresh Alaskan king crab if it strikes your fancy, and enjoy your stay—whether that be for a summer internship or the next 20 years.