Motivations for Mergers and Acquisitions in E&P 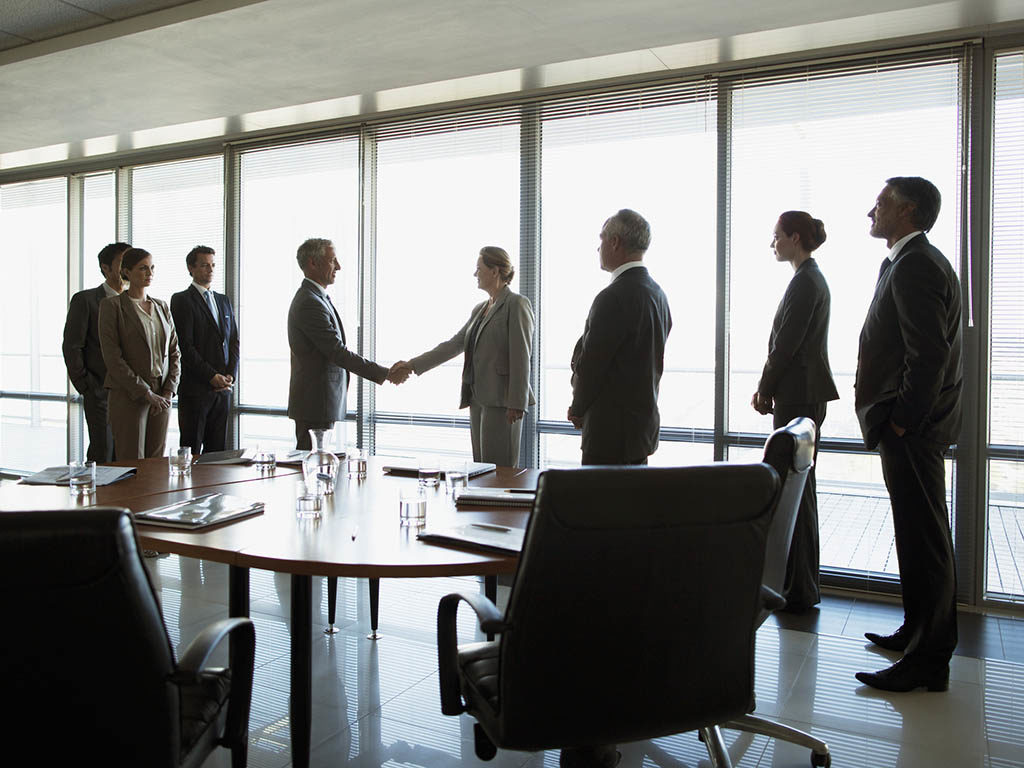 Corporate mergers and acquisitions (M&A) in the US exploration and production (E&P) space have occurred at a pace of about three to four public company mergers per year for the past decade. This pace does not appear correlated to commodity price swings. Despite the two  recent episodes of severe price declines, one in late 2008 and another in late 2014, it does not appear that companies are choosing to take advantage of “cheap” valuations as a result of commodity price, and the resulting stock price, declines.

In actuality, Fig. 1 shows M&A activity tends to slow down when commodity prices move dramatically (high or low) and resumes after a period of sustained prices. So what motivates companies to make corporate acquisitions?

In most industries, M&A is driven by financial rationales such as accretion to cash flow per share or earnings per share. In addition to long-term financial value, E&P companies have other motivations that drive the mergers. Certainly there are corporate synergies and general and administrative (G&A) cost reductions that are likely, as in any other industry, but the rationale extends to unique situations within the E&P space: companies often use mergers to gain scale and efficiencies, enter lockedup plays, add technical expertise, or add low-risk proved reserves. While no deal falls into only one category, specific ones can be instructive in seeing these motivations at play.

M&A deals allow a reduction in G&A costs because a combined organization leads to reduced administrative fees and more production being operated with fewer personnel. For example, when Breitburn acquired Quantum Resources in July 2014, there was significant asset overlap and management estimated USD 23 million in synergies in the first year. When assessing G&A synergies, it is common to start with the assumption that cash G&A costs will be reduced by 50% as a result of the M&A activity. Much of that reduction is derived from eliminating the administrative cost burden associated with being a publicly traded  company.

Larger, more financially sound companies tend to receive better treatment in the public markets, especially in the face of declining prices. The announcement of Whiting Petroleum’s acquisition of Kodiak Oil & Gas listed synergies and scale as reasons, but also said that the combination of companies will improve its financial strength.

A similar explanation was given as part of the benefits to Energy XXI’s acquisition of EPL Oil & Gas in March 2014. The company specifically listed economies of scale as a rationale for the transaction.

These synergies and economy of scale can greatly improve the health of a company by increasing the profit derived from each barrel of oil produced. The effect is magnified when prices decline and profit margins narrow.

Core acreage in high-quality, high-return plays is limited because most of the sought-after acreage, especially in more mature plays, is already held. Building a position of scale by leasing is impossible in these situations, leaving acquisitions as the only way to obtain acreage.

In September 2014, Encana announced the acquisition of Midland Basin pure-play company Athlon Energy for USD 7.1 billion. The purchase not only gave Encana a sizable entry into a new basin, but it also helped the company in its stated desire to shift its production mix toward oil. The headline of Encana’s news release is a good summary of its motivations.

In the case of Noble’s purchase of Rosetta Resources announced earlier this year, Noble gained new access to two plays with a single transaction. Similar to the Encana-Athlon deal, Noble’s purpose of transaction was summarized in the  press release headline.

Due to the high-quality, high rate-of-return drilling potential in both plays, it is quite challenging to gain access to them. For the most part, the core areas of most plays are already leased and have been consolidated by a handful of operators. In many cases, acquiring a company may be the only way to gain entry into the core of a play.

When first entering a play or basin, new operators have a steep learning curve in how wells are drilled, completed, and operated. Employee relationships with local service providers are important for controlling development costs and achieving optimal well delivery. Often a new entrant will take years to fully get back up to the speed at which the seller was when it sold the asset. By purchasing a company at the corporate level, the buyer also gains the employees of the acquired company and their expertise, relationships, and contacts in the area. This greatly reduces or entirely eliminates the learning curve of the new owner.

This access to personnel is a common benefit sought by foreign oil companies or global conglomerates that do not have sufficient domestic operating capabilities. When BHP Billiton announced the purchase of Petrohawk in 2011 for USD 15.1 billion, it emphasized the importance of the employees.

BHP Billiton press release, 15 July 2011 … Importantly, BHP Billiton would retain Petrohawk’s sizeable US-based workforce, which has been at the forefront of the technological innovation that brought about the economic viability of US shales…

In an asset-only sale, the seller is rarely willing to part with their employees as finding and replacing high-quality employees is often quite difficult. By acquiring the company, the buyer gains access to the employees as well as the assets.

BHP Billiton’s purchase of Petrohawk, Statoil’s acquisition of Brigham Resources in October 2011, and Freeport-McMoRan’s purchase of Plains Exploration & Production and McMoRan Exploration in December 2012 all provided the buyers with a fully functioning organization in place that had the expertise necessary to continue with the project execution.

M&A activities are a relatively risk-free way to add proved reserves. Oil and gas companies either need to drill to discover and prove reserves, or they can purchase reserves already proven by another company. Metrics such as the “reserve replacement ratio” discussed by many public companies show the importance of continuously adding more proved reserves than are produced.

Fig. 1 shows the amount paid for proved reserves by year over the past decade (transaction value/total proved reserves). When adjusting for the oil-to-gas price equivalence at the time of announcement, proved reserves in corporate M&A deals have traded, on average, in the range of USD 30 to USD 40 per BOE. It also appears to roughly track oil price movements. From 2010 to 2012, proved reserves traded higher because shale reserves were not being fully booked as proven but still valued in mergers.

A notable example would be BHP Billiton’s purchase of Petrohawk, which traded for USD 79/proved BOE (USD 95.69/bbl and USD 4.42 MMBtu or an oil-to-gas value ratio of 21.6:1). As more shale reserves were booked as proven over the next couple of years, the price paid per BOE steadily dropped.

The benefit of corporate M&A for an E&P company is that it can accomplish many goals in one transaction. This includes improving financial strength and efficiency, entering a lockedup play, adding proved reserves, and adding key employees. Companies pay a premium in corporate deals vs. asset-only transactions and these other benefits truly do allow a company to unlock additional value.

Doug Rogers is a managing director for the oil and gas acquisition and divestiture (A&D) advisory business at Evercore. He has more than 12 years of experience in reservoir engineering and investment banking advisory roles. Since joining Evercore, Rogers has worked on a number of corporate mergers and acquisitions, asset A&D deals, capital raises/joint ventures, and fairness opinions. His technical career began at ExxonMobil where his work focused on field exploitation and development, opportunity evaluation, reserves, and strategy. Rogers holds a BS in chemical engineering from Brigham Young University and an MBA from the McCombs School of Business at the University of Texas at Austin.