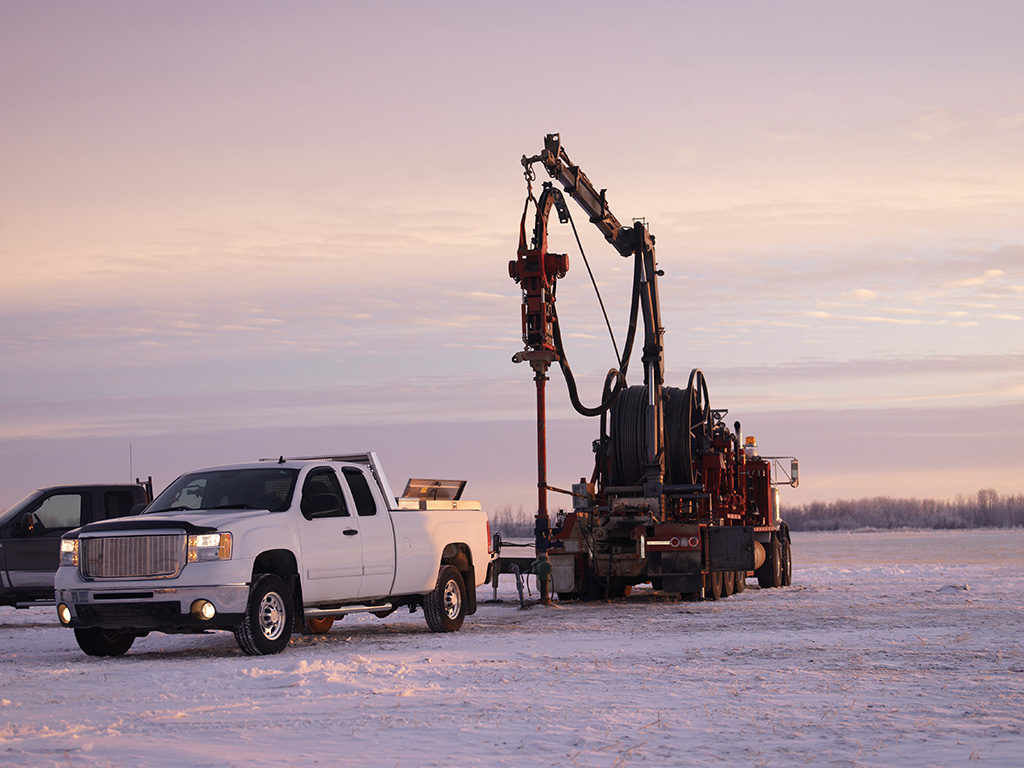 Underbalanced coiled tubing (CT) drilling (UBCTD) has continually advanced since the first trials in the 1990s but remains a relatively niche drilling technology. Most of the wells drilled using UBCTD in the past decade have been in Saudi Arabia and Alaska. Like horizontal drilling and unconventional resources before it, UBCTD has been extensively trialled and optimized on fields around the world, and it would seem that now—with projects set to start in Oman, Abu Dhabi, Indonesia, New Zealand, and the US in the next year—we have reached a turning point for UBCTD implementation.

The way these technologies are used is similar to the way they are used in conventional drilling, but there are some differences. The CT is usually 2⅜-in. or larger and must have an e-line installed. It is not required to use a CT unit specifically designed for UBCTD; nearly all CT units can be converted for the purpose.

UBCTD BHAs run on e-line so that communication can be maintained when drilling with two-phase fluids—for example, water and nitrogen. An advantage of this is that downhole readings are communicated to surface in near real time, which provides the operator with a greater opportunity to utilize the downhole measurements.

The concept behind directional drilling a well on CT is very similar to conventional drilling with mud motors. The motors have a bent housing so that the bit is pointed in a certain direction, called the toolface. The orientation of the toolface decides the direction of the well. This can be adjusted to change course or it can be rotated continuously to drill straight and hold sections. As CT cannot be rotated, all toolface orientation must be carried out downhole using an orienter module. This module is controlled electrically from surface, and it is key that the orienter can continuously rotate, when required, to drill the straight-hole sections. The high-speed communication to surface means that directional drilling on CT is very fast paced, with small toolface changes being possible and real-time responses communicated from the tool.

The fluids package for underbalanced drilling projects needs to be able to separate out the drilling fluids and produced fluid from the well; as the well is underbalanced, produced oil, gas, and water will flow to the surface. A conventional underbalanced drilling fluids package has to deal with rotating pipe and therefore requires a significant amount of maintenance, making the fluids package a weak point in the system. However, for UBCTD operations the package can be connected up without having to deal with any rotating components or connections. This guarantees a stable downhole pressure, preventing any overbalance from damaging the formation, while also minimizing failure points in the system.

UBCTD is not a new concept but technology advancements over the past few years have created opportunities for operators to take advantage of its benefits without having to foot the cost of a new technology. CT is now available in larger sizes that provide greater flow rates and lateral reach. Downhole tools are now much smarter with a full measurement-while-drilling suite, including downhole weight-on-bit, gamma, and pressure-while-drilling. On-surface data can be combined from all the equipment packages and displayed quickly so that real-time decisions can be made.

There have been major technological advances in other parts of the oil field, so what could be attracting operators to start utilizing UBCTD as the oil and gas industry is still reeling from the worst industry downturn in decades? The advantages of UBCTD can be focused into two categories—production advantages and operational advantages. Depending on the project, an operator is likely to be focusing on one of these categories, with the other advantage coming as an additional benefit.

Production advantages are as follows:

Note that these are not exhaustive lists, and operators will have unique considerations that will affect their decision to use UBCTD.

However, no technology is without limits, and UBCTD has its own limitations. The technology is targeted at reservoir drilling and is not suitable for tophole or intermediate sections unless on very shallow, simple wells. The other major limitation is in the horizontal lateral length. Horizontal sections up to 5,000 ft can be achieved with the right well profile but extended lengths present a significant challenge. In addition, personnel training and experience and equipment availability are limits to quickly scaling the use of UBCTD.

Technology has revolutionized every industry in recent years and the oil industry is no different. UBCTD technology has now advanced to the point where it can compete commercially and make some forward-thinking operators a good return. The next few years will show if it has the ability to revolutionize the industry or if it will stay as a niche technology.

A member of the TWA Editorial Committee, Adam Miszewski is the global operations manager at AnTech and oversees the planning and execution of global drilling operations. He is also active in developing and integrating operations with strategic partners for successfully executing coiled tubing drilling projects for the company. After graduating from Imperial College London, Miszewski began his career at BP as a drilling engineer delivering offshore wells in the North Sea, UK.  While in Aberdeen, he was an active member of the SPE Aberdeen Section Young Professionals Committee.