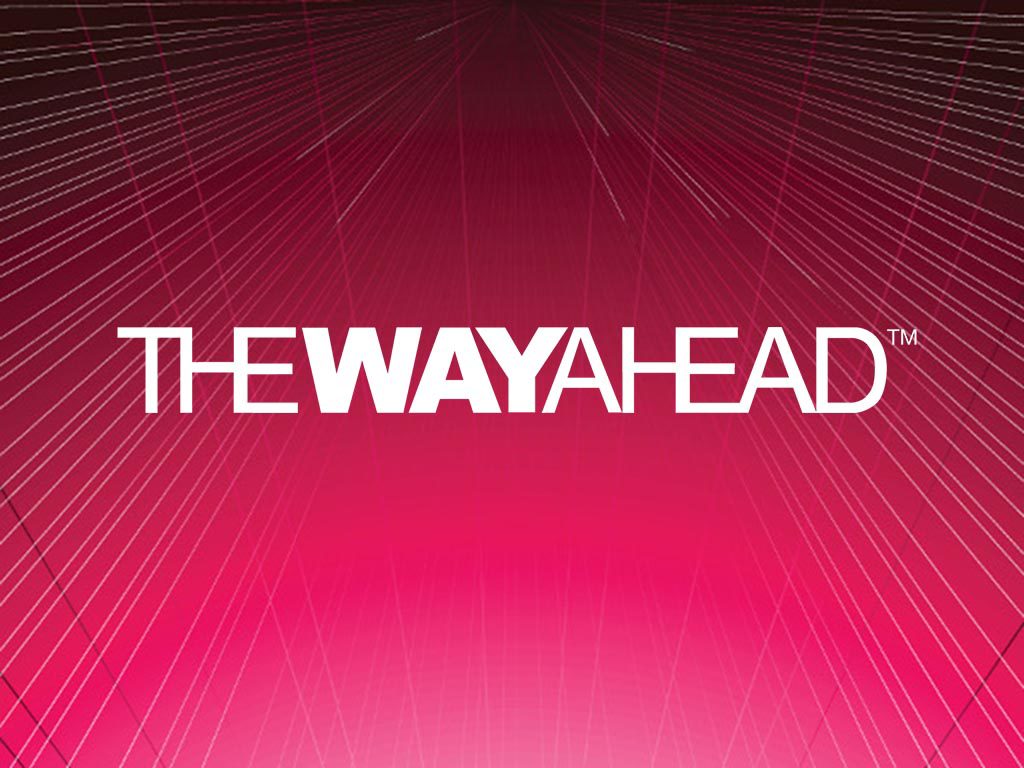 Over the past decade, completion technology has evolved to allow the segmentation of horizontal wellbores into smaller compartments that can be individually stimulated. This concept of multiple stimulation treatments within the horizontal section of a well has made oil and gas wells in conventional and tight reservoirs more prolific and led to growth in completions equipment and horizontal fracturing services. Many service companies have expanded their product offerings to include pressure pumping or completions, services that have grown dramatically over the past decade.

Trican had been considering expansion into completions for some time. The business case is obvious. Fracturing and completion tools are the foundations of modern well completion practices and having technology and expertise in both markets can equate to higher revenue and increased profit.

Joining Trican in 2012, my direction was to establish a completion tool business that could be used either as a standalone product line or to work collaboratively on bundled services projects alongside Trican’s pressure pumping service lines.

In establishing a completions business within Trican Well Service in 2012, we found ourselves searching for technology that was market ready, innovative, and designed with the industry trend in mind. The result was the acquisition of i-TEC Well Solutions in January 2013, which formed the nucleus of Trican Completion Solutions.

Completion methods have evolved significantly over the past 20 years. Wells were once mostly vertical comprised less than five producing zones, and required limited stimulation, which was usually performed separately from the installation of completion hardware. Drilling and completion operations in the field were separate and distinct undertakings on different rigs.

Today, completions are largely horizontal with typically more than 15 producing intervals with stimulation (hydraulic fracturing) repeated for each zone. Drilling and completion phases have very blurry boundaries, and the bulk of the installation work is done with a drilling rig. Hydraulic fracturing is intensive in modern completions with tools designed around high flow rates, high pressures, and the need to survive sand-laden environments.

Early on in the development of horizontal multistage completions, typically in more stable reservoirs, the horizontal section was left openhole and stimulation was done on drillpipe with straddle inflate assemblies. However, many reservoirs did not have the mechanical integrity and could not be left barefoot. As well, barefoot completions made production management virtually impossible. Cased-hole completions were the answer and original technologies were either plug-and-perf (PnP) or openhole completions using ball-activated sliding sleeves isolated between two packers. The advantages and drawbacks of each system (Table 1) created two schools of thought within the industry: cemented completions and openhole.

The potential risks of adapting to a new technology in the midst of a field-development campaign are often too high to justify the potential cost savings, so many operators stick to the methods and technologies that work for them.

In some regards, openhole completions have proven to be successful to capture initial production, but with limited options for restimulation, many are abandoned. For some operators, this “disposable well” concept may be good to obtain temporary increases in production, but the producers with a longer-term perspective of their assets want something that can be refractured and has the robust well architecture that cemented casing provides.

Given the challenges inherent to both PnP and openhole completions,  producers have been seeking the ultimate goals of ensuring fracture placement, long-term well stability, and zonal isolation along with full bore access. Ball-seat restrictions create friction pressure during stimulation, create wellbore debris during mill up, and inhibit production. Reducing the amount of intrusion into the wellbore from ball seats can help reduce some of these problems.

In general, these needs and wants manifest themselves as industry trends such as

The overall operational efficiency of ball-drop systems is quite high since the pause between subsequent stages is limited to releasing the next ball into the fluid stream. Although the zipper fracture technique has drastically reduced the overall downtime of equipment during the job, the wireline bottomhole assembly (BHA) still has to be pumped into the wellbore, which forces almost a full wellbore worth of fluid volume into the freshly stimulated stage. Not only are the fluid costs high, but this risks over-flushing the stage and possibly displacing sand deep into the fracture inducing near-wellbore closure.

Longer horizontal displacements with higher perforation density mean more sliding sleeves are required along with the isolation mechanism between them to ensure that fractures are placed in the correct stage. This increases the weight and stiffness of the completion BHA making it more difficult to deploy in long horizontals. Friction between the completion and the borehole creates helical buckling during deployment. The decision then becomes whether to reduce the number of stages in the completion (and therefore the number of packers and sleeves) or to “float” in the casing and risk additional operational challenges. Cemented casing eliminates the need for openhole  packers for isolation and makes the completion BHA lighter and easier to deploy in longer horizontals. The gain is the long-term well integrity while not having to reduce the number of fracture initiation sites (perforations or sleeves).

Our goal at Trican was to find a technology that could be readily deployed commercially and is adaptable to different markets that deploy horizontal multistage completions. In identifying potential technologies we focused on ones that had the following attributes:

Most of the larger service companies had patent-protected technologies while several smaller companies were deploying “me too” systems. There were a few original equipment manufacturers of standard ball-drop drillable systems, but many did not have the features that we thought would be on trend with industry needs. Cemented ball-drop systems, which we felt reflected industry trends, were few and far between. However, after some searching, we discovered the i-Frac system developed by i-TEC Well Solutions.

The heart of the technology is the patented expandable ball seat that is contained within the i-Frac “flex” valve. Deploying up to 20 flex valves in a single stage, the activating ball lands on the flex valve seat and opens the valve. Differential pressure provided by the sized nozzles exiting the valve generates enough backpressure to force the ball to expand the ball seat and pass on to the next valve in the stage. After the ball passes through all of the flex valves in the stage, it is arrested in the final “fixed” seat valve and the entire stage is open to perform limited entry fracturing. This process is repeated for all of the other ball sizes and stages starting from the toe of the well to the heel with progressively larger ball-size increments.

After stimulation is completed, the balls can either be flowed back to surface or allowed to dissolve depending on ball material and completion design. The result is up to 440 valves in a single wellbore with a perforation density equal to that of PnP completions.

After performing considerable due diligence on i-TEC as well as the technology and intellectual property, Trican entered a distribution agreement until a sale process was initiated by the i-TEC owners. Trican was ultimately successful in the acquisition process and the deal was closed in early January 2013.

Although Trican Well Service, the parent company, is a large international company many times the size of i-TEC, the completion group was nascent and quite small by comparison, with only a handful of people in Canada with little infrastructure or process. i-TEC was a company in the US and Norway comprising about 40 people with highly developed engineering and quality, health, safety, and environment capabilities. It was therefore envisioned that the small completions team in Trican would merge with the US and Norwegian i-TEC organizations to create the nucleus of a completion tool business within Trican.

The main challenges of the integration were the following:

The main objectives were to implement a new organizational structure with key employees from i-TEC and Trican along with the integration of all products and services into a common offering. In addition, all networks and email systems would be integrated along with the harmonization of engineering processes. The intent was to have the integration completed within 90 days of the purchase of i-TEC.

Larger projects were identified, such as implementation of a common enterprise resource planning system along with the rebranding of the business to be identified as one of Trican’s brands. In addition,  ISO 9001 was desired throughout the organization, which meant implementation in the US and Canada. These further integration steps would be done during the second year to reduce the risk of losing focus on growth and customer service.

The main objectives were accomplished within the 90-day period with little disruption to the business. i-TEC was a small and cash-starved organization that needed a larger company to invest in systems and processes. These needs along with the similar cultures between the two organizations made for a smooth integration process, and the combined company was rebranded as Trican Completion Solutions. The successful integration of i-TEC into Trican laid the groundwork for expansion into Russia in the spring of 2013.

The formation of Trican Completion Solutions has been a challenging, exciting, and rewarding venture. The initial plan was to “build it organically,” but once the right technology and company was found, it made more sense to accelerate the growth through acquisition. Although this certainly has been a catalyst for growth of the business, it created the challenge of having to integrate two organizations and implement common processes. The new company has grown quickly and the current run history includes more than 12,000 valves installed and stimulated in 6 countries in 55 different fields. The main reason for the success can be attributed to finding the right technology for the needs of the industry and creating an organization that can deploy the technology successfully.

Andrew Buzinsky is vice president of completion solutions at Trican Well Service, and was previously director of completion systems and downhole tool services. Before that, he was president of Logan Completion Systems, a subsidiary of Logan International. He holds a BE in mechanical engineering from the University of Saskatchewan and an MBA from Queen’s University in Kingston, Ontario. Buzinsky is a member of SPE and Association of Professional Engineers, Geologists, and Geophysicists of Alberta and is a registered professional engineer and a certified management accountant in the province of Alberta.