Lucky No.7: A Tale of Oil in the Saudi Arabian Desert 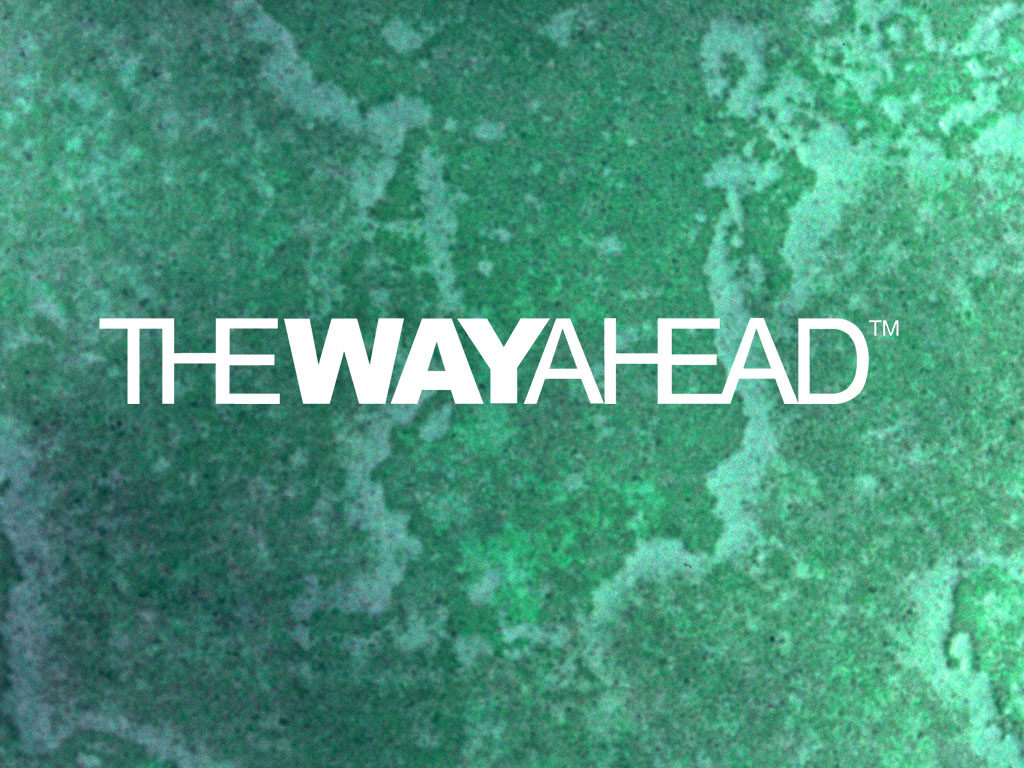 In March of 1938, on the heels of six commercial failures, wildcatters drilled a new well that heralded the arrival of the most prolific oil field yet discovered. The fabled Dammam No.7 well established the existence of the supergiant Ghawar field in the desert kingdom of Saudi Arabia and ushered in a new age of petroleum wealth and power for a land that had comprised mostly nomadic tribes.

With 71 billion barrels of estimated oil in place, Ghawar takes the prize as the largest conventional oil field ever discovered. The American Association of Petroleum Geologists has identified more than 500 oil fields as world-class “giants”—those with proven oil reserves of 500 million barrels of oil or natural gas reserves exceeding 3 Tcf. A supergiant field is one containing more than 5 billion BOE in reserves. More than 200 of these giant oil and gas fields are concentrated in the Persian Gulf region—meaning that Saudi Arabia drew a lucky hand, indeed.

Less than 10 miles south of the prolific Dammam Dome sits Dhahran, a city closely linked to the Saudi oil industry. Initially established as a camp for wildcatters, and then permanantly settled after the delivery of commercial oil production, Dhahran has been Saudi Aramco’s headquarters for nearly 80 years.

Weaving Together the Threads of Saudi Aramco

In the 1990s, the company quickly scaled up production to meet supply shortages caused by Iraq’s invasion of Kuwait. More recently, Saudi Aramco solicited support from the Organization of the Petroleum Exporting Countries to maintain production in an effort to reduce global oil prices, the reasons of which could be attributed to geopolitics and other strategic supply and demand initiatives, and is a topic for another article.

Much of the history of Saudi Aramco can be found in Daniel Yergin’s award-winning book The Prize. The company originated in 1929 as the Bahrain Petroleum Company, a project backed by Chevron (then Standard Oil of California or Socal) to extend its reach outside of America. Socal was granted a 440,000-sq-mile oil concession in eastern Saudi Arabia, but after several years without a commercially viable well, half of the concession was given to Texaco in exchange for marketing infrastructure.

Success came in 1938, when the company drilled the 1,500-B/D No. 7 well on the Dammam Dome. Six years later, the company’s name was changed to the Arabian-American Oil Company—Aramco, and oil production had risen to 20,000 B/D.

Aramco’s hyperbolic growth generated great interest from abroad: in 1948, Exxon purchased 30% of Aramco and Mobil purchased 10%. After Exxon and Mobil took a stake in the company, the Saudi Arabian government slowly forced the American company to give up small portions of its concession. In 1950, to avoid the prospect of Saudi Arabia forcibly nationalizing all of Aramco’s facilities within the country, Aramco agreed to split its profits in half between the American companies and the Saudi Arabian government.

Due to the incredible discoveries of Safaniya (considered the largest offshore oil field in the world) and Ghawar, recoverable reserves had ballooned to 50 billion bbl in the 1950s. Beginning in 1973, the Saudi Arabian government incrementally increased their stake in Aramco until the company was wholly owned by the government in 1980. In 1988, the company’s name was formally changed to Saudi Aramco.

The company is currently the world’s largest producer, averaging 9.5 million B/D of crude oil production, according to it’s 2014 annual review. According to the 2015 BP Statistical Review of World Energy, Saudi Arabia has proven reserves of 267 billion bbl or roughly one-sixth of the remaining oil in the world and 288 Tcf of natural gas reserves (the sixth largest in the world)—all in the rich desert sands of the Arabian Peninsula.

The company would not be today’s multinational behemoth without a rich history of mergers, partnerships, and acquisitions.

Saudi Production in the 21st Century

The rarity of giant fields means that the life span and reservoir management of Saudi Arabia’s fields have the potential to influence the global market for years to come. The country continues to develop new fields and enhance production from mature fields that are depleting at an estimated 8% annually. According to Business News, Saudi Arabia is pursuing dual strategies to boost its oil output by 1.75 million B/D by 2017 and to fast-track its shale gas exploration.

To boost output, Saudi Aramco is planning to pilot enhanced oil recovery (EOR) programs at Ghawar, which is believed to have at least 70 billion bbl in remaining reserves. After 60 years of production, Ghawar will receive a facelift in the form of the Uthmaniyah CO2-EOR Demonstration Project. To be implemented in a small area at the Uthmaniyah production unit (only a small portion of Ghawar), the project will consist of four injector wells, two observation wells, and four producers. The EOR mechanism will alternate water and gas, with a cycle of 3 months of CO2 injection followed by 3 months of water injection.

The second strategy is to develop Saudi Arabia’s vast shale resources. Although unconventional gas reserves are almost completely untapped in the Middle East, Oil Minister Ali Al-Naimi estimates that Saudi Arabia possesses 600 Tcf of shale gas—more than double the kingdom’s proven conventional gas reserves. However, there is one huge hurdle to overcome: shortage of water needed for hydraulic fracturing.

Living and Working in the Kingdom

Comprising the majority of the Arabian Peninsula landmass, Saudi Arabia lies between the Red Sea and the Persian Gulf. If business brings you to Saudi Arabia, you will likely visit Dhahran, located on the Persian Gulf less than 20 miles from the island nation of Bahrain. However, the capital and administrative seat of the country is Riyadh, in the center of the Arabian Peninsula. Saudi Arabia’s oil and gas pipeline terminals include Al-Jubail on the Gulf and Yanbu on the Red Sea, and both cities also contain large petrochemical industrial complexes.

Due to the multinational flavor of the oilfield development in Saudi Arabia, by the end of the 20th century, more than a quarter of the country’s population comprised foreign workers. Attempts to nationalize the workforce led to the creation of several universities in Saudi Arabia that offer petroleum engineering degree programs. The King Fahd University (KFU) of Petroleum and Minerals in Dhahran is a highly competitive public university with an acceptance rate of only 10%. King Saud University (KSU), in the capital city of Riyadh, also offers petroleum engineering degree programs. Both KFU and KSU have active SPE student chapters.

Despite the Western influence due to the development of the petroleum industry within its borders, the country remains grounded in its Arab and Muslim roots. When you visit, do not plan on packing your shorts and tank tops; regulations governing appropriate attire are strictly enforced. Modest and conservative is the way to go.

When eating out, be aware that Islamic dietary customs are observed—this means alcoholic beverages and pork products are not allowed. Instead, try the traditional stuffed lamb dish called “khuzi,” or a popular rice dish featuring fish or shrimp called “makhbus.” A readily available beverage is Turkish-style coffee, guaranteed to put a caffeinated pep in your step.

In addition to workers in the petroleum industry, the kingdom draws many visitors each year for less pecuniary reasons—within Saudi Arabia’s borders lie two of the holiest sites of Islam: Mecca and Medina. Sometimes called “The Land of the Two Holy Mosques,” the country receives nearly 2 million hajj pilgrims each year.

For entertainment, Saudi Arabia boasts a unique sporting event that draws many spectators: camel racing. You can watch the race at the annual Jenadriyah National Heritage and Culture Festival. During the 2-week span of the festival each year, more than 1 million Saudis gather at the fairgrounds north of Riyadh to embrace the country’s culture and tradition. Commencing with the camel race, the festival features traditional music and national dances, as well as an extensive market, horse racing, and displays of traditional crafts.

At some point, Saudi Arabia’s black gold will run out—which may be as early as 2030, according to a Citigroup report. Without it, the current Saudi economy may grind to a halt. To combat stagnation, Saudi Arabia has recently undertaken an ambitious (and expensive) plan to kick its oil habit and shift away from decades of single-commodity dependency toward a more knowledge-based economy by 2025. According to a recent article by the BBC, part of the plan to diversify the economy has resulted in an international scholarship program that sees more than 130,000 Saudi students studying abroad at the world’s leading universities.

Having both the largest proved oil reserves and one of the most powerful oil and gas companies in the world, Saudi Arabia remains poised to lead the petroleum industry through much of the next century. Although its days of wildcat discoveries of supergiant oil fields are likely over, this desert kingdom should not be discounted in its role in the long-term energy picture. The challenge, however, will be applying new technology and innovation to its existing fields to increase longevity and efficiency from current production.