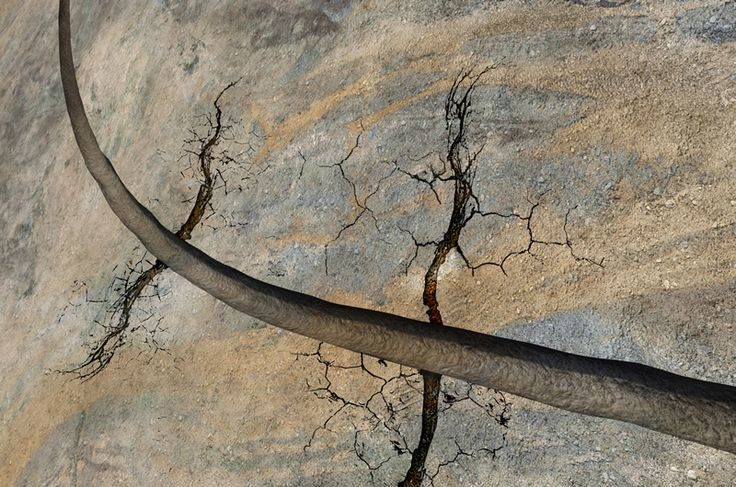 This article reviews the optimization of hydraulic fracturing operations in regards to multiple fracture growth homogeneity. This can be achieved through the modification of current conventional practices with the introduction of three, easy-to-implement stress shadow mitigation techniques.

The industry has spent decades developing a reservoir stimulation technique based on the idea of creating a network of cracks that enable hydrocarbons to flow out of the rock. This became known as hydraulic fracturing; a process used today by virtually all wells for the production of commercial hydrocarbon quantities from unconventional reservoirs. Hydraulic fracturing operations combined with horizontal wellbores are key in producing hydrocarbons profitably from low-permeability formations such as shale.

A typical fracture treatment of a horizontal well (Fig. 1) comprises a number of stages. Every stage consists of a number of perforation clusters; usually from three to six each with multiple  perforations per cluster. Out of all perforations in each cluster “active” perforations are the ones generating fractures.

The creation of a fracture generates a perturbation in the surrounding stress regime, affecting the propagation of other fractures (Fig. 2). This interference phenomenon is known as the “stress shadow” effect. Quantitatively, in a transversely fractured horizontal well, stress shadowing is manifested as an increase in the in-situ stress parallel to the wellbore (in the majority of cases, Shmin). During simultaneous multiple fracture initiation, the combined stress shadow effects of the propagating fractures make them grow dissimilarly as seen on Fig. 2 for three, five and six perforation clusters.

Second, the pressure drop along the wellbore from heel-to-toe is ignored, hence the geometric symmetry of the multiple fracture propagation shown for five and six perforation cluster arrays in Figs. 2 and 3. This pressure drop along the wellbore makes it harder for fractures to initiate at the toe of the horizontal wellbore as opposed to the heel and would lead to an asymmetry in the propagation geometry of fractures within a stage.

Just like irregular cluster spacing, this technique can be applied within a single stage or across multiple stages by keeping the perforation diameter constant during a stage. Proppant transport through the small diameter perforations and the costs of having multiple perforation guns onsite are among the parameters that need to be considered in the application of this technique.

Roussel and Sharma (2011) proposed an alternative one-after-the-other, sequential strategy for mitigating the stress shadowing effects in a horizontal well during multistage fracture treatments. It was suggested that an alternative fracturing strategy of 1-3-2-5-4 reduces the stress shadow-affected region, compared to consecutive fracturing of 1-2-3-4-5 (Fig. 5), subsequently reducing the interference effect on the fractures’ geometry and propagation. With alternative sequencing, the even-numbered stages are spaced further away from the previously pumped stage, whereas in consecutive sequencing all stages are pumped at a fixed, smaller distance from the stage previously pumped.

Moreover, the stress perturbation around a fracture drops with time due to leak-off of the fracturing fluid from the fracture to the surrounding formation leading to fracture closure (Manchanda and Sharma, 2013). Therefore, using the alternative sequencing strategy allows more time to reduce the spatial extend of the stress shadowing from the previous stages resulting in less resistance to fracture growth for the new stage.

Comparison of the Three Techniques

Practicality. When it comes to applying any of the techniques at field scale, difficulties arise making the technique’s implementation more difficult than in theory. The irregular perforation cluster spacing technique is the easiest technique to implement, while the alternative sequencing technique is the hardest technique because it requires a special “moving sleeve” that enables fracturing stages back-and-forth (along the horizontal wellbore) as opposed to the conventional “plug-and-perf” practices for consecutive sequencing. The perforation diameter variance technique falls somewhere between Techniques 1 and 3 with its impracticality due to the need of multiple perforation guns on site.

Expense. The irregular perforation cluster spacing technique is by far the cheapest method among the three techniques as it does not require any changes in the conventional equipment used in fracture treatments. The additional perforation guns required for Technique 2 and specialized equipment for Technique 3 raise the operational costs for these treatments.

Field-Scale Evidence. The alternative sequencing technique dubbed as the “Texas Two-Step” was tested by Lukoil in Russia achieving flow rates up to four times higher compared to conventional practices in wells located at the same region (Algarhy et al. 2017). To the authors’ knowledge there has been no field-scale testing of Techniques 1 and 2.

Andreas Michael is a PhD student at Louisiana State University researching topics related to hydraulic fracturing. He received his bachelor and master’s degrees from the University of Texas at Austin in 2013 and 2016, respectively. His professional interests include unconventional reservoirs, petroleum geomechanics, petrophysics, economics, and geopolitics.

Ali Habibi is a PhD degree candidate in petroleum engineering at the University of Alberta, Canada. His research interests include wettability evaluation of unconventional resources, application of enhanced oil recovery techniques in tight oil formations, and application of nanotechnology in formation-damage prevention. Habibi holds bachelor’s and master’s degrees in chemical engineering and reservoir engineering from the University of Tehran, Iran.

Renato Rios is a senior drilling engineer at Lloyds Register and specializes in deepwater drilling. Rios has more than 10 years of experience in well construction, project management, procurement, and high-performance team building in complex exploration and development projects. He holds a PMP Certification and is currently working toward an MSc in oil and gas engineering at Robert Gordon University.