Building a Career in Reserves Estimation 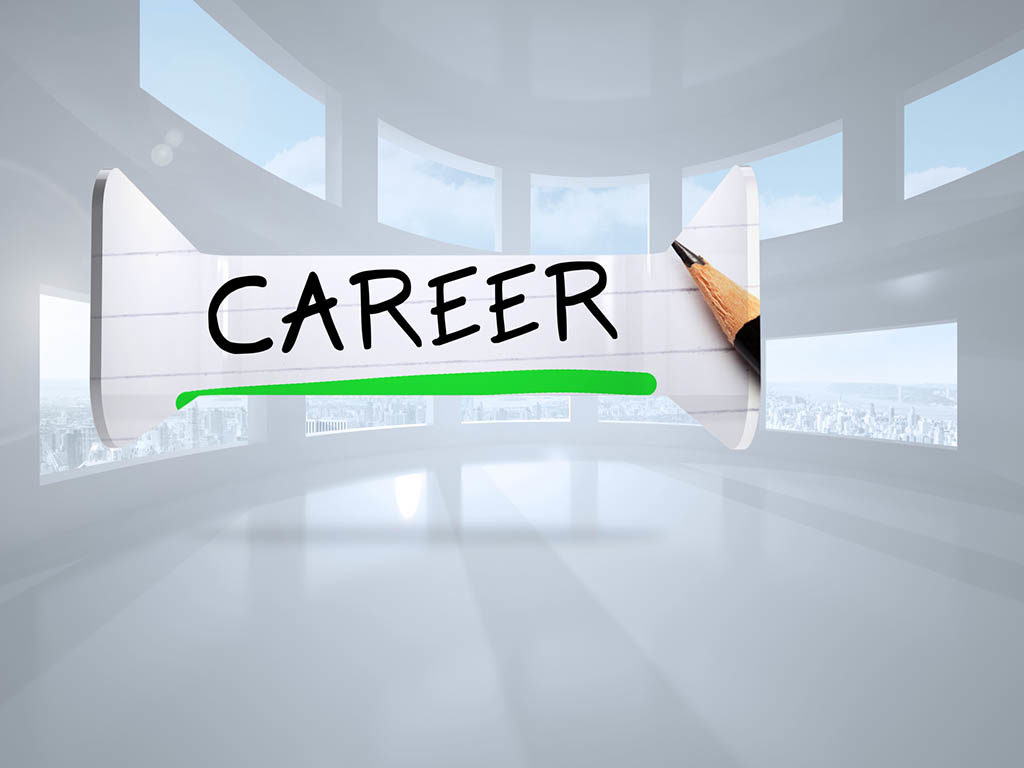 The substantial reduction in global oil prices has put the oil and gas community in a challenging and yet vaguely familiar position. It is once again reminded of the effect oil and gas prices have on companies working to profitably exploit these resources. When there are changes in prices, reserves estimation can dictate the profitability an operator can ultimately obtain.

Larry Mizzau, principal for reserves and resources governance at Cenovus Energy reflects on his 30-plus years of experience in the industry and shares his thoughts on how commodity prices impact operators, reserves consultants, and young professionals (YPs) looking to establish a career in reserves estimation.

What is reserves estimation?

Reserves estimation is a key step in understanding an oil and gas company’s resource base and the opportunities it affords.  It is found at the crossroads between asset management and financial stewardship.  It involves the estimation of remaining volumes of hydrocarbons economically recoverable from an oil and gas operator’s subsurface assets using current technology.

Given that reserves exist deep in the ground, they cannot be determined with absolute certainty and, as such, can only be estimated.  To assist investors in understanding this uncertainty, reserves estimates are typically determined at different confidence levels.

In Canada and the United States, public operating companies must disclose an updated estimate of their remaining oil and gas reserves on a yearly basis as part of their year-end financial reporting. Specifically in Canada, operators are required to disclose assessments prepared or audited by independent qualified reserves evaluators (IQREs) who can be externally or internally retained by the company.

A career in reserves estimation can really take several different forms for a YP. One might work for an independent evaluation firm or consultancy as an IQRE, estimating reserves and resources on behalf of an oil and gas company, or work directly for the oil and gas company as an internal (but independent) qualified reserves evaluator or in a coordinating capacity.  The coordinating role is more focused on ensuring that the estimation of reserves and resources and their subsequent disclosure are completed to proper industry standards and comply with regulations governing the disclosure of financial and other oil and gas information by publicly traded companies.

As a YP, working for a consultancy generally means you will be working under the leadership and guidance of senior engineers and geoscientists, typically performing detailed analytical work. Over time, you might find yourself working your way toward a more senior role in the company where you supervise the technical work and economic analysis performed by junior staff and manage client accounts and business relationships.

Working for an operator as a reserves professional means you will more commonly be coordinating reserves evaluation work, which involves providing guidance to and taking input from the IQREs, members of the asset teams, and many other professionals within the company. More senior coordinator responsibilities include overseeing data conveyance between the operating teams and the evaluators, interpreting securities regulations to define form and content of corporate disclosure, and stewarding the review and approval of the annual results by the board of directors.

What are the typical day-to-day activities that a reserves estimation professional is involved in?

Most IQREs follow a structured set of activities when estimating reserves and resources, and a YP could be involved in any part of these activities. Below is a typical process IQREs follow to estimate the reserves for an oil and gas asset:

2. Evaluate recovery and well performance for a particular asset. Depending on the asset, the evaluator will need to look at the recovery mechanism in place to understand how oil and gas assets are being exploited. Recovery can be determined volumetrically (as is often the case when estimating undeveloped reserves) or by other methods such as decline analysis and material balance.

4. Generate production forecasts and economics using assigned reserve and resource volumes, capital cost estimates, operating costs, and development plans for an asset. As a matter of course, the evaluator will compare operator-supplied information such as production and cost forecasts with analog field or industry performance prior to finalizing their economic evaluation.

What type of skills will be required by an engineer or geoscientist to transition into a job in reserves estimation?

Most YPs will begin work in the area by developing technical and economic skills as an evaluations engineer or geoscientist. They will need to become fluent in a multitude of technical fields, including basic geology, geophysics, mapping, log analysis, reservoir engineering, and production engineering as well as building a sound understanding of new technologies. Any professional who already commands these technical skills is a prime candidate to embark into reserves estimation but must also possess three critical competencies—proficiency in public discourse, curiosity, and above all, attention to detail.

Because reserves estimation is a key element of a company’s public disclosure, new entrants will find that it is a fairly precise area of business (which tends to bode well for engineers) and is heavily influenced by a large amount of terminology and definitions. Most engineers will deal with a large cross-section of professionals of different backgrounds from both inside and outside of a company. The ability to work with multiple teams is critical. Professionals should have well-rounded communications skills and not be shy to engage in detailed conversation.

In addition, becoming a professionally licensed engineer is a must, while membership in the Society of Petroleum Evaluation Engineers and SPE—although voluntary—is highly beneficial for networking and keeping up-to-date with new industry standards regarding reserves quantification.

How can a role in reserves help a YP with his or her career advancement?

In addition, a YP working in a reserves estimation role would tend to get exposure to a wider cross section of individuals within a company than most engineers and geoscientists working in other capacities. Working in reserves offers the opportunity to interact with other professionals working in finance, accounting, investor relations, legal, operations, planning, and senior leadership, the latter often at the executive and board of director levels.

Can working in reserves facilitate a transition from a technical to a management role in an oil and gas operating company?

Absolutely, that is what often happens. Senior engineers will often be placed into reserves/resource governance roles and then subsequently transition into a management position. In my role as the secretary for the Cenovus Reserves Committee, for example, I am frequently in meetings with senior and executive level management. Generally speaking, the more senior roles in reserves tend to be more management and policy-setting in nature. However, it is imperative to have a strong technical background. I fundamentally believe that engineers who excel in reserves are also capable reservoir engineers.

How do oil and gas price fluctuations impact the reserves forecasts in a corporation?

Oil and gas prices can have a significant impact. Reserves, by definition, must be economic, so if prices drop significantly (as of late), reserves may no longer be economic and may result in a reclassification into contingent resources. This could result in a write-down of reserves for a company, ultimately affecting the corporate balance sheet and valuation in the public marketplace. To be clear, however, the resource doesn’t go away, it just gets reclassified due to economic reasons.

How can oil and gas price fluctuations impact your career if you are working in a reserves role?

First of all, no one in oil and gas is immune to the fluctuations of commodity prices, but all public companies in the upstream business are required to file an annual disclosure regardless of their financial situation. This presents some level of job security for professionals working in the reserves estimation space.

Nevertheless, quantifying reserves carries an enormous responsibility for professionals in this area, as the accuracy of their assessment has an enormous influence on the financial health of a company. In low-price environments, this can make the assessment more challenging and often more political. Incorrect or improper reserves estimates can result in misled investors, refiling of corporate disclosure, securities investigations, class action lawsuits, and in some cases, criminal prosecution, all of which hold negative implications to a company’s financial health.

One of the challenges that reserves professionals face in their work comes from the uncertainty associated with reserves estimation.  They meet this challenge by performing evaluations to rigorous standards and over a range of certainty levels, such as proved, probable, and possible estimates for reserves.

How much influence should an operator have over a consultant in doing a reserves evaluation? What is the importance of the operator and consultant interaction?

This is an excellent question. The influence that an operator has over the quantification of its reserves has important ethical overtones.  In Canada, for example, there is a requirement that publicly disclosed reserves estimates be prepared independently, without undue pressure or influence from the operator.

At Cenovus, we encourage the operating teams to talk to the evaluators about data, their interpretation, and their impact on future performance, but to refrain from dictating the outcome of the evaluation. To ensure independence, we have put in place a number of checks and controls, including holding a 45-minute in-camera session between the evaluators and Cenovus board of directors where the board explores whether the evaluators were pressured by the management.

Throughout the evaluation process, open and constructive dialogue between both groups is encouraged to ensure the evaluator receives all material information required to enable a proper estimate of hydrocarbon reserves. As part of the dialogue, the IQREs are allowed to inquire about the nature of the data and information provided by the company. Conversely, when the IQRE presents his or her results, the company personnel are permitted to challenge the estimates and oblige the evaluators to explain their results. Ultimately, upstream corporations with proper governance should have minimal influence over the reserves estimates, ensuring the legally mandated independence of the evaluation and the highest-quality disclosure for their investors.

Larry Mizzau is principal for reserves and resources governance at Cenovus Energy and is responsible for Cenovus’ reserves and resources evaluation and disclosure. Before this, Mizzau has held several positions in mergers and acquisitions (M&A) at Gulf Canada Resources, Shell Canada, Alberta Energy Co., and Encana, being responsible for the coordination, evaluation, and closing of many large oil and gas asset and corporate mergers, acquisitions, and dispositions.  Before his career in M&A, he was a reservoir engineer with Gulf Canada responsible for early field development, specializing in subsurface data acquisition, well testing, and reserves estimation.  Mizzau graduated with honors from the University of Waterloo with a BASC in chemical engineering.