Recent Graduates in the US, Canada, and the UK 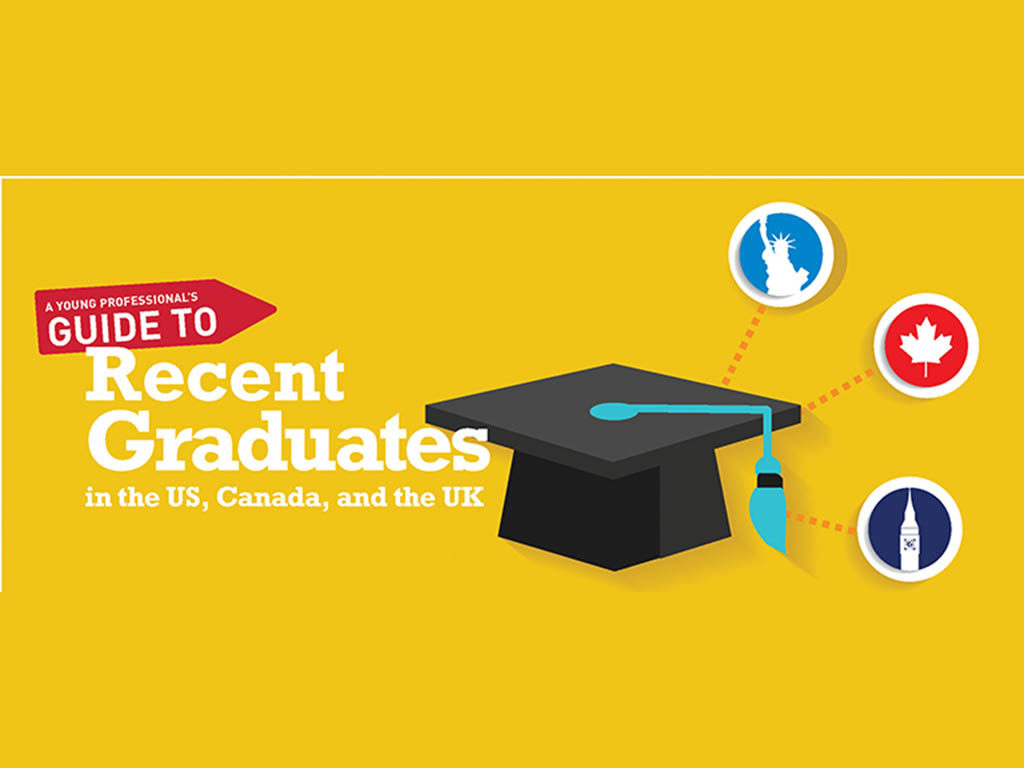 As exciting as it is to finish university, it can also be overwhelming! The plethora of opportunities or the lack of them, the hazy picture of what you would like to do versus what you are being offered. This article reviews a few key locations where graduates can enter into the industry and the variety of options that the oil and gas industry offers them. Let’s see what the US, Canada, and the UK have to offer.

What’s Hot in the US?

The cap and gown have been doffed and the diploma ink is still drying. After 4 or more years of hard work, it’s time to put that degree to use. The US Bureau of Labor Statistics forecasts that demand for petroleum engineers will grow by 26% in the decade between 2012 and 2022. Several US cities have an established industry presence and have experienced recent growth and may appeal to new graduates. Prominent among them are Houston, Bakersfield, Williston, New Orleans, Midland, Dallas, and Denver. Two locations of particular focus for this article are Midland, Texas, and Williston, North Dakota.

Fueled by new innovations in an historic oil and gas basin, Midland’s SPE Permian Basin Section has experienced  a nearly 30% growth in its young professional (YP) membership in the past year. Girded by historic underpinnings, Midland continues to stand tall, both physically and metaphorically, across the flat Texan landscape. Known for its prolific oil fields, this town of more than 110,000 (at the time of the 2010 census) harkens back to its wildcatter days of 1923, when oil was first produced from the Santa Rita No. 1 well. This is a town well acquainted with oil booms, having experienced rapid growth after the end of World War II and another boom during the 1970s. The advent of horizontal drilling combined with large, multistage hydraulic fracturing has ushered in yet another boom for this town. In 2014, Forbes magazine ranked Midland as the second fastest-growing small city in the US.

The SPE section that showed the largest year-over-year growth (83.5%) in YP membership is the Williston Basin Section. Driving this growth in Williston is the exploitation of the prolific Bakken formation. The Bakken formation, which extends into south Saskatchewan, Canada, is an emerging tight oil play that has been a product of continued technology advancement in horizontal drilling and hydraulic fracturing.

What’s Up in Canada?

Canada is an extremely lucrative but equally competitive area for new graduates in the oil and gas sector. A plethora of companies from entrepreneurial startups to integrated majors are investing billions in Canada in order to take advantage of its vast reserves, which includes over 174 billion bbl of oil sands reserves according to the 2014 BP Annual Statistical Review.

As a new graduate, Canada will provide you with the opportunity to be at the forefront of new technologies while establishing you as a valuable resource to companies later in your career. Canada’s diverse seasonal climate and intricate geology require special consideration and extensive knowledge in order to tap into its reserves. Whether you are working in the oil sands developing the commercial steam-assisted gravity drainage technology, developing surface mining operations, working at developing tight oil plays, or tapping into the vast Horn River shale basin, you will be joining a well-connected club of practitioners with the know-how to produce from Canada’s complex reservoirs.

There is no shortage of companies looking for personnel in Canada. Companies come from all over the world to compete for a share of Canada’s reserves. All of the majors are represented, and countless independents have substantial holdings in Canada. In addition, there is continuous investment from overseas national oil companies. For example, UAE-based TAQA acquired PrimeWest in 2007 and China-based CNOOC purchased Nexen in 2013.

In addition to summer internships, prospective graduates in Canada have the opportunity to work for companies in 12– to16–month internships prior to their graduation. On receiving a job offer, one must prepare to move to Calgary, Alberta, better known as the energy capital of Canada. In Calgary, there is no shortage of activities to participate in, including a very active SPE section. If you have a desire to work in challenging reservoirs with novel technologies, consider launching your career in Canada.

A leading global city and financial center, London stands out as a prominent oil capital. Having advanced in the time of maritime discoveries and located in the prime meridian zone, London has become the hub of commercial and trade activity in the energy sector.

There is an abundance of the world’s top universities and MBA programs that provide a flow of top-standard graduates into the UK job market. Some of the top institutions within UK include Imperial College, Leeds University, Oxford University, London School of Economics, and London School of Business and Finance. Some of the world’s oldest and largest organizations for geophysicists, geologists, engineers, analysts, financial experts, and petroleum publishing houses are based in this city. It is not surprising that London has evolved not only as the center for upstream and downstream but also for commercial careers, law firms, policy makers, global energy studies, and environmental organizations.

Leveraging London’s location as a global financial hub, the city hosts numerous meetings that bring together experts from the oil and gas industry, government officials, investors, and the financial community to discuss and learn about opportunities and investment. The industry remains extremely attractive to investors and is a business that continues to give outstanding returns. London is an excellent place to bring industries together and attract international businesses looking to raise capital.

In addition to science and engineering roles, London offers graduate careers in accounting, finance, commerce, information technology, supply-chain management, and marketing, to name a few. City institutions provide advice and professional services in raising capital, mitigating risks, and securing insurance; it is indeed the center for project finance excellence. Project developers, sponsors, advisers, bankers, credit agencies, and investors must be properly equipped to analyze and explain the risks and prospects, understand the sources of finance, impact of the global credit crisis on debt, equity funding, structuring  of the loan facilities, production sharing agreements, and insurance requirements. City financiers provide expertise and finance for studies of upstream, midstream, and downstream projects from around the world and especially for growing petroleum regions.

London remains one of the most competitive markets for new graduates in the oil and gas sector. It is believed there are still up to 24 billion bbl of oil and gas to be extracted from the seabed around the UK. To produce this, the industry needs to overcome technological challenges, increase operational and capital efficiency, and attract billions of pounds worth of new investment. Oil and gas industry in London offers an exciting variety of career opportunities in technical and commercial disciplines.

The Lure of Graduate Studies

As the oil and gas industry continues to evolve and the reservoirs get more complex, the need for experts of different science backgrounds is becoming more prevalent. Excellent examples of emerging sciences relevant to the industry are geochemistry and geomechanics. According to a 2011 study by the American Society for Engineering Education, conferral of master’s and doctoral degrees in petroleum sciences grew by more than 30% from 2009 to 2010 and the expectation is that this trend will continue to grow.

The thought of exorbitant education fees and going back to school can sometimes be a deterrent to many aspiring candidates. While most universities in the US offer funding for graduate programs, many research groups and laboratories also fund their students for master’s programs in the form of assistantships and fellowships. Other institutions such as Stavanger University in Norway and King Fahd University of Petroleum and Mines in Saudi Arabia are “tuition-free” for full-time students.

SPE, too, provides competitive scholarships to students wishing to pursue higher studies in petroleum-related majors, in various regions of the world. Details of these can be found at spe.org. Additionally, there are numerous corporations which offer worldwide scholarships to new graduates. Italian company Eni’s Master’s Program Project is one such example among many.

In the US and Canada, many petroleum programs offer two master’s degree options: master of science (thesis based), which often comes funded, and master of engineering (course based). Some universities in the UK offer one-year master’s programs compared to two years in most other countries and might suit many candidates looking for an accelerated degree. Some highly regarded programs have opened foreign campus branches, such as Heriot-Watt’s Dubai and Malaysian campuses and Texas A&M University’s campus in Qatar, which offers master’s in petroleum. This helps in cutting down the cost of living associated with acquiring a foreign degree.