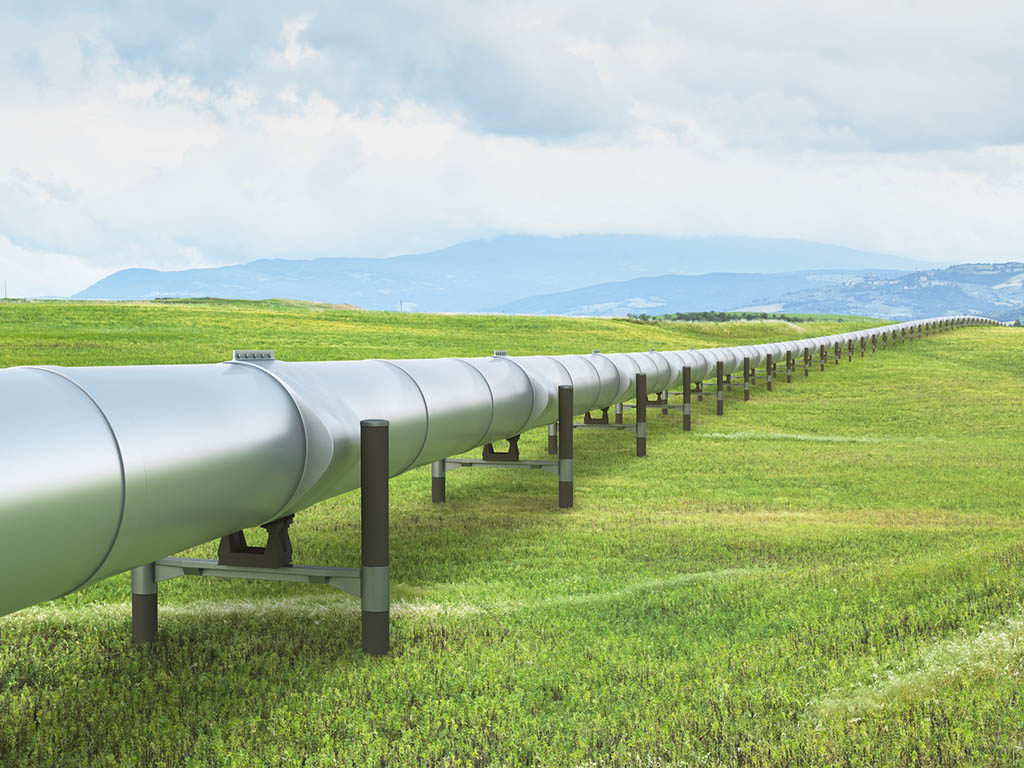 There are about 180,000 miles of oil pipeline in the United States, but all of this mileage put together has not generated 1% of the controversy as a pipeline that would add a mere 1% to the total—the Keystone XL Pipeline connecting Alberta’s oil sands to refineries in Texas and Louisiana. Since it crosses an international boundary, Keystone requires US State Department approval, which has not been forthcoming under the Obama administration.

Keystone has become a cause célèbre on both sides of the political aisle. President Obama has made numerous statements criticizing the pipeline and has vetoed the legislation mandating its approval. Conversely, Republican Senate Majority Leader Mitch McConnell had promised to make Keystone the first legislative priority in Congress when he took office.

Many arguments have been advanced against Keystone. First and foremost, opposition to the pipeline rests on environmental objections. Environmentalists deem crude oil produced from Canadian oil sands to be uniquely damaging due to its carbon intensity when compared with other types of crude. When the environmental arguments failed to gain considerable traction, opponents shifted to economic arguments. These include assertions that Keystone will not reduce at-the-pump gas prices in the US, and that most Keystone oil will be exported.

Unfortunately, these political and environmental arguments have created more heat than light. A straightforward economic analysis of Keystone demonstrates that its benefits will not be as great as its advocates say, but they will be material. The environmental effects are likely modest and outweighed by the economic benefits.

The Economics of Keystone

The direct economic effect of Keystone is quite straightforward. It would reduce the cost of transporting crude oil from Canada to the US Gulf Coast. Without Keystone, rail is the most economical way to transport the oil to the Gulf refineries. US government reports estimate that rail shipment costs about USD 10/bbl more than transportation via Keystone. This means that the benefits in terms of reduced transportation costs are on the order of USD 8 million/day, which is USD 10/bbl multiplied by the 830,000 BOPD Keystone can transport in lieu of more expensive trains.

Textbook economics also makes it possible to trace the effects of Keystone’s introduction on petroleum prices and carbon dioxide (CO2) emissions. There are two possibilities to consider. The first is that even after the pipeline is built, the demand for Canadian heavy crude in the Gulf is large enough that some oil will continue to be shipped to US refineries by rail. In this case, the construction of Keystone will not affect the quantity of Canadian crude produced or consumed because the cost of transporting the marginal barrel will not change. Here, Keystone’s only effect will be to reduce overall transportation costs, an unambiguous benefit. There will be no incremental environmental impact, or any effect on refined product prices in the US, because these effects depend on the amount of oil sands crude that is produced.

In the second case, Keystone will displace rail shipment altogether. Here the analysis is somewhat more complex because in this case, the cost of shipping the marginal barrel will fall.

It is this effect of Keystone’s reduction in transportation costs that is crucial to any evaluation of the pipeline’s environmental and economic effects. The magnitude of the effect depends on how sensitive the supply and demand for Canadian oil are to prices. Economists refer to these sensitivities as “elasticity.” In terms of the graph, increasing elasticity makes the lines flatter. The less elastic the supply and/or demand are, the smaller the effect of lower transportation costs on quantities, and the bigger the effect on prices.

In the short run, the supply of Canadian crude is quite inelastic because the investments in capacity to produce it are sunk, making it desirable to produce up to capacity as long as price exceeds extraction cost, and making it impossible to expand production beyond capacity. Over the longer run, higher prices will encourage additional production capacity, with more capacity being added with the increasing price.

The elasticity of demand for Canadian crude at the Gulf is determined by several factors:

1. Demand for heavy crudes and the net of supplies from other sources such as Venezuela and Mexico are likely highly inelastic, especially in the near term, which tends to make US refiners’ demand for Canadian crude inelastic as well.

2. The demand for petroleum products tends to be relatively inelastic.

3. When refineries operate close to capacity (as is currently the case), they cannot increase their use of crude substantially even if price falls significantly, making the demand for crude inelastic.

Since the demand and supply for oil sands-produced crude are likely to be very inelastic in the short run, the immediate consequence of building Keystone will be an increase in output of Canadian crude slightly, but an increase in the profitability of both producing and refining it, with refiners and producers splitting the transportation cost savings.

In the longer term, the impact on output will be somewhat higher, but the main effect is likely to be on profit margins for producers and refiners, and on transportation costs. Another effect of Keystone will be the displacement of other imported heavy crudes (from Venezuela and Mexico), and lower prices for these sellers.

Environmental arguments against Keystone focus on the greater carbon intensity of oil sands. According to the US State Department’s Environmental Impact Statement, the 830,000 BOPD that Keystone would transport would produce between 1 million and 27 million more tons of CO2 per year than the same quantity of other types of crude. To put this in perspective, this represents about 0.08% of world greenhouse gas emissions. But as noted earlier, much and arguably most of the oil that would flow on Keystone would be produced anyway, so the incremental effect of Keystone on greenhouse gas output would be even smaller. In terms of the supply/demand graph, the incremental effect of Keystone would be to increase output from the oil sands from 700,000 BOPD to 750,000 BOPD, and the CO2 emissions would increase proportionally. This  effect would be smaller for the less-elastic demand and supply for Canadian heavycrude.

What is more, based on high-end estimates of the social cost of CO2 emissions (less than USD 100/ton) and the additional amount of CO2 attributable to oil sands production, the social cost of all 830,000 BOPD shipped on Keystone would total at most USD 2.7 billion/year. This number would be smaller than the transportation cost savings alone—the incremental social cost associated with the additional production resulting from lower transport costs is smaller yet. Thus, a very high-end estimate of the environmental cost of Keystone is less than its low-end economic benefit, which takes into account only the transportation cost savings, and ignores the benefits of the greater output that results from these lower costs. More reasonable estimates of incremental CO2 (around 7 million tons/year) and the social cost (USD 20/ton) imply that environmental costs are less than 20% of the transportation cost savings that Keystone will produce.

The effect of lower transportation costs on output also determines the effects of Keystone on the prices of gasoline and other refined products in the United States. If by reducing the marginal transportation costs, Keystone results in higher oil output, the additional output will reduce prices. A back-of-the-envelope calculation based on an oil demand elasticity of 10 shows that if Keystone causes Canadian oil sands output to be higher by 100,000 BOPD, or about 0.1% of world consumption, oil prices will be about 1%  lower.

There is a tension between the economic and environmental arguments against Keystone. Obama said, “It doesn’t have an impact on US gas prices.” This would be the case with very inelastic supply and demand. But if the effect on production and consumption is small, the environmental impacts are commensurately small. Conversely, if the effect on output and consumption is large, the pipeline will have a nontrivial impact on prices and the environmental impacts will be larger as well. Thus, you can either argue that Keystone will not reduce the prices consumers pay or that Keystone will result in material environmental harm—you cannot argue it will have both effects. You have to choose between arguments based on prices or arguments based on the environment.

Keystone Oil Will Not Be Exported

One economic argument that has been raised against Keystone is clearly wrong. Specifically, opponents of the pipeline claim that foreigners, not Americans, will reap all of the benefits of Keystone, because Canadian oil will be exported, mainly to China, with the US only providing the land link in the trip from Alberta to Asian refiners. The bumper sticker version of the argument is “The Chinese get the oil, the Canadians get the money, and the Americans get the pollution.”

In fact, the Canadian heavy crude oil transported on Keystone will not be exported in any quantity. The very reason to build the pipeline is that the largest collection of complex refineries optimized to refine heavy crude oil is located in Texas and Louisiana. These refineries can process oil sands crude more efficiently than any other refineries in the world, especially when compared with the ones in China. Moreover, even after the widening of the Panama Canal, economical shipping of Canadian crude to Asia on very large crude carriers would require a long voyage to the east; it is much more economical to export Canadian crude by pipelines between Alberta and the Canadian Pacific Coast.  Thus, due to the efficiency of the US refineries and their transportation cost advantage compared with any other possible destination, US refineries will be able to outbid other refiners around the world in acquiring Canadian crude. Keystone crude will not hit salt water.

Since the US has become a large exporter of refined products, some of the oil shipped on Keystone will be exported in the form of gasoline, diesel, and other refined products. But the increased value-added exports will benefit the US trade balance and the refineries’ owners. In fact, access to lower-cost crude will encourage investment in additional refining capacity.  Reducing the cost of imported Canadian crude oil, therefore, definitely creates economic benefits for the US.

Craig Pirrong is a professor of finance and the energy markets director for the Global Energy Management Institute at the Bauer College of Business at the University of Houston.  Pirrong’s research focuses on the economics of commodity markets, the relation between market fundamentals and commodity price dynamics, and the implications of this relation for the pricing of commodity derivatives. He has published more than 30 articles and is the author of four books.  He has also consulted for clients that included electric utilities, major commodity traders, processors, consumers, and commodity exchanges around the world.