Getting Your Foot in the Door: How Artificial Intelligence Might Stand Between You and Your Next Job 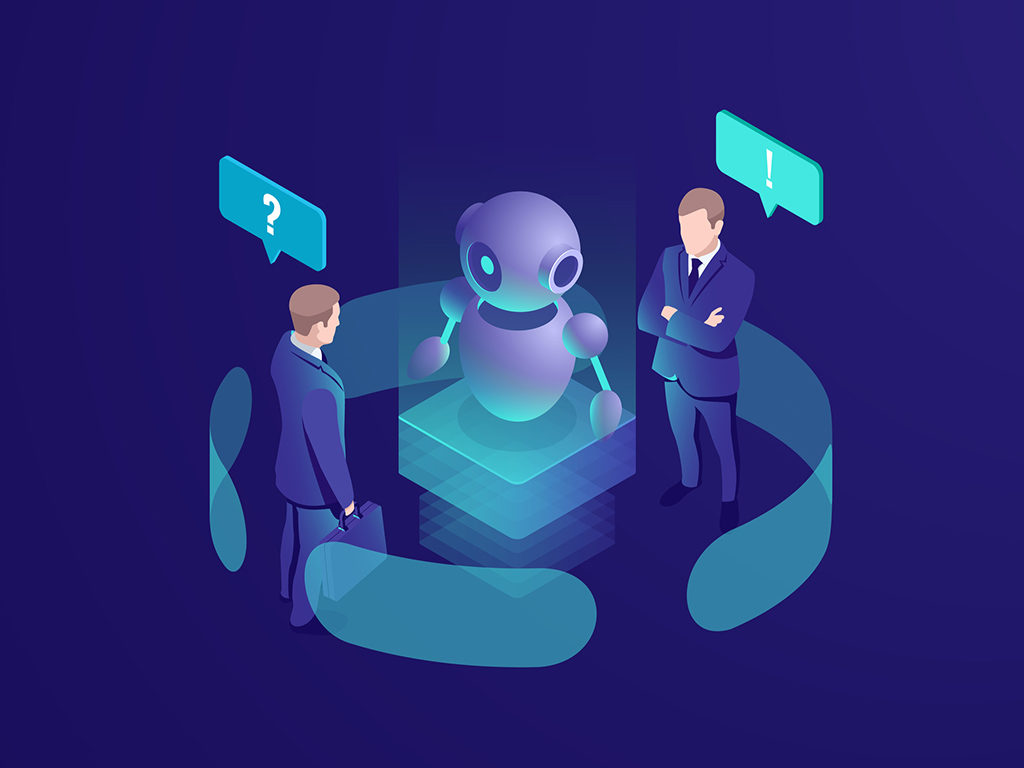 Much ink and column space, including a recent article from the TWA HR Discussion department (Ighalo et al, 2018), has been dedicated to describing how recent improvements in Artificial Intelligence (AI) and the algorithms that power AI will have a significant impact on a wide range of professions. HR and recruitment are not excluded from this creative destruction. This means that, in addition to affecting how young professionals (YPs) will do their jobs in the future, it is having an immediate effect on how they find jobs in the present.

Given the sheer volume of job applicants for a single position and the effectiveness with which AI can handle substantial amounts of information, this should not come as a surprise. An article in The Economist (2018) breaks down the math: With “a quarter of a million applications from students and graduates…If a team of five…human-resources staff, working 12 hours every day, including weekends, spent five minutes on each application, they would take nearly a year to complete the task of sifting through the pile.” A Deloitte study (Bersin et al, 2017) found 33% of HR teams used some form of AI and 56% of companies were updating their HR programs to take advantage of these recent advances in AI technology. Even if the study results are not representative of companies in the oil and gas industry, it is not unreasonable to expect the industry to see a similar shift. But what does this mean for YPs looking for their first job or planning their first career move?

First—and this is unlikely to come as a surprise to anyone who has applied for a job recently— the initial cull of candidates will increasingly be done by an automated system, before a human ever sets eyes on any of the applications. Encounters with an application black box that take a job seeker’s input and return an automated rejection letter 6–12 months later (if ever) are likely to increase. While this may reduce the absolute workload for the HR department, it risks overlooking strong candidates if their résumé does not meet poorly designed cutoffs or match a strict set of keywords. Should a recent graduate with a GPA below an employer’s requirement be eliminated because they worked full time in addition to their studies? Or a candidate that is involved in their local community be cut because they included their activity under a header for “Hobbies” or “Extracurricular” instead of “Volunteer”?

Second, as firms attempt to improve and tailor their hiring algorithms to reflect their ideal candidate, they risk including unintentional biases. Photo and facial recognition systems make the news not only for their successes, but also for their failures. For example, there were instances where they were found to be bad at recognizing and differentiating faces of non-White individuals. This is not because engineers at Apple, Facebook, and Google have racial biases, but because their algorithms were initially trained on photos of predominately White faces. AI systems are products of the data sets used to build them, and bad or nonrepresentative data sets will create biased algorithms. A small company that tries to “reverse engineer” their ideal candidate from résumés of current employees may find that they unintentionally exclude applicants without petroleum engineering degrees from a select set of universities.

How Can YPs Prepare for the Increasingly Automated Hiring Processes?

Increasingly tailoring résumés to companies will help. While it is difficult, if not impossible, for a candidate to identify all the criteria used by an automated system, including terminology and phrases from the job listing in the résumé or cover letter can improve the chance that an application is seen by human eyes. The “shotgun” approach of submitting the same résumé to as many openings as possible is growing ever more obsolete.

Even better than increasing the chance of making the first cut is skipping it altogether. An application delivered directly to the hands of the recruiter, or someone at the company who can pass it on to a recruiter, guarantees it is seen. Attending job fairs is one way to accomplish this. A more effective way is to develop a strong professional network, and not just on LinkedIn. Professional organizations and the networking and volunteer experiences they present provide an opportunity for YPs to meet and work with others outside the immediate circle of their university or current employer. Using these opportunities to not just meet and greet but also demonstrate their skillset can help YPs submit themselves for considerations for positions that have not yet been publicly posted.

These lessons may not be revolutionary, or even new, but as recruiting also enters the digital age, putting a personal touch on job applications becomes important to success.

Samuel Ighalo is a senior drilling consultant at Halliburton, with more than 10 years of industry experience. In his current role, Ighalo specializes in advanced tubular design of deepwater wells. Before joining Halliburton in 2007, he worked as a deepwater drilling engineer for Korea National Oil Corporation in Lagos, Nigeria. Ighalo holds a BS in mechanical engineering from Obafemi Awolowo University, Nigeria, an MS in petroleum engineering and project development from the Institute of Petroleum Studies (IFP School France and University of Port Harcourt Nigeria), and an MS in petroleum engineering from the University of Southern California.

James Blaney is an engineer on a hydraulic fracturing fleet for Liberty Oilfield Services, and is based in the Permian Basin. He holds a bachelor’s degree in petroleum engineering from the Colorado School of Mines (CSM). While at CSM, he was an active member of the CSM SPE Student Chapter. He volunteered regularly at fundraising events and was a member and captain of the CSM PetroBowl team.