Reflections: The Last Decade and the Next Decade 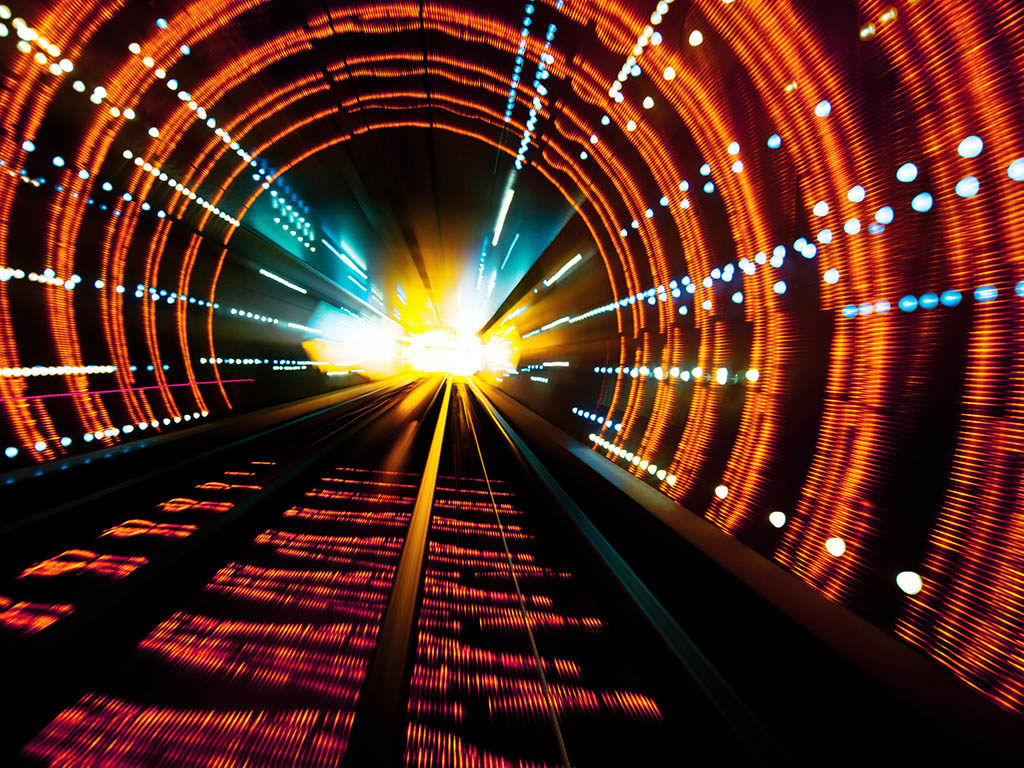 For the oil and gas industry, the last decade (2003 to 2013) has been one of “resilience, extraordinary innovation, and, despite setbacks, significant gains in safety and environmental conformance,” according to Paal Kibsbaard, chief executive officer of Schlumberger, in his report “A Decade of Upstream Technology Innovation” included in the World Petroleum Council’s 80th Anniversary Edition report (2013). The industry remains strong, after sustaining humanity’s supply of oil and gas and thereby meeting more than half the global energy needs throughout the decade.

In the June 2010 issue of the Journal of Petroleum Technology, Behrooz Fattahi, 2010 SPE president, said the industry has been focusing on the concept of sustainability or its components “for a long time, but under different descriptive terms—optimizing production, maximizing reserves, reducing cost, cutting waste, increasing efficiency, optimizing processes, minimizing footprint, maximizing safety, reducing environmental impact, and increasing corporate social responsibility.”

Sensitivity to all these factors is required when looking back on the industry’s last 10 years and looking ahead to the next 10 years. The oil and gas industry has always been a risky business for many reasons—from geophysics to geopolitics.

The oil and gas industry has been technology-driven since “Colonel” Edwin Drake developed a method for producing large quantities of oil in 1859. And while the last decade has shown no giant discoveries like those made in the 1950s, technology developed during this time has helped the industry in many ways.

Engineers now understand complicated reservoirs much better through ever-more-sophisticated 3D modeling. The industry can drill in increasingly hostile environments including ultradeep water. Natural gas, including unconventional gas, has emerged as a strong player in the international market. Horizontal wells with several kilometers of reservoir contact have become a reality. Real-time drilling data is ever more precise and abundant. Rock physics and reservoir simulation have evolved significantly. Many enhancements in production technology have been developed. Subsea engineering has advanced at a rapid pace.

Until the latter part of the decade, much of the industry thought the moment of “peak oil” was just about to arrive. But with the emergence of nonconventional thinking, particularly related to technology, further oil and gas development has not only delayed peak oil but has provided extremely good challenges for the industry in tackling how to convert unconventional resources into reserves. This has become possible due to a sustained high‑price environment.

A higher crude oil price allows companies to drive higher investment in extraction techniques, and market forces drive green innovation at every level. However, just to keep production at today’s levels, more than half of the energy-supply investment is needed.

The presence of a high-oil-price environment in the international market shows a corresponding impact on the economies of oil-importing countries, enrolment of petroleum engineering students, market opportunities for new entrants to the industry, mobility of young professionals, research funding, and also on projects related to emerging and peripheral technologies.

According to John Mitchell et al. in their 2012 Chatham House report, What Next for the Oil and Gas Industry?, “The top 50 companies controlled 94% of world oil reserves in 2010, up from 86% in 2000; of the world’s oil reserves 86% are state-owned, while the proportion under private ownership in the top 50 companies is roughly 8%: If all smaller companies are included, private-sector ownership would be about 14%.”

However, Mitchell et al. point out that national oil companies’ (NOCs’) share of oil production is only 55% “because of their more conservative depletion policies and lack of investment, as well as obstacles to private-sector investment by foreign companies.” A few NOCs have become more aggressive due to higher consumption and limited resources in their region and have formed consortiums with international oil companies (IOCs) in developing areas such as Angola and Nigeria. In addition, during the last decade  international service companies have merged with or acquired a significant number of independent companies with specialized technology, which has provided the large service companies with greater diversification.

When NOCs acquire frontier basins, they often lack the experience or technology to adequately tackle the challenge and manage the risk. Therefore, it is advantageous for NOCs to accept partnerships with IOCs and service companies that have the needed technology and experience.

Geopolitical factors can easily disrupt crude oil supply, which plays a major role in the economic growth of many countries. Disruptions during the last 15 years effectively reduced crude oil production in certain geographic regions, such as those illustrated in Fig. 3, resulting in significantly lower production than capacity, which affects project profitability.

When oil prices and gross domestic product (GDP) growth rates are tracked on a global scale, there is an interesting interplay between their trends. Between 2008 and 2009 oil prices sustained big impacts; large drops in GDP growth rate came significantly after the oil price shock. The GDP growth rate was very low in 1998 and very high in 2008. The volatile environments in Iraq, Egypt, and Iran continue to have a significant impact on the price of oil.

Technology Growth: Past and Future

The rise in challenging oil and gas resource targets, as illustrated in Fig. 4, clearly demands an accompanying growth in geophysical understanding and also increasing expenditure for equipment, vessels, techniques, and technology—and their development. Because drilling occurs in ever-more-challenging and hostile environments, global E&P spending is poised to reach a new record in 2014, estimated at USD 723 billion, up 6.1% from USD 682 billion in 2013.

According to Douglas-Westwood’s 2014–2018 market forecast, global subsea hardware capital expenditure could total USD 117 billion during the forecast period. The energy research group expects subsea hardware spend will be highest in Africa, Latin America, and North America, with these regions providing almost half the total expenditure. The rising expenditure will essentially be due to work in extreme environments; short supply of rigs, ships, and people; production in environmentally high-risk areas (climatic uncertainty); operation in politically high-risk areas; and giant declining mature fields. However, key technology challenges will be in reducing environmental footprint during drilling and completion and aiming for zero-emission well tests.

According to Bob Dudley, BP chief executive officer, in the 2013 Fuellers Annual Energy Lecture he gave, titled “Certainties and Surprises: The Unfolding 21st Century Energy Story,” “while smart technology matters, smart people matter more. One absolute certainty is that the baby-boomer generation is now retiring and the growing industry will face a shortage of highly skilled engineers, technologists, geologists, and other professionals. So we urgently need to show young people—around the world—that this is an industry with a great future as well as a great past.”

A clear relation between oil prices (Fig. 1), GDP growth, and placement in the petroleum industry (Fig. 5) can be seen.

According to the Schlumberger Business Consulting 2012 Oil and Gas HR Benchmark, by 2016 the shortage of experienced petrotechnical professionals (PTPs older than 35) is projected to reach 20% of the talent pool—equivalent to lacking 15,300 experienced PTPs who would be needed to shore up the projected existing total pool of experienced 74,300 PTPs. However, in most petroleum-related disciplines, the supply of new graduates is expected to be almost 40% more than demand 5 years from 2014.

The petroleum industry demands from our future leaders and managers a basic understanding of the oil business and the global market—trends, risks, and economic implications. Knowledge about major oil and service companies and their markets and geographic areas of operation is also necessary since professional development and promotions often come with reallocation to a different region or country.

Attitude towards work, general working skills like protocol following, thinking out of the box, adaptive nature, ability to think of alternative solutions and providing them quickly, and a basic knowledge of disciplines will be required because automation will take over routine work.

The petroleum industry has a reputation for offering global opportunities and high salaries to competent engineers. This has played a role in the significant rise in student enrolment in university petroleum engineering programs all over the globe.

Recognizing that high expectations might cloud students’ judgment about their petroleum industry career prospects, Texas A&M University recently sent a letter to their incoming students advising them to be realistic about future job growth.

Are we producing surplus engineers? If so, salaries and opportunities could fall as competition for positions rises. Future hiring may increasingly be based on significant differences in talent among large numbers of graduates rather than on companies vying among each other to entice a few among a small number of graduates.

In August 2013, SPE sponsored a week-long Forum, the results of which were published in a white paper titled 2020 Foresight: Ensuring Educational Excellence for Upstream Engineering Resources. The following are two key issues the 47 participants identified:

In their 2005 Oil and Gas Business online journal article, titled “Looking Ahead: Challenges for Petroleum Engineering Education,” University of Alberta authors J.C. and L.B. Cunha state, “The evolution of technology as well as the increasing presence of computerized tools in nearly all stages of the exploration-production process has generated new needs in the educational system. One frequent comment is that academia not always has evolved fast enough in order to meet those needs.”

As exploration and production shift to ever-more-difficult and challenging areas, petroleum engineering curricula need to add focuses on environmental and climatic issues, sustainability, and the changing energy mix. The SPE Forum emphasized the need within petroleum engineering programs for industry-driven, interdisciplinary project courses that are generally difficult to develop and conduct without the requisite work experience or understanding of the industry. Academia also needs to identify and/or develop competent teaching professors to avoid possible gaps in training and education that future engineers will increasingly require in dealing with the demands of a lifelong career in the energy industry.

Lalitkumar K. Kshirsagar is holder of the ONGC Chair and principal of the Maharashtra Institute of Technology, University of Pune, India. Objectives of the chair are to promote knowledge and excellence in the area of petroleum engineering through research, training, workshops, and work associations. He has more than 25 years’ experience in the oil and gas industry as a professor, leader, subject-matter expert, and industry advisor to both profit and nonprofit organizations. Kshirsagar received the SPE Regional Outstanding Service Award for Middle East, Africa, and India in 2006.

Pradeep B. Jadhav is a professor and subject-matter expert in petroleum engineering, as well as head of the Petroleum Engineering Department at Maharashtra Institute of Technology, University of Pune, India. He has more than 20 years’ industry experience. Jadhav works as an advisor, speaker, and member of oil and gas organizations, associations, and committees. His recognized professional expertise is in petroleum geology, integrated reservoir studies, petroleum economics, and international oil and gas business strategy.