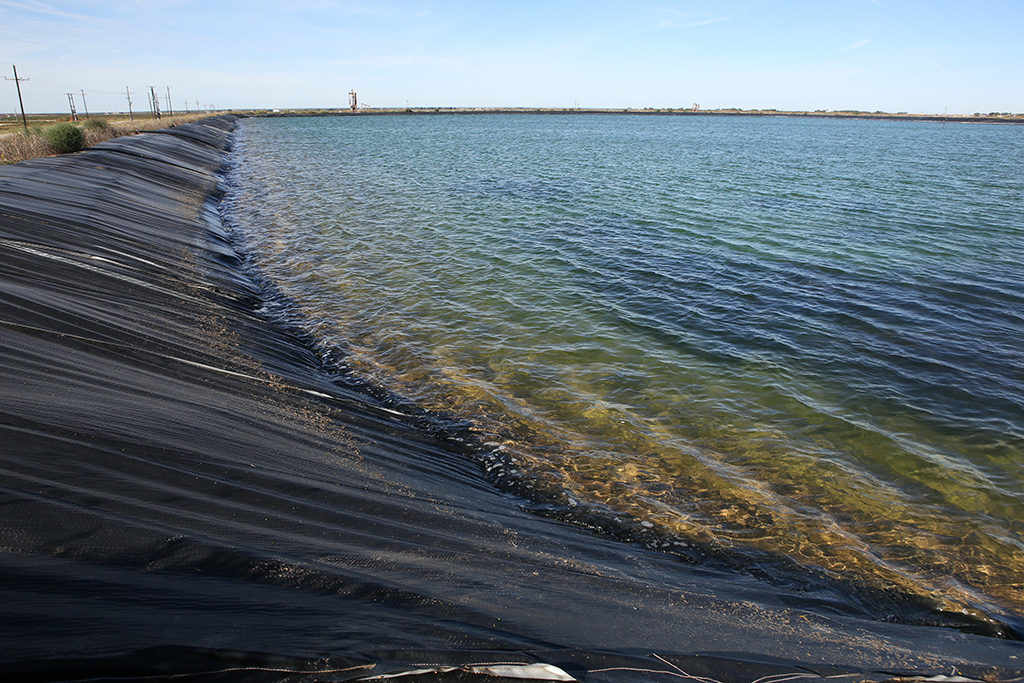 Prospectus: At a macro-level, midstream congestion due to insufficient pipeline takeaway is limiting production and development potential in the Permian Basin. However, maintaining profitability and a social license to operate requires sensible management of oil, gas, and water. It is easy to forget that our industry produces many times more water—that must be treated, recycled, and/or disposed of—than hydrocarbon. Water oil ratios (WOR) between 2:1 and 15:1 are not uncommon, which has increased competition for space in saltwater disposal (SWD) injection wells. Total SWD capacity is further constrained by operation guidelines aimed at reducing the risk of induced seismicity events. As such, operators must appreciate—and adapt to—future challenges for saltwater disposal and recycling strategies.

As the Permian Basin has boomed again, recent conversations focused on how pipeline takeaway capacity limits the ability of operators to develop the basin to its full potential. In addition to solving the takeaway problem, water management is another bugbear waiting to be addressed.

Though sourcing 0.3–1 million bbl of water ready for use in a fracture treatment may be a logistical nightmare, especially in districts with limited freshwater allowances, this is not the familiar refrain of “Where is all the water for the fracturing boom going to come from?”

The lurking challenge we explore in this article is the long-term disposal of water produced from hydraulically fractured shale/tight reservoirs during flowback and primary production.  Managing produced water is a challenge for two reasons.  Firstly, some Delaware Basin operators are reporting very high WOR ranging from 2:1 to 15:1 based on the age and local geology in the targeted horizon.  Secondly, water production exceeds the amount injected during hydraulic fracture stimulation. This produced water is expensive to treat/recycle due to high salinity, total dissolved solids, and harmful metals.

Traditionally, produced water was transported by a water hauler to a SWD well where it was treated with biocide prior to its injection into a disposal formation. Depleted conventional reservoirs and saline aquifers are typically used as SWD reservoirs because they have ample storage capacity and permeability.  The Texas Railroad Commission regulates waste water injection and disposal activities in Texas and enforces additional restrictions in areas with historical seismicity or proximity to known faults.

A recent study found injection rate to be the driving force for this induced earthquake activity in comparison to total injected volume, which was found to be relevant only for reservoirs which are bounded entirely by impermeable layers (Babazadeh and Olson 2018).

However, in order to relieve the strain on current disposal reservoirs, new ones must be identified. Reservoir-related parameters such as initial pressure and distance of faults from injectors, along with fault permeability, control the magnitude of the induced seismic activity, limiting the selection of candidate formations where wastewater may be safely disposed (Babazadeh and Olson 2018). Hence, limited location choices for injection, along with the costs of identifying new formations, drilling SWDs into those formations, and the costs associated with injecting into less friendly formations pushes up total costs.

The per-barrel water disposal spot market cost increased to $2.00+/bbl in response to the growing demand that has accompanied the growth in oil production (Matthews 2018).  A recent Wood Mackenzie study estimated that water disposal costs, which may already make up as much as 25% of lease operating expenses, may add $6/bbl to operators’ breakeven costs by 2025, doubling current expenditures to $22 billion in the same timeframe (Wether, Crowley, and Nussbaum 2018).

One way operators  are able to reduce water disposal costs is by handing the responsibility off to a third party that specializes in water disposal. Operators are increasingly outsourcing the transport and disposal, whereas in the past they used to handle the job themselves. In 2017, Encana Oil and Gas sold its produced water infrastructure to H­2O Midstream (Parshall 2017). Other private companies such as RRIG Water Solutions and Solaris Midstream have been laying and acquiring hundreds to thousands of miles of pipeline (Boschee 2017). Reducing the use of water haulers and centralizing the disposal process, in combination with long-term contracts with operators, has reduced the cost of water disposal to $0.60–$1.50/bbl (Matthews 2018).

At minimum, it needs to be treated for bacteria which could negatively impact any linear or crosslink systems used via guar degradation.  Further, if sulfate-reducing bacteria are present and not treated, they could turn the formation into an early H2S producer, creating a safety hazard as well as increasing the refining costs for the extracted hydrocarbons. Depending on the chemical system used, the water may need to be treated for high salt content, which may negatively impact friction reducer performance, gel hydration time, or crosslink stability. High iron concentration can increase the risk of downhole scaling.

Maintaining a cost-effective treatment regime for produced water is made more difficult because the produced water quality varies over the lifetime of a well. Some operators manage this problem by using a blend of produced and fresh waters. Others, such as Apache, have been able to fracture entire wells using only produced water (Driver, Wade 2013). Recycling produced water can save between $1.00-2.50/bbl in LOE and $250 million in fracture treatment costs by reducing water costs (McCewan 2018).

A. Driver and T. Wade. 2013. Fracking without Freshwater at a West Texas Oilfield. Reuters.

Matthews, C.M. 2018. The Next Big Bet in Fracking: Water, The Wall Street Journal.