Gender Balance in Male-Dominated Professions: Messages From Women in STEM

We asked women professionals employed in STEM (Science, Technology, Engineering & Math) fields to provide insight into gender diversity based on their experience working in a male-dominated field. We hope the collection of these messages will serve to illustrate the state of gender diversity from a cross section of professionals that are exposed to it. -TWA Soft Skills Department Editors Matthew French, Radmila Mandzhieva

Dear girls, there should be no closed doors for those of you who aspire for a career in science and/or technology. It is not only other women who encourage you, but believe me, men also can’t wait to have you there as strong and motivated professionals! 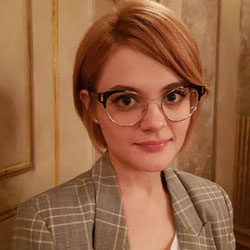 I am happy to live in an era where women’s emancipation has become something normal and the increasing number of female professionals in technical fields is giving hope for a better future. It is well known that the tech industry is lacking diversity. So, now is the time for women to join in order to make a lasting impact on the future of technology and the whole industry. It will not only add diversity and technology created with women in mind, but it is also empowering.

I can tell from my experience as a woman working in a male-dominated industry that besides all the stereotypes, women not only can do the same job as men but they also bring a broader diversity of perspectives and opinions, creative problem-solving, and innovation, and as a result diverse teams perform better than more homogeneous ones.

Viorica Sîrghii is a graduate in petroleum engineering from Montanuniversitaet Leoben (Mining University of Leoben), Austria. Currently, she is pursuing a PhD in artificial intelligence and is employed as a research associate at the Chair of Petroleum and Geothermal Energy Recovery at the same university. Sîrghii is a young professional and a supporter for closing the gender gap in technology. 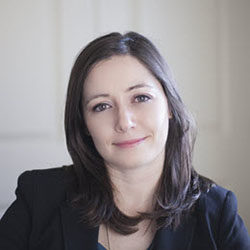 I would love to see more of my colleagues, both female and male, set the expectation of being equal in roles and remove gender stereotypes in daily life. We need to move away from designating “pink” and “blue” jobs at home and in the office. At home, share equally in cooking, childcare, and household chores. Similarly, at work, respect the roles and responsibilities that people have, and don’t assume they’ll be good at a particular task because of their gender. Sounds like a simple ask, but I hear stories all the time about the female (and not the male) who was asked to sit in as a receptionist or take notes in a meeting.

Corina Irvine is a senior geophysicist working at ConocoPhillips Canada. She graduated from the University of Calgary with degrees in geophysics and biology. Irvine started her career in 2007 and has more than 11 years of interpretation experience in onshore exploration and development projects in Western Canada. In addition to being a geoscientist, she describes herself as creative, patient, and strong-willed. In her free time she enjoys travelling, sewing, and knitting.

"We need to move away from designating “pink” and “blue” jobs at home and in the office." 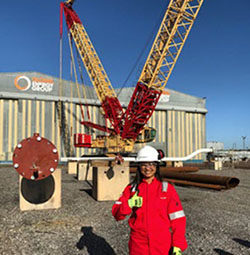 I started working in the oil and gas industry with Subsea 7 in 2017 as a part of the Graduate Engineer Development Scheme (GEDS). During my first year with GEDS training, I was assigned to work offshore in various campaigns and spent 60 days on different vessels within the North Sea region. Those 60 days in the North Sea are without any exaggeration the best days in my career so far. While on the vessels, I never felt treated as a woman but only as an engineer. It is a known fact that the offshore work environment is still highly male dominated. However, in my opinion, the perceived obstacle for women working offshore are probably due to male-dominant history similar to every other industry. I believe, the more women joining the force, the easier it will be to break the barriers.

Mohsin Ara Toma, 28 years old, is working as a geotechnical engineer in Subsea7 (North Sea Canada region). She was born and brought up in Dhaka, Bangladesh. Toma completed BSc in civil engineering from Bangladesh University of Engineering and Technology in 2014 and moved to Norway with Quota Scheme Scholarship in 2015, and completed MSc in geotechnics and geohazards from Norwegian University of Science and Technology in 2017.

"While on the vessels, I never felt treated as a woman but only as an engineer." 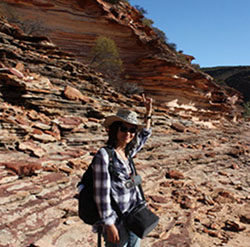 It is a continuous battle to have gender balance in various industries, more so in oil and gas. Based on the research conducted by BGC, oil and gas has one of the lowest share of women among major industries such as health and social work, education, finance, and so on. There is often a drop in the percentage of women working in the mid-career and senior leadership levels in many companies. Without developing a critical mass of women across all types of roles, the industry will not make a meaningful difference in its gender balance. This motivation should start as early as possible in universities, especially in encouraging more women to actively take on STEM subjects; and in companies, policies should be changed to create a more inclusive work environment that includes equal support and sponsorship for women who desire advancement in their career. Kudos to companies who are already attempting new policies that ensures a more balanced gender workforce.

Ming Yi Wong is a senior reservoir geophysicist at Equinor, based in Norway. Since September 2018, she serves as committee member of the European association of Geoscientists and Engineers Young Professionals special interest group and volunteers for both the SPE Women in Energy and the SEG Women’s Network. Apart from reservoir geophysics, her interests include midstream commercial activities and innovation within the industry.

"Kudos to companies who are already attempting new policies that ensures a more balanced gender workforce." 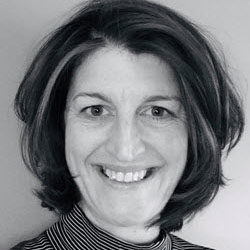 In my opinion, nothing separates us more distinctly with our male counterparts than a 12 month leave of absence.  On one hand you are so happy to be starting your family but on the other, you struggle with giving up the spot you worked so hard to earn. Of course, by law you will get your job back, but more often than not it’s not the same group or the same area or clients...etc.  Let’s be honest, there are both good spots and not so good spots in every company.  It may feel like you are playing Russian roulette with your career. Will I get a good spot when I come back? Will taking 12 months off hurt my career? Having two maternity leaves under my belt, I can understand how conflicting this can be. Hindsight however is 20/20, and if I could go back, my advice to my younger self would be this: Enjoy the newborn cuddles. Your career will always be there. There is opportunity to be had in every team, even the ones you think you don’t want. Stay flexible and open and you will catch up to your male collegeagues, if you so choose. Motherhood is full of unknowns, so take this one off your plate and trust you can get back to where you left off.

Kim Bergman has a political science degree from the University of Calgary as well as a petroleum technology diploma from the Southern Alberta Institute of Technology.  She has worked for several oil- and gas-related companies before joining Burlington Resources, which was acquired by ConocoPhillips. Bergman currently supports the Surmont SAGD asset based out of Calgary.

"Enjoy the newborn cuddles. Your career will always be there." 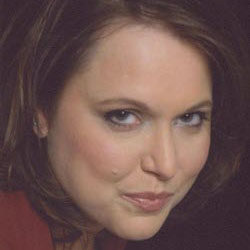 I started out in STEM right out of high school.  At the time it didn’t occur to me that I was in the minority pursuing a career in science. My affinity for the structure of the scientific method blinded me to the disparity of the field. Once I started working it became more obvious. Working in a male-dominated field, you have to prove yourself repeatedly. While the culture of equality is improving, you will routinely run into men who treat you as less intelligent, less able, and try to undermine you in front of others. Be prepared and stand up to these people to avoid being thrown under the proverbial bus. Stay above the drama by responding with integrity and poise. Don’t allow yourself to be belittled. Mentor others, regardless of gender to develop those leadership skills that will allow you to break through the glass ceiling.

Sarah Davies holds a bachelor of science degree in environmental biology from the University of Alberta. She spent 6 years working in the waste treatment laboratory before transitioning into a career in performance improvement, analytics, and performance management, including business strategy and budget. More recently, she has been working closely with fire rescue services, parks operations, road maintenance as well as upper management in municipal government.

"Stay above the drama by responding with integrity and poise. Don’t allow yourself to be belittled."