Discover a Career in Geomechanics 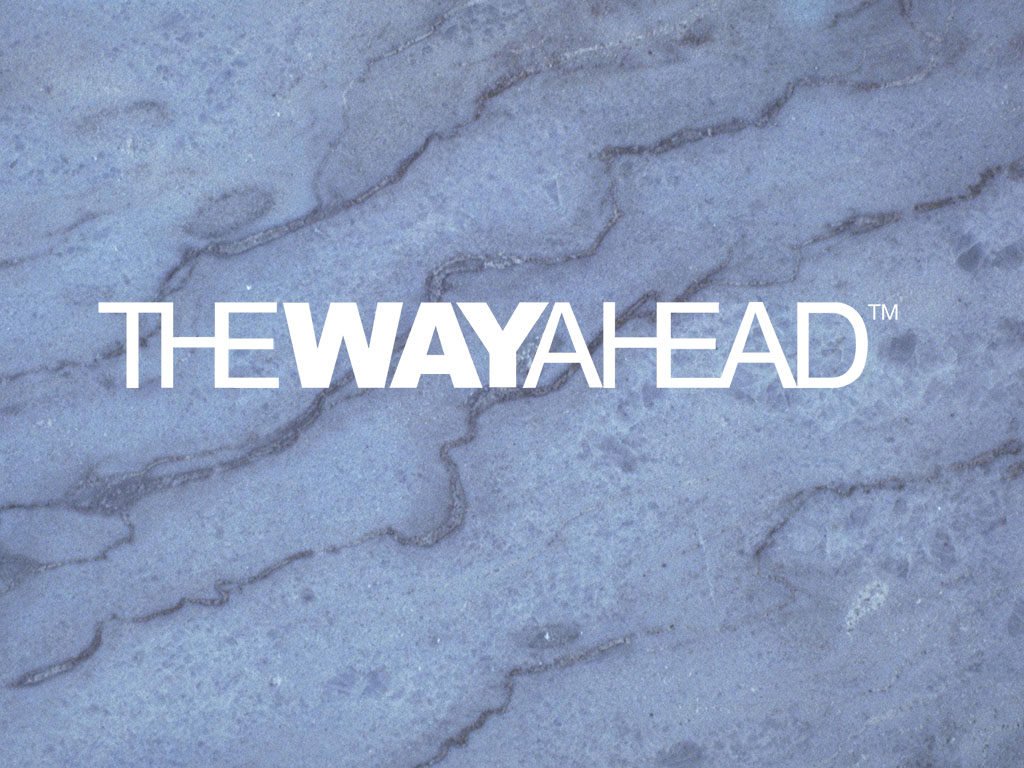 By definition, rock mechanics is the theoretical and applied science of the mechanical behavior of rocks in the force fields of their physical environment. In practice, so-called “rock engineering” is concerned with the application of principles of engineering mechanics to the design and construction of structures of any type either on or in the rock, such as tunnels, mine shafts, underground excavations, open pit mines, road cuts, dams, skyscrapers, waste repositories, and oil or gas wells.

Though initially developed for mining and civil engineering purposes, geomechanics found its way into the oil and gas industry in the ’80s in order to improve hydraulic fracturing and drilling operations. In the contemporary petroleum industry, geomechanics is defined as the discipline that integrates rock mechanics, geophysics, petrophysics, and geology to quantify the response of the Earth to any changes in state of stress, pore pressure, and formation temperature.

Although systematic application of rock mechanics in the oil and gas industry is relatively new, it was recognized and appreciated by many oil companies in a short period of time and has become a fast-growing field due to its applicability and effectiveness in reducing nonproductive time (NPT).

As the virgin state of stress is disturbed by different oil and gas activities, the rock’s mechanical state changes, too, and consequently influences drilling, completions, and production performance. These changes can result in serious and unexpected cost and time overruns if not properly predicted and managed. Dodson et al. (Offshore, Vol. 64, No. 1, 2004) conducted a survey of Gulf of Mexico wells and reported wellbore stability issues were the cause of almost 40% of drilling-related NPT, resulting in an annual cost of around USD 8 billion.

As a result of experiencing significant improvements in drilling and production operations by utilizing geomechanics, it has hence become an important and integral part of each and every field development plan, from the early stages of exploration to even after field abandonment. With the recent boom in the development of unconventional oil and gas resources, the use of geomechanics principles has become even more imperative due to the sensitivity and complexity of these reservoirs. Geomechanics is playing a critical role in successfully maximizing shale gas production by helping optimize the use of hydraulic fracturing technology.

Clear knowledge of how to apply geomechanics appropriately will increase exploration and development efficiency in both conventional and unconventional resources.

To conduct any of the aforementioned studies using rock mechanics, the first step is to construct a geomechanical Earth model (GEM). A GEM consists of six core components that need to be either calculated or estimated using field data:

Modeling techniques in geomechanics encompass analytical, experimental, and numerical methods, each having their pros and cons. Generally, numerical models have higher accuracy over analytical ones but require additional input data and more time. Analytical techniques are in return quicker with less complexity. Experimental models are based on physical and mechanical laboratory tests on rock core samples. It is usually costly and time consuming to perform such tests, though they do provide valuable information about rock properties.

As a generic workflow, constructing a 1D geomechanical model starts with rock mechanical property estimation using petrophysical logs in conjunction with core test results. There are different empirical models to make a strength profile; however, laboratory data are required to calibrate these models.

Pore-pressure prediction using logs and available well test data (or seismic data if available) is the next step. Minimum horizontal stress can be calculated using either empirical equations or fracturing data (LOT [leak-off tests]/X [extended] LOT or minifracturing tests) or ideally, a combination of both. Drilling incidents such as ballooning and mud losses can help to constrain the minimum horizontal stress and fracture gradient.

The last steps are determining azimuth and magnitude of the maximum horizontal stress. This is the most complicated part of geomechanical modeling, as no direct way of measuring δHmax is available. Analyzing wellbore failures such as breakouts and drilling-induced tensile fractures from image logs is one of the existing techniques to determine a reasonable range for δHmax and find its orientation. Using caliper logs, sonic logs, and laboratory measurement of elastic strain recovery are alternative techniques.

Many field examples have proved that geomechanical analyses can open opportunities for drilling into harsh and challenging environments which previously looked impossible. In an example in southeast Asia, where drilling a vertical well was identified as impossible due to lack of a safe operating mud weight window, the well was made possible by geomechanical analysis that led to changing the well trajectory to the safest orientation in a specific formation and thereby widening the window.

Geomechanics can also improve casing design and provide a wider mud weight window for drillers. There are examples in Northwest Shelf Australia where geomechanical modeling reduced the number of casings, resulting in significant cost savings for the operators.

In the context of production from naturally fractured reservoirs, a GEM can make a real difference in maximizing production by identifying critically stressed fractures which are, in fact, the productive fractures. Identifying the orientation of these fractures enables optimization of drilling orientation to intersect the maximum number of them. Field examples in the Middle East and southeast Asia have shown notable increases in production using these types of studies.

Distinguish Your Career With Geomechanics

Due to the remarkable contribution geomechanics has made to the oil and gas industry in solving a plethora of problems related to exploration, drilling, completion, intervention, production, and injection operations, geomechanics specialists can be called petroleum engineering troubleshooters. Considering all the benefits geomechanics has brought to the industry, there has been escalating appreciation during the last decade from operating companies toward using it in their operations. Time and money savings by big operators through using geomechanics have convinced them to either establish a geomechanics capability in house or ask for support from external experts. This increasing demand has created a huge potential job market for young professionals interested in building a career in geomechanics.

Currently, however, the oil and gas industry suffers from a lack of enough competent resources in this field; this is because universities offer only a limited number of specialized programs in petroleum geomechanics. Although few universities offer rock mechanics courses at the postgraduate level, they are usually in mining or civil engineering departments. As a result, there is a lack of professionals with academic backgrounds in rock mechanics specifically related to the oil and gas industry. It should be noted that rock mechanics requires a comprehensive understanding of mathematics, physics, and mechanics, and, therefore, having the appropriate academic background is a critical factor in pursuing a successful career in geomechanics.

Generally speaking, people with engineering backgrounds are better candidates for becoming geomechanics specialists. Indeed, geomechanics can be as lethal as it is useful if it is used by a person who does not understand the mechanical behavior and strength of materials. Being a software user without understanding the theories and concepts hidden behind the screen is extremely dangerous and can result in misleading outputs which may put a project in jeopardy. There are many cases where companies have lost faith in geomechanics due to bogus results generated by so-called “geomechanics specialists” who lacked the appropriate background, credentials, and experience.

Thus, it is strongly recommended for students with an interest in geomechanics to take any and all rock mechanics-related courses during their engineering degree, or, if completing a nonengineering degree, learn the necessary mathematics and mechanics. Combining a relevant academic background with some industry experience can lead to an exceptional career which can give you the opportunity to choose whether you want to work in the operating or consulting sectors.

A geomechanics career is usually associated with a lot of traveling all over the world, which makes it very attractive and exciting. Dealing with a host of different geomechnics applications in petroleum engineering can prevent you from getting stuck in a rut and keep you busy by providing opportunities to learn new things and face new challenges.

The nature of geomechanical studies requires a highly focused multidisciplinary team approach and close interaction with other experts. This provides opportunities to learn about other interesting disciplines, which is another attraction of this field. For instance, when a geomechanics specialist performs an analysis for sand production prediction and management, he or she must work closely with completion engineers and production technologists. This provides the opportunity for improving one’s knowledge about completion technologies, production techniques, and different sand control tools.

Although the job market in geomechanics is not very competitive at the moment due to the scarcity of high-quality experts, it is still essential for people in this field to improve their knowledge and capabilities and update themselves on state-of-the-art advances and technologies in order to distinguish themselves and to stay on top of their career. Geomechanics specialists are expected to fully understand related industry problems and be able to provide innovative solutions using their rock mechanics knowledge. Good knowledge of mathematics and physics helps you to develop your own analytical and numerical models and have full command of what you are expected to do.

Because geomechanics is a new science, there are many avenues open for research and development. Therefore, creativity and having new ideas are key to a successful and evolving career. In addition to all the attractions and challenges of a geomechanics career, it remains one of the exceptional multidisciplinary fields that give you the facility to move to other industries like civil and mining should you feel like making a big change in your career.

Hamed Soroush is an internationally recognized geomechanics expert with more than 17 years of experience applying principles of rock mechanics within the mining, civil, and oil and gas industries. He has conducted or managed more than 100 consulting and research projects worldwide and is currently working for Shell as a geomechanics advisor in Houston. Before that, Soroush was the global geomechanics advisor for Weatherford, based in Dubai, providing project coordination, support, and training for geomechanics and petroleum engineering applications. He has also worked with numerous other companies in the Middle East, Asia Pacific, North Sea, and South America regions. Soroush holds a BSc in mining engineering, an MSc in rock mechanics, and a PhD in petroleum engineering from Curtin University of Technology in Australia. He has published three technical books and many journal and conference papers. Soroush has given several industry short courses and has served as a steering committee member for many conferences and workshops. He was selected as an SPE Distinguished Lecturer for 2012–13, presenting on the geomechanics of unconventional resources.