How to Tackle the Challenge of Mature Field Development 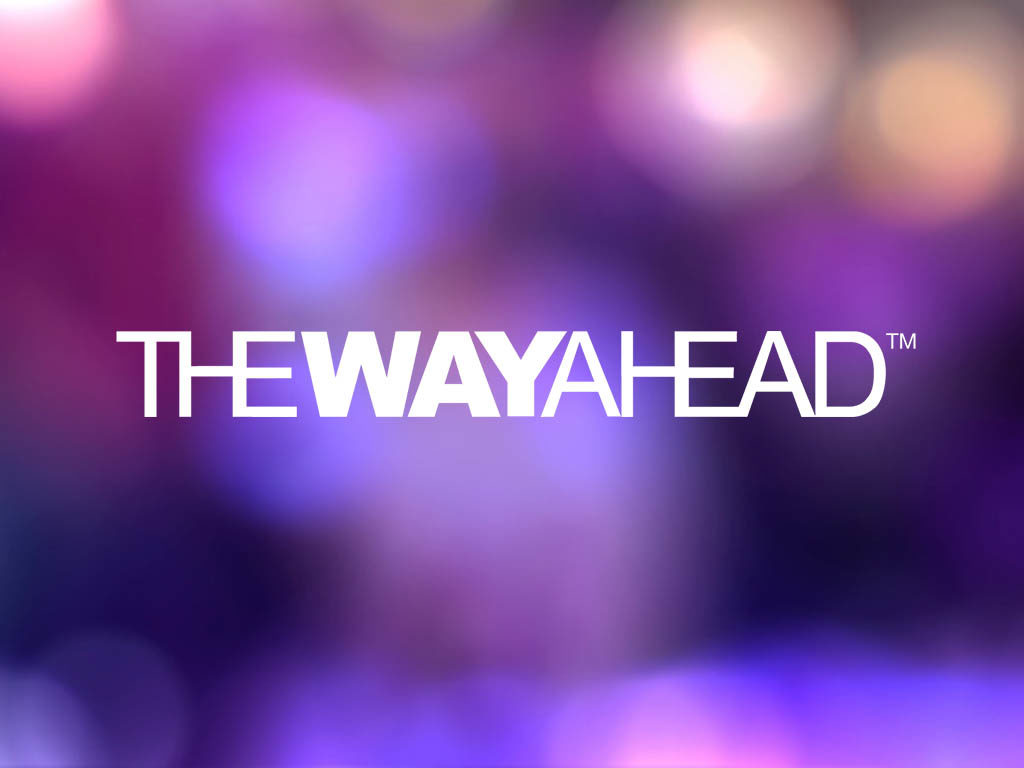 Question: What is a mature oil field in your opinion?

TM: An oil field can be classified as mature when its production rate is significantly declining and/or when it is close to reaching its economic limit. A field might also be considered mature when it is close to attaining a recovery factor considered acceptable for its reservoir mechanisms. Typically, a mature field will have very old wells and aged equipment and infrastructure which have a higher risk of safety and environmental issues.

BT: One that has been in production for many years and has depleted its primary and secondary reserves. Consequently, its facilities and technology are usually also very old.

Question: What are the methods and technologies used to produce mature oil fields?

TM: There are several methodologies and technologies available to revitalize mature fields. However, before selecting which one will be used, it is necessary to assess what is the “target prize” of your revitalization project.

The first step is to get a solid characterization of the reservoir to reduce the technical uncertainty of the resources associated with your project. Today there are many new tools including logs, modeling and visualization software, and seismic to help you to identify bypassed oil in your reservoir.

You can even just choose to revamp your wells and facilities keeping the same production scheme.

By using some of these integrated reservoir-management techniques, a young professional will be able to design a field-rejuvenation plan that maximizes production and reserves.

BT: Various techniques that can be used include waterflooding, miscible and chemical (e.g., polymer, surfactants, alkali, and ASP) flooding, and steamflooding (for heavy viscous oils).

Question: How have these methods changed over time?

TM: Technology and computing power have evolved significantly, which streamlines the process and timeframe to develop a more accurate characterization of the reservoir. The new technologies and techniques include 3D and 4D seismic for data processing and interpretation, 3D visualization, new coring and well testing, and advanced software for modeling and simulation. These tools allow you to build models with thousands of wells and finer gridding with faster run times.

BT: In the past only waterflooding was used. Now a variety of EOR technologies are applied. CO2 miscible flooding has become very popular as well. Previously, some hydrocarbon miscible flooding was implemented where applicable. But the hydrocarbon molecule being used became too valuable to inject into the ground. CO2 does not have as much use or value, so it became more economical to use CO2 instead of the more valuable intermediate hydrocarbons (ethane, propane, butane, and pentane). For shallow heavy-oil reservoirs, steamflooding has become popular. In certain limited locations, chemical flooding has been gaining ground.

TM: If a field has considerable remaining saturation, in part, the reservoir and fluid properties will control which IOR or EOR process(es) are most suitable. There are many industry tools that can be used for preliminary screening of these processes. However, the integrity of the infrastructure and wells, the field location, and the availability of the injectants or additives significantly influence the economic feasibility of any of these processes.

An example is a mature offshore field, with properties that make it an EOR candidate, and that still has high movable oil saturation. In practice, the feasibility of applying an EOR process in this case is low due to the status and capacity of the infrastructure and the capital investment required to upgrade the facilities to accommodate an EOR infrastructure. Operational expenses associated with the transportation or manufacture of injectants or additives might also be cost-prohibitive. This could also be the case with remote onshore fields, where the cost of transportation of additives/injectants, equipment, supplies, and spare parts would outweigh the benefit of extending their productive life.

BT: Initially some simple screening techniques are applied but, in my opinion, these have limited applicability. Nearby analogies can be useful because, if a similar nearby field has been successfully flooded, it increases the chance of success in your mature field. Reservoir simulation can give a good indication of the recoveries and rates to be expected from an enhanced oil recovery project. Core floods and other lab tests are important tests to be done which can give an indication of the results to be expected from a particular flooding technique. Such lab tests also provide important data for input to reservoir simulation models.

Question: What type of mature fields do you foresee as attractive candidates for trying enhanced oil recovery methods?

TM: An ideal EOR candidate field should have remaining oil saturations greater than 35%, reservoir properties that are conducive to EOR, access to an injectant source (e.g., water, CO2), accessible location, and acceptable infrastructure and well integrity.

BT: In general, fields with high permeabilities and high oil saturations, and fields that have already undergone successful IOR methods, such as waterfloods, make the best candidates. Reservoir continuity is also important and desirable. Large reserves of remaining oil in place and thick formations can also be important. But less ideal reservoirs should not be ruled out. If money can be made, EOR techniques should be  applied.

Question: How does a mature oil field’s cost of production compare to a regular field?

TM: In most cases, production costs of mature oil fields are low when compared to regular fields. Undoubtedly, the cost of extending the field’s productive life will require extensive capital investment. To do a fair comparison, one needs to analyze and prioritize each project under the current oil industry economic scenario, whereby sustained high oil prices have been driving production cost increases due to the scarcity of rigs and skilled manpower.

It is worth mentioning that the majority of new conventional oil production is coming from deepwater basins where production costs are very high. Secondly, the current discovery rate of new fields is low and the costs associated with the development of this new oil is in some cases four to five times the cost of producing oil from onshore, shallow offshore, and mature fields.

BT: Generally the cost of production is higher because water/oil ratios and gas/oil ratios can be high and production rates are low.

Question: Where are mature oil fields mostly concentrated in the world?

TM: I have not done an extensive search on the number of mature oil fields recently, but I will guess that China, the US, Middle East, and former Soviet Union contain the largest number of fields—followed by some members of the Organization of the Petroleum Exporting Countries (OPEC), such as Venezuela.

BT: Mature oil fields are located all over the world because the oil industry is a mature industry. But the places where they are most concentrated are: the USA, Russia, Middle East, and China.

Question: Are there additional environmental regulations to be followed for mature oil fields?

TM: Generally, mature fields have an infrastructure that is aging and was likely built before many of the current environmental regulations were adopted. It is likely that the highest exposure are oil spills from aged wells and facilities, as well as gas venting due to the need for shutdowns for maintenance and repair.

BT: Not really. Different conditions may mean different regulations are relevant. In the USA, for example, the Clean Air Act and Clean Water Act still must be followed.

Question: Mature reservoirs are accompanied by old wells. So what are the different well-integrity practices used in these mature oil fields?

TM: Well-integrity practices might include scheduled Christmas tree or wellhead maintenance, cement-bond logs, pressure tests, temperature and ultrasound logs, or downhole sensors to detect casing, tubing, and valve leaks. Repairs or intervention activities must have very specific and rigorous plans for addressing barriers to prevent uncontrollable flow from the wellbore to the external environment: At least two independent barriers need to be in place during all well activities and operations, including suspended or abandoned wells.

BT: Wells have to isolate formations so that oil and salt water cannot contaminate drinking water supplies. It is also necessary to keep hydrocarbons from migrating into other formations and becoming lost. Wells that lose integrity generally have to be plugged and abandoned and/or re-drilled.

Question: Do you think young professionals should consider working on a mature reservoir where many processes and methods have already been tested or on a new field where he/she can implement novel technologies?

TM: I believe mature fields give you the opportunity of reviewing the field history and learning from past events. This allows you time to expand your knowledge and become more proficient in reservoir and production engineering. Additionally, in the current economic scenario where oil prices seem to stay above USD 80/bbl, it is reasonable to expect that oil companies will continue to develop projects to revitalize or extend the production of their mature fields. This focus gives young professionals the opportunity to use their creativity and enthusiasm to apply novel technologies.

BT: It doesn’t really matter. Each situation creates its own challenges and experience. The oil industry is an exciting business. It is always interesting. So take your opportunities when they arise. TWA

Thais McComb currently works as a CO2 enhanced oil recovery (EOR) advisor for Chevron in Houston. With 30 years of broad experience in reservoir engineering, she has worked for 15 years in research and development related to CO2 injection (fluids phase behavior, rock characterization, slim-tube and core experiments, asphaltene precipitation and dispersion), water injection (conformance control and formation damage), chemical EOR, and heavy oil with Elf Aquitaine (France) and PDVSA (Venezuela). McComb has also held numerous reservoir-management team lead positions in Venezuela (PDVSA and Shell) and the US (Chevron) that involved high-temperature/high-pressure hydrocarbons, N2 and CO2 injection, chemical EOR, high H2S production, and heavy oil. She holds a BS in petroleum engineering from the University of Zulia, Venezuela, and an MS and a PhD in chemical engineering from the Institute Nationale Polytechnique de Toulouse (INPT) in France.

Brian F. Towler is the CEAS (College of Engineering & Applied Science) fellow for hydrocarbon energy resources and professor of chemical and petroleum engineering at the University of Wyoming. He began his career as a senior reservoir engineer at Arco in Plano, Texas. He returned to Australia to work as the principal reservoir engineer for Oilmin and Moonie Oil. Towler served as chairman of the SPE Queensland Section. Subsequently, he joined the University of Wyoming as an assistant professor in petroleum engineering, where he has conducted research in reservoir simulation, wax mitigation, wellbore stability, coal gasification, and bentonite plugging. In 2004, he was promoted to professor and appointed head of the Department of Chemical and Petroleum Engineering. In 2008, he was appointed CEAS fellow. Towler received his PhD in chemical engineering from the University of Queensland (Australia). He has two published books: Fundamental Principles of Reservoir Engineering (SPE) and Coal Gasification and Its Applications (Elsevier). He has been a registered professional engineer in the state of Wyoming since 1998.