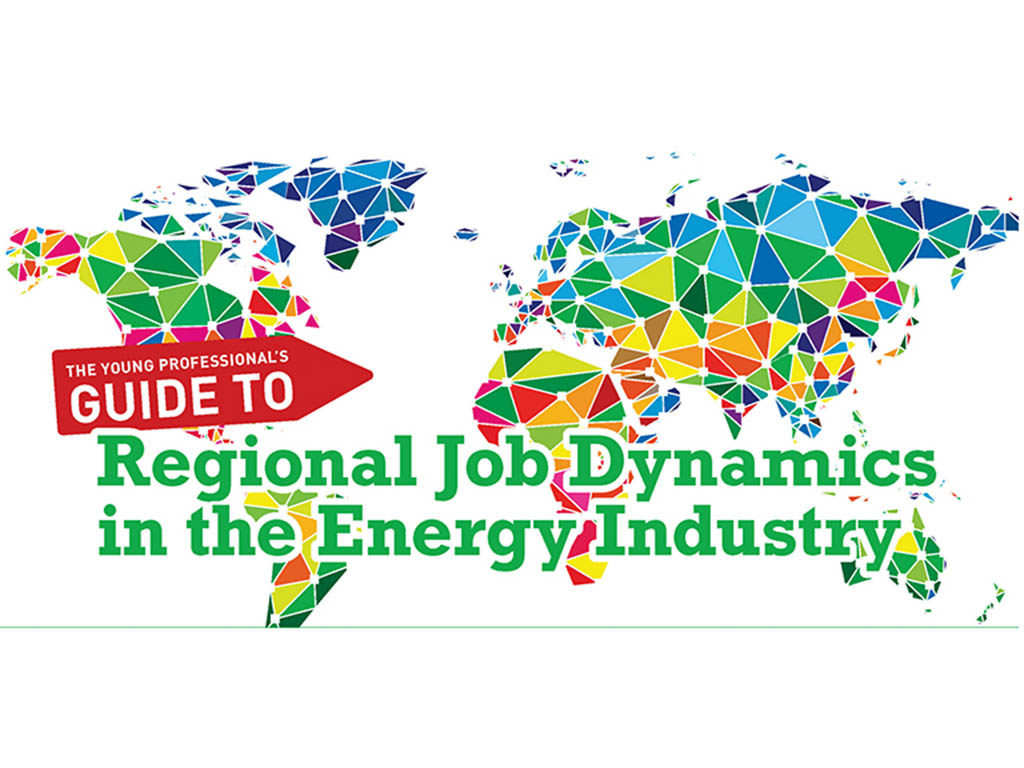 Where oil is first found, in the final analysis, is in the minds of men.

“Towards a Philosophy of Oil Finding,” Bulletin, American Association of Petroleum Geologists, 1952

All over the world, job scenarios in the oil and gas industry are being constantly driven by an ever-changing combination of factors. In some regions, technology advancement is the overriding influence. In others, it’s geopolitics. Elsewhere, market expansion is the predominant factor in job creation. But whatever the regional job dynamics are, the common denominator is our own mental energy.

With a land area greater than the continental United States, Brazil is the largest country within the continent of South America. According to the US Department of Agriculture, “Brazil’s population of 193.7 million in 2010 is the largest in [South] America and is expected to grow by an additional 20 million over the coming decade. Brazil, the seventh-largest economy in the world, is [South] America’s biggest economy, producing 38% of the continent’s gross domestic product, according to the World Bank.” Some analysts even identify Brazil as an emerging global power.

Known also for its vibrant culture, its sports achievements, and the Amazon—the richest and most biodiverse rainforest in the world—60% of which is within its borders, Brazil is an attractive tourist destination, with 5.5 million tourists in 2012. But, tourists are not the only people attracted to this magnificent country.

Brazil’s largest petroleum entity is Petrobras, a semi-public company, the majority of which is owned by the state. In addition, a large contingent of oil companies operate in Brazil, including Shell, Chevron, ExxonMobil, Repsol, BP, Anadarko, Galp Energia, Statoil, BG Group, Sinopec, and ONGC.

According to the BP Statistical Review of World Energy June 2013, Brazil has over 15.3 billion bbl of proven oil reserves. More than 90% of Brazil’s oil production is offshore in ultradeep water (up to 2000 m) and consists mostly of heavy grades.

Recent discoveries offshore Brazil are of presalt oil fields—highly faulted oil fields situated exceptionally deep under layers of rock and thick layers of salt. Significant technical hurdles must be overcome, making it critical to get the best, most-experienced companies to drill these wells.

Brazil actively supports technological advancement. Its federal government, together with the state government of Rio de Janeiro, provides incentives for companies to place a research and development (R&D) center in the Technological Park of the Ilha do Fundão, Rio de Janeiro. Located in a university region and near the Petrobras Research Center, the Technological Park houses R&D centers of companies such as GE, EMC, Chemtech, Schlumberger, FMC Technologies, Baker Hughes, Halliburton, Tenaris Confab, Usiminas, and BG Group.

An acute need exists for specialized professionals to tackle complex engineering and logistical challenges, as well as for prototype engineers in the construction, operations, and inspections arenas. Also, the need for constructing oil tankers for transporting the crude oil to shore increases each year. According to a PricewaterhouseCoopers report (The Brazilian Oil & Gas Industry; 2013), Brazil’s oil and gas sector currently employs 450 thousand professionals, a number that could increase to 2 million by 2020.

In 1956, Karatchok, Syria’s first oil field, was discovered by independent oil producer James W. Menhall, an American who had been approached by Syrian President Shukri Kuwatly in 1949 to come to Syria to prospect for oil. Menhall drilled six prolific wells in the Karatchok, and was preparing to drill the adjoining Rumeilan oil field when, on 5 October 1958, President Gamal Nasser of Egypt expropriated his concession and confiscated his equipment and three drilling rigs. This occurred during the brief union (1958–1962) between Syria and Egypt known as the United Arab Republic.

In 1968, Karatchok began production after a pipeline connecting it to the Homs refinery was completed. Syria began exporting oil in the mid-1980s. As of January 2010, Syria had oil reserves of 2.5 billion bbl, half of which are controlled by the government’s ministry of petroleum and mineral resources. The remainder are operated by a consortium of foreign nations, thereby creating problems for the development of the assets and, consequently, the job market.

The 3-year-old bloody civil war has placed a stranglehold on Syria’s oil and gas industry via various sanctions placed by other nations on Syrian banks, oil companies, and refineries. Operators such as Anglo-Dutch Shell ceased Syrian operations because of European Union sanctions despite over half a century’s relationship with Syria. French Total suffered a similar fate when war broke out and has since lost about 27,000 B/D of production. While expatriates do not hold the lion’s share of Syria’s energy jobs, they do contribute to the diversity of the workforce and to the exchange and transfer of ideas and knowledge.

In 2013, demand for oil in Egypt began outpacing domestic supply, thereby making the country a net importer of oil. One of the ways Egypt has mitigated the effect of this trade deficit on its economy is by increasing its natural gas exports. The nearly 200 petroleum exploration agreements signed in the past decade and a half could help increase the country’s crude oil production—down from a 1996 high of 922,000 B/D to 556,000 B/D in 2012. This 40% drop, along with a dearth of professionals needed to work these assets, has provoked the need for favorable policies toward outside investors. Regaining base production also strengthens a government attempting to solidify its power and win support from its citizens.

Despite the coup d’état that left former Egyptian president Mohamed Morsi facing trial, cash continues to flow into the country’s energy sector, which in 2010 added 700 million bbl of crude oil and nearly 58.5 Tcf of natural gas to its reserves, according to cairoenergy.com. Several  companies, such as BP, Apache, and Shell, possess concessions to operate in the country for 20-year periods. Such companies can offer the expertise of seasoned technical professionals to help augment production.

Other countries have also obtained access to Egyptian mineral rights. The state-owned Egypt General Petroleum Corporation works in various joint ventures with operators such as Eni, Repsol, BP, and Dana Petroleum to prospect for oil and gas. In principle, these companies would produce any petroleum found and the government shares the revenue with them. However, payments are stalled as the embattled government attempts to conserve cash. One way Egypt can save money and ensure timely payments within such joint ventures is by reducing subsidies for fuel, but unpopular policies like these are likely to provoke more unrest in the country. This delicate balance of enticing investment and appeasing an entire population creates risk for oil and gas companies, but continued activity suggests the rewards may outweigh the risk as new exploration continues and job seekers are still migrating to Egypt.

The national oil company Saudi Aramco is by far the biggest energy company in the world, generating more than USD 1 billion a day in revenue (according to Forbes.com) from the country’s reserves, estimated by Saudi Aramco at 260.2 billion bbl of oil plus condensate, along with gas reserves of 284.8 Tscf. Dhahran hosts Saudi Aramco’s headquarters—its first and largest gated compound, with more than 9,700 residents, both expats and locals.

In January 2014, Halliburton inaugurated its multimillion-dollar Unconventional and Reservoir Productivity Technology Center at King Fahd University of Petroleum and Minerals, located in Dhahran Techno-Valley. R&D solutions for conventional and unconventional reservoirs are being developed in collaboration with local universities to address challenges in the region. Halliburton currently employs about 3,000 people in Saudi Arabia and this new center is expected to further bolster employment and training opportunities for Saudi technicians and university graduates.

India imports more than 70% of its crude oil requirements, quite the opposite of oil-rich Saudi Arabia. What India does not lack is top-notch human capital in engineering and management.

The city of Bangalore, which is India’s information technology hub, hosts Shell Technology Centre Bangalore (STCB)—one of Shell’s three global hubs for technology, after Houston and Amsterdam. Royal Dutch Shell does not operate or hold any oil and gas acreage in India but STCB provides worldwide Shell locations access to the best Indian talent across the areas of upstream exploration and production activities; midstream piping and flow assurance; and downstream chemical, gas, and refinery operations.

STCB currently employs more than 1,000 technical staff, most of whom are graduates hired from the top universities in India, who work on special projects or workforce requirements of Shell International.